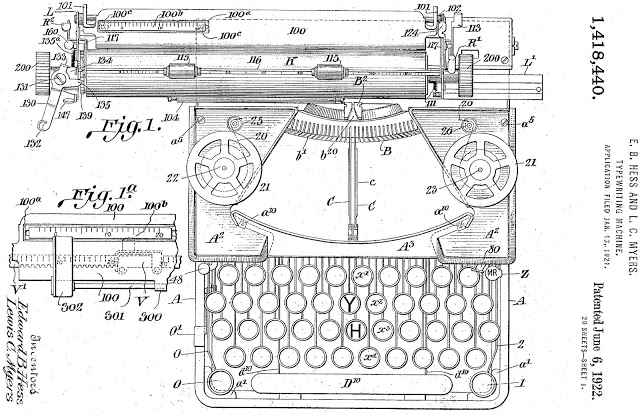 I’ll never forget the smell of my maternal grandfather’s basement. I haven’t been there since 2003, but that aroma — a sweet and potent mix of sawdust, Cuban cigars, potting soil (for the dozens of potted plants he somehow managed to grow to rainforest scale), and must — still pervades my memory. Just last year I was in a theatre in New York that smelled strikingly like that basement, and I immediately imagined myself sitting in the wooden banker’s chair that swiveled between his two desks, one of which held a massive old Remington Royal typewriter on which PopPop — known to the rest of the world as Richard Roy Myers — wrote us notes and jokes and typed up direction cards for the gadgets he made us in the workshop.

END_OF_DOCUMENT_TOKEN_TO_BE_REPLACED

My past two weeks have been devoted almost entirely to students: lots of grading, several big course preps, final reviews of a few theses and thesis proposals (one of which went through three rounds of revision in the course of a week), three weekend class activities or full-day field trips, lots of advising, etc. I found it quite quite funny when, as I was in the midst of a 70-hour work week last week, someone forwarded to me David Levy’s inane Washington Post article “Do College Professors Work Hard Enough?” Why yes, David, most of us do.

One of my course preps was for the architectural photography lesson in my Media + Architecture class. I wasn’t satisfied with my previous lesson, so I decided to start (almost) from scratch. Since there has been a good deal written about architecture (and cities) and photography, and because there have been many exhibitions of city photography, I assumed I’d find some helpful online resources or collections of photographs. Not really. I still had to spend eight or ten hours pulling together material from disparate sources. What follows is the result. I figure it might save some others the effort that I expended in creating it:

What were some of the early uses to which architectural photography was put?

Architecture was the ideal photographic subject during photography’s early history.

Role of these photographic documentation programs in supporting nationalism

Marville purposely took the photographs of Paris’s architecture and streets scenes when it was raining, so that the soft diffused light mixed with the rain on the cobblestone produced a PICTURESQUE image that elicited a feeling of perfection.

‘AFFORDANCES’ OF ENGRAVINGS VS. PHOTOS

Photography had an impact on the way architecture was taught and experienced.

Photographs provided inspiration for designers and proved instrumental to the birth of the new field of architectural history.

According to Colomina, Le Corbusier sees the house as constructing pictures, or scenes, as about movement through space as the unfolding of a movie or a narrative…. For Le Corbusier, houses built spectacles.

“You enter: the architectural spectacle at once offers itself to the eye; you follow an itinerary and the views develop with great variety; you play with the flood of light illuminating the walls or creating half-lights. Large windows open up views on the exterior where you find again the architectural unity…. Here, reborn for our modern eyes, are historic architectural events: pilotis (piers), the horizontal window, the roof garden, the glass façade.” (Privacy & Publicity, 5)

Joseph Tabbi, in review of Privacy/Publicity: “Houses became mechanisms for seeing, as evidenced by design sketches that begin with postcards pasted to the page (the tourist site/sight) and that figure the human by a large eye. The view was crucial to the house, not for light or ventilation (technology could take care of these needs) but for the vision they allowed. This vision, however, became more detached from the humanist observer, as it was modelled on the mechanical eye of the camera…. Architecture is not only photographed for display in books, exhibits, and magazines…, but is itself constructed to recreate the space of a photograph in its rooms and windows.”

Corb: “We are following somebody, the traces of his existence presented to us in the form of a series of photographs of the interior” – Colomina – voyeurism – gendered spaces

How was Corb using these photos? As documentation, technical and celebratory? As promotion? As a record of occupancy, consumption, lifestyle?

DEFINING MODERNISM THROUGH ITS IMAGERY

AUDIENCES FOR & PURPOSES OF ARCHITECTURAL PHOTOGRAPHS

Targeted at architects: “analytical, abstract, emphatically editorial and self-referential” – function to “describe and catalogue the geometry of a structure; to inform peers of the latest advances in the discipline; to reinforce the professional identity of designers…; to set normative benchmarks in the value judgment of a particular scheme; to establish paradigmatic norms of spatial representation” – tends to obey representational principles of arch drawings (Serraino 127)

Targeted toward consumers: settings become displays of objects of desire; space is staged to appeal to middle- and upper-class taste

(via) In the mid-1940s, as the United States faced the postwar challenge of housing three million returning soldiers, a few architects in Southern California rejected the idea of identical houses in suburban developments. The “Case Study House Program” initiated in 1945 by Arts and Architecture magazine, enlisted the talents of eight architects including Richard Neutra and Eero Saarinen, Charles & Ray Eames.

The program called for the design of eight houses that would demonstrate modern alternatives to tract housing.

The Case Study House Program embraced, first of all, a belief that the modernist ideals could be part of the postwar home. Second, there was a sense that all the new technologies and materials of the war effort could be used to do something besides harm people. Third, and most important, was the name itself: each house would be a “case study” of the needs of a particular client. It would solve the problems of the client, but in as universal a way as possible. Each client would be understood to represent a different type of homeowner, so instead of fetishizing the client’s needs, architects participating in the program would try to achieve the broadest possible solution.

Architectural Photographers’ Rhetorical Choices  Julius Shulman: How does he use light, props, people? Underlying ideologies in these images?

“Architectural photography prepares you only for the optimum condition, the best time of day, best position, the standard view, the authorized take, the truth against which all other views will seem irredeemably poor approximations” (Janet Abrams)