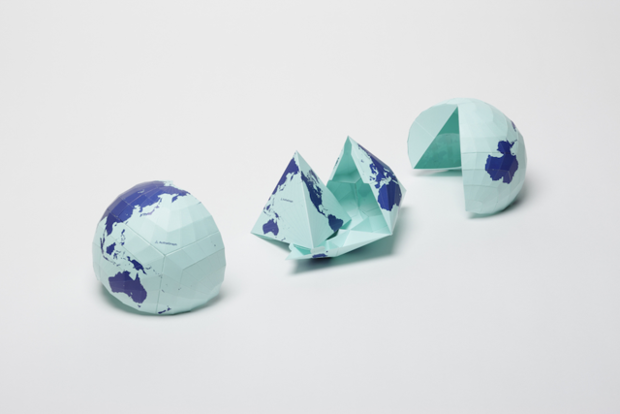 I just completed my second round of Maps as Media, a graduate studio in which we examine the history, politics, aesthetics, and methods of maps — and of mapping as a mediated methodology. Among the semester’s highlights:

And because our students came from a range of programs — Media Studies, Environmental Policy and Sustainability, Theories of Urban Practice, Design and Urban Ecologies, Design + Technology, Architecture, and Media Management — they brought with them an exciting mix of interests, disciplinary knowledges, and methodologies. This was a remarkably engaged and generous group; they all consistently shared their advice and expertise to improve one another’s projects. And we all benefitted from the able assistance of Fernando Canteli De Castro, who helped us navigate through the world of data sets and mapping software.

Once again, I was impressed by the range and quality of students’ projects:

Interested in mapping from the perspective of artificial intelligence, Alex speculated on how an AI in a post-human age might use cartography to “analyze humanity through its wreckage.” 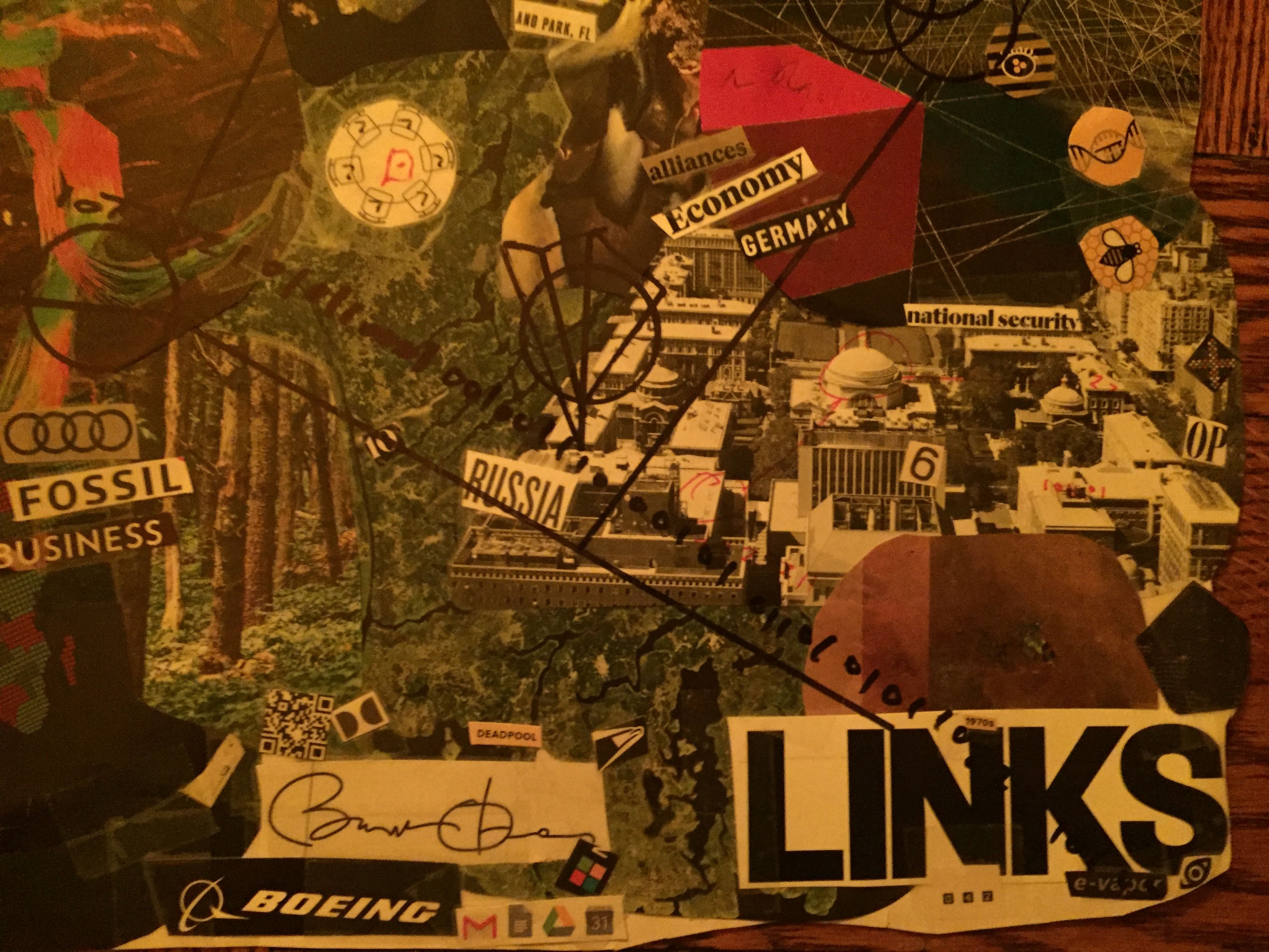 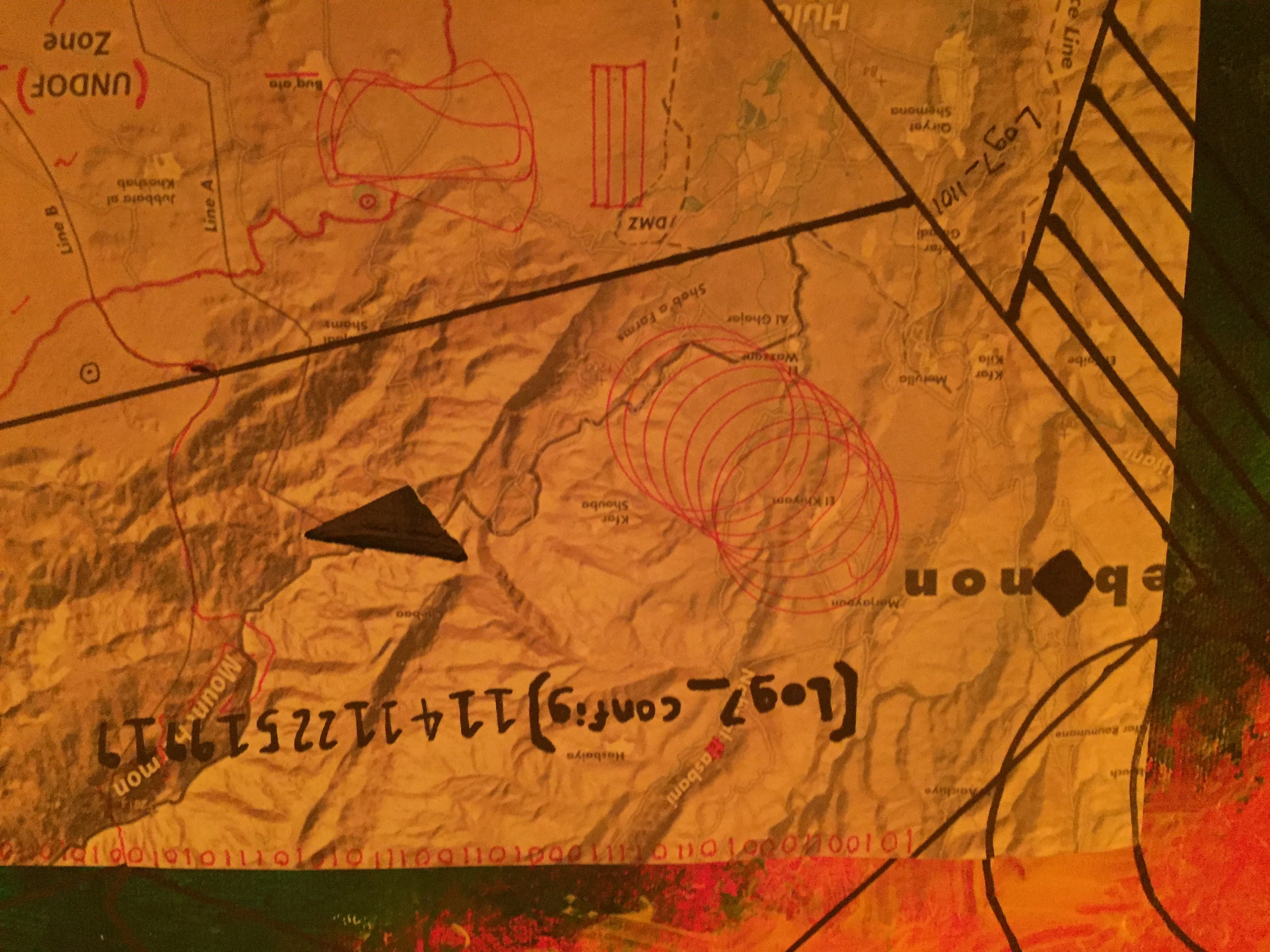 Anna’s atlas contained a variety of maps that “illustrate the role that welfare policy ‘reform’ played in the economic and sociospatial transformation of Los Sures (or “Southside”, Williamsburg)” — specifically, the changing character, form, and demography of the neighborhood. 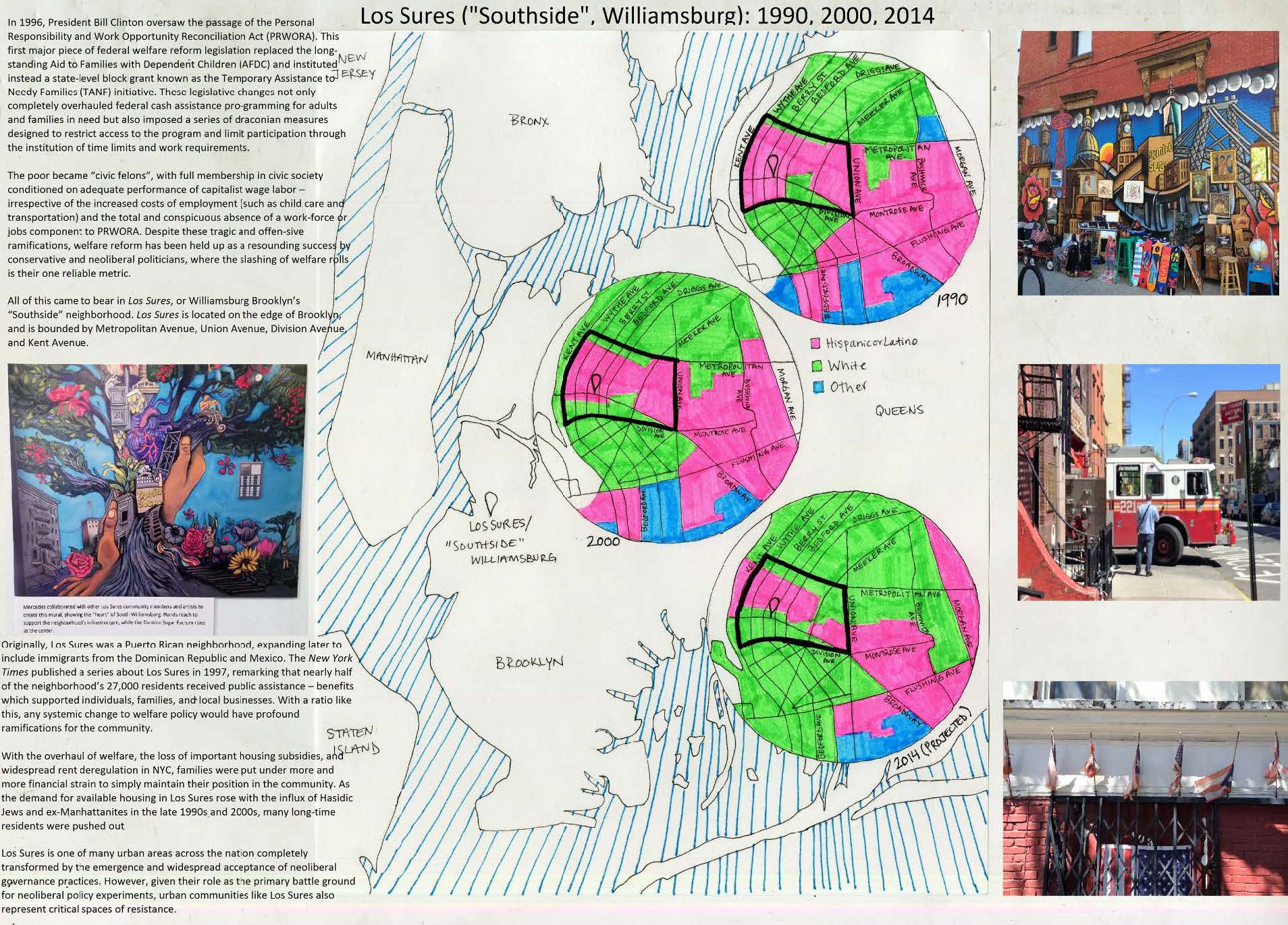 Christopher, who once worked for a luxury watchmaking company, was interested in strategies for mapping time — from micro-temporalities and our individual quirks of temporal perception, to cosmological and geological timeframes. 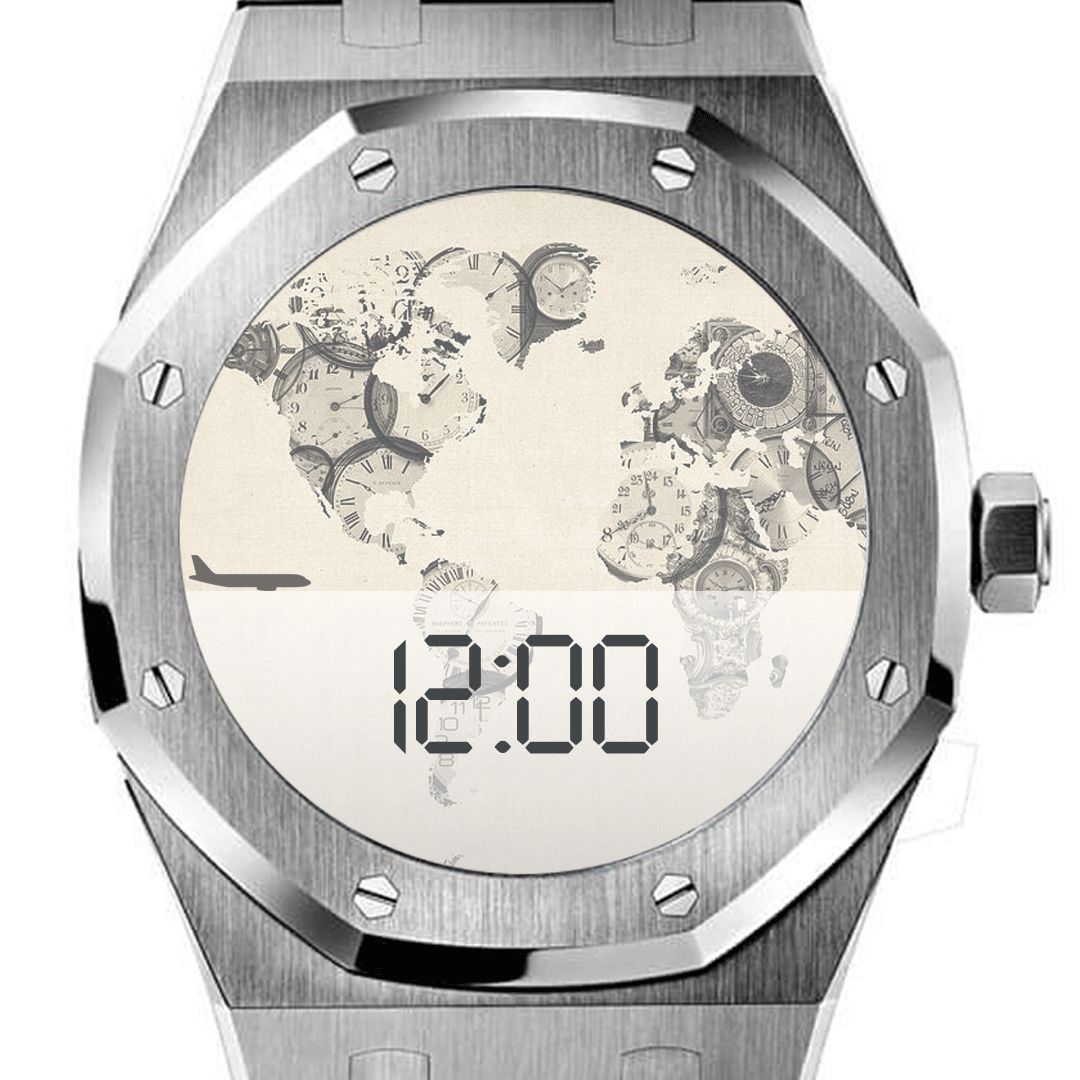 Francisco created a set of audio-visual compilations to map sound in the subway — ideally to encourage deeper consideration of how noise impacts both transit workers’ and commuters’ mental and physical health. 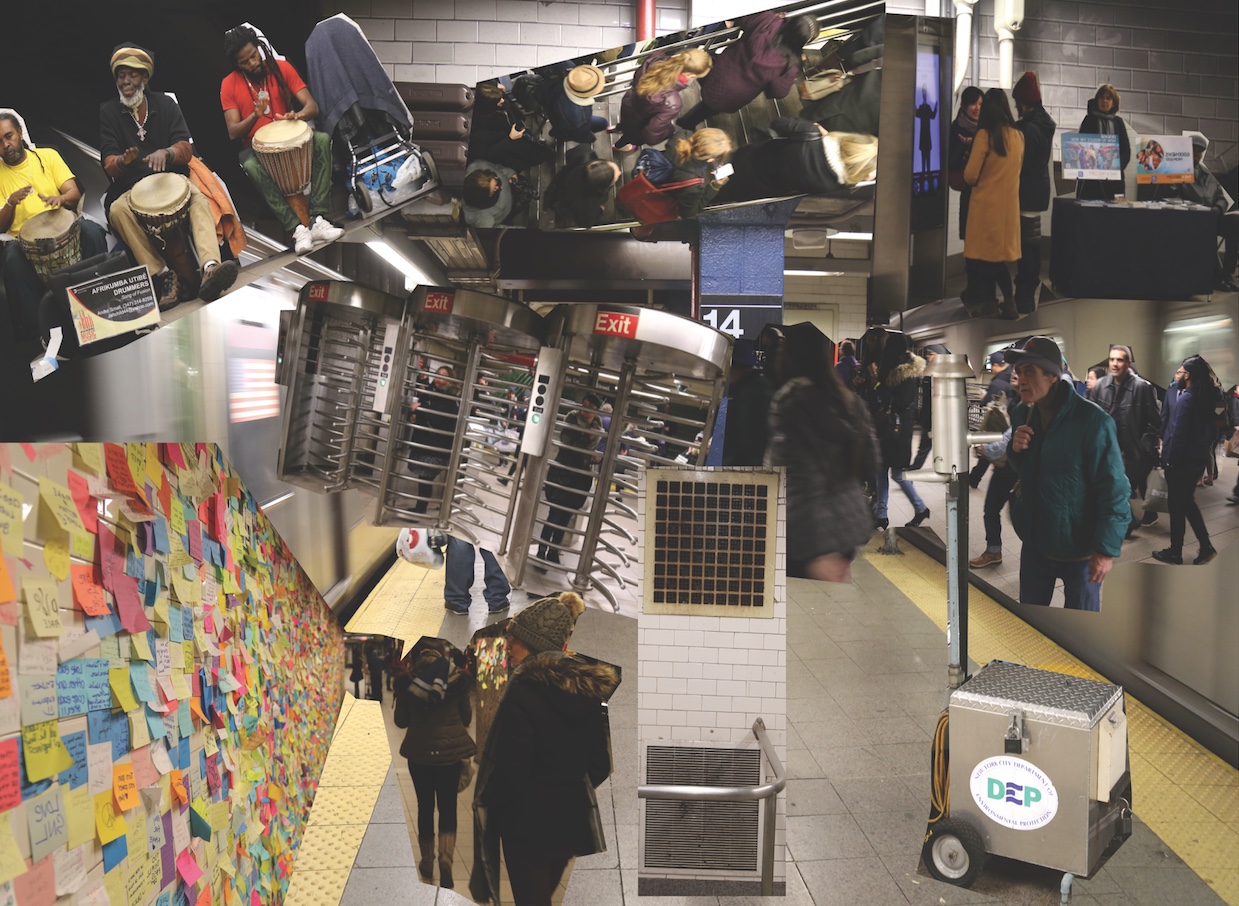 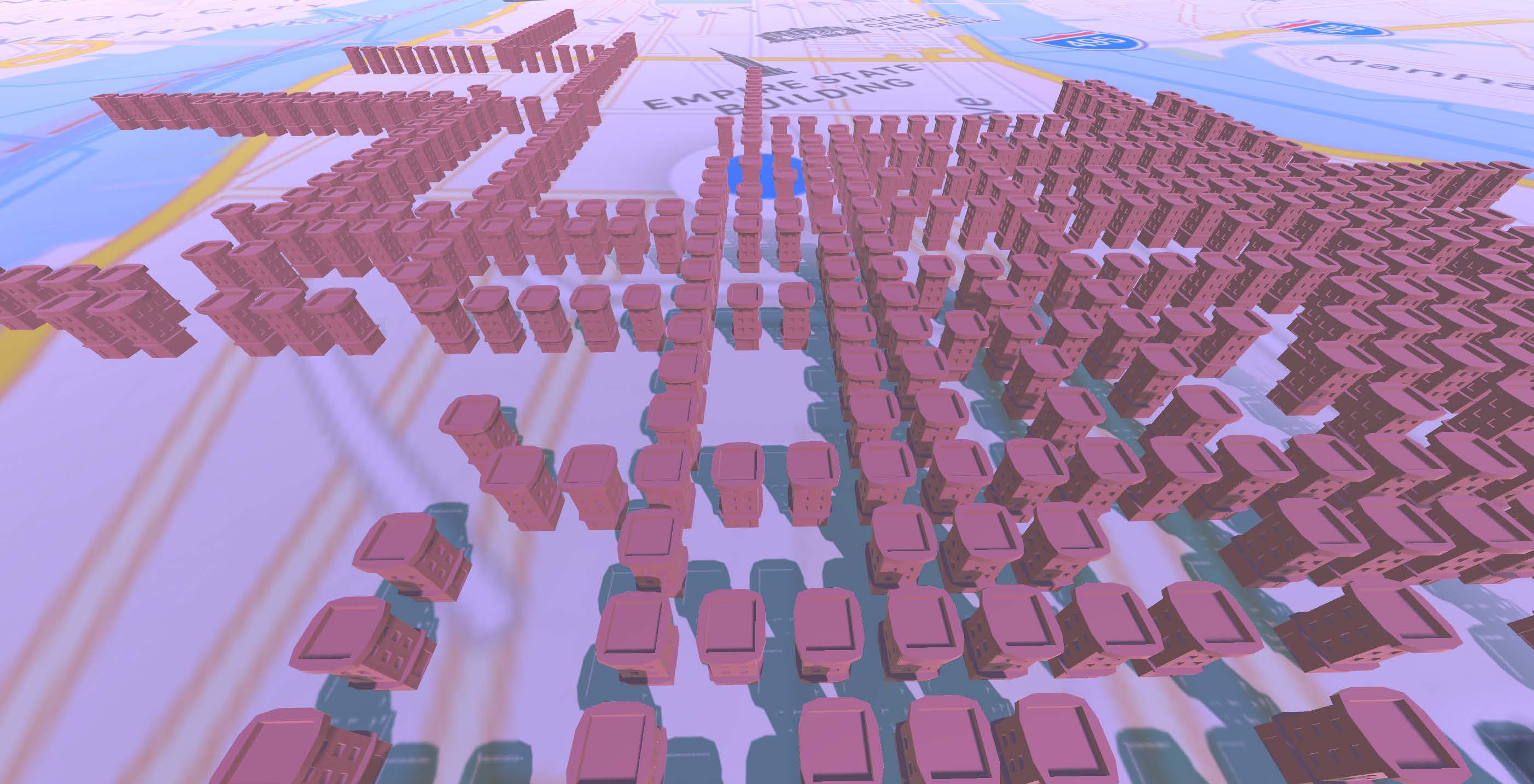 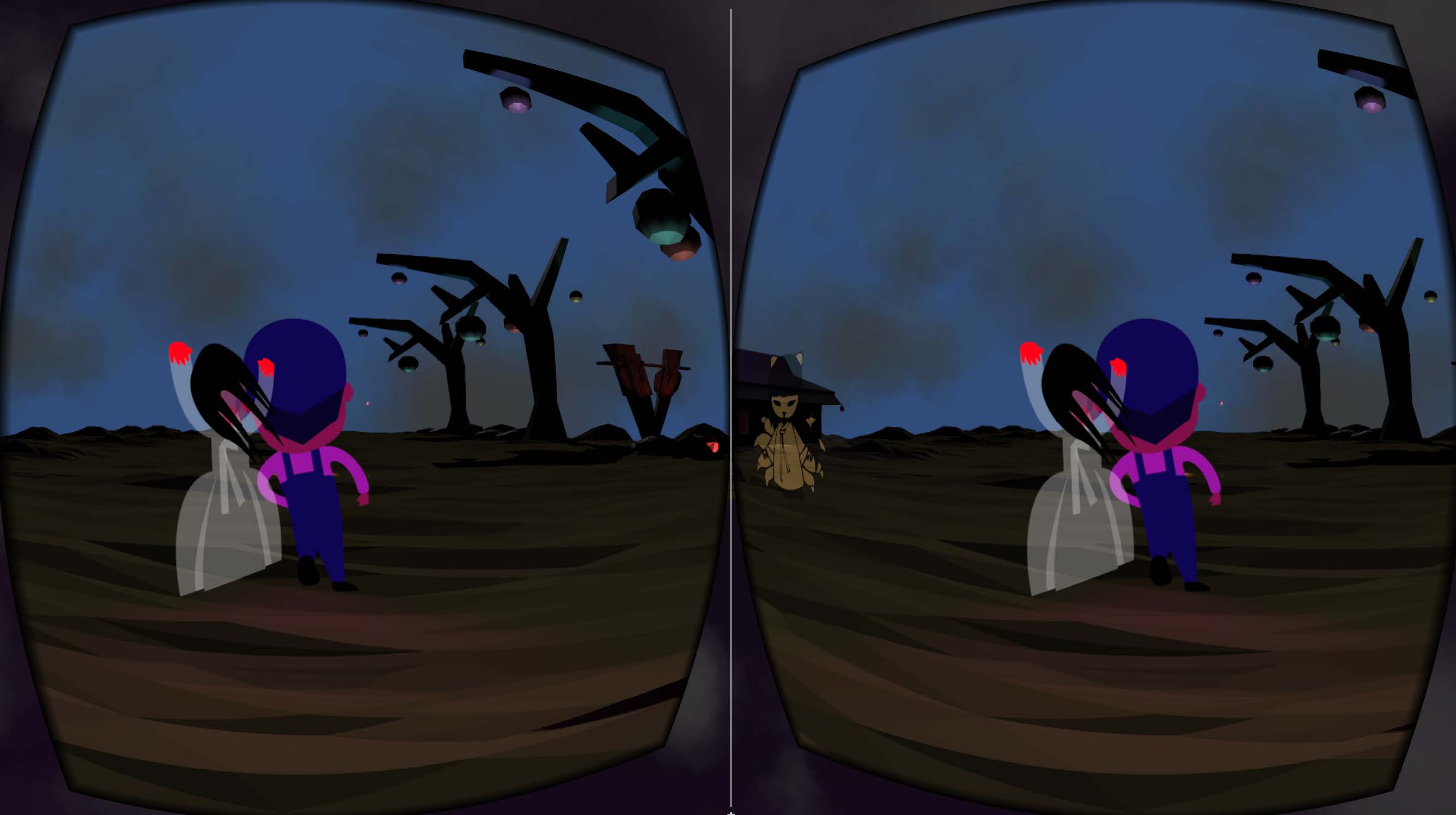 Heming wanted to understand the complexity of street life in New York’s Chinatown. In one project, she catalogued nearly 1000 Chinese-language street-level signs around and beyond the “official” borders of Chinatown, demonstrating that the neighborhood’s linguistic reach exceeds its political boundaries. 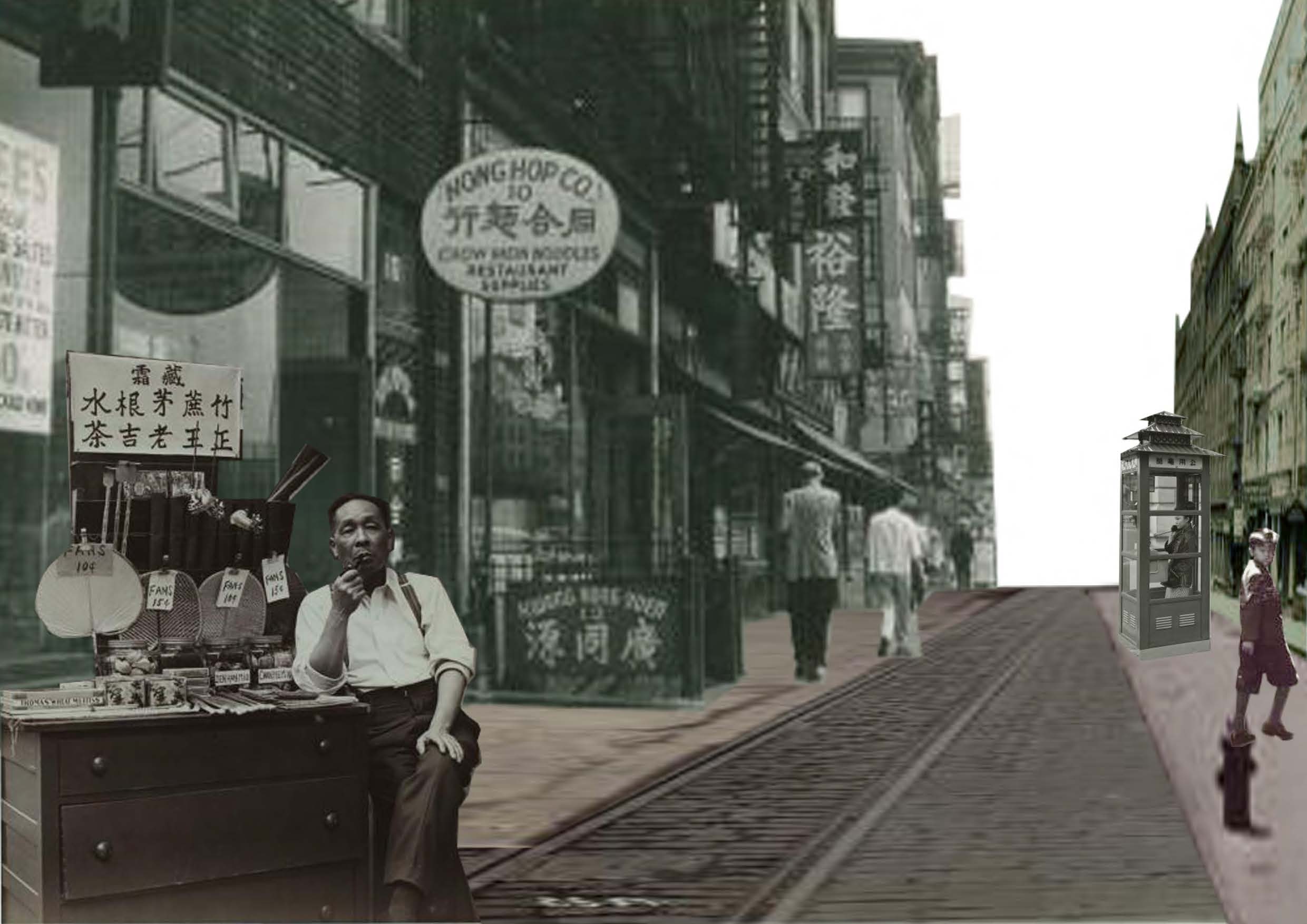 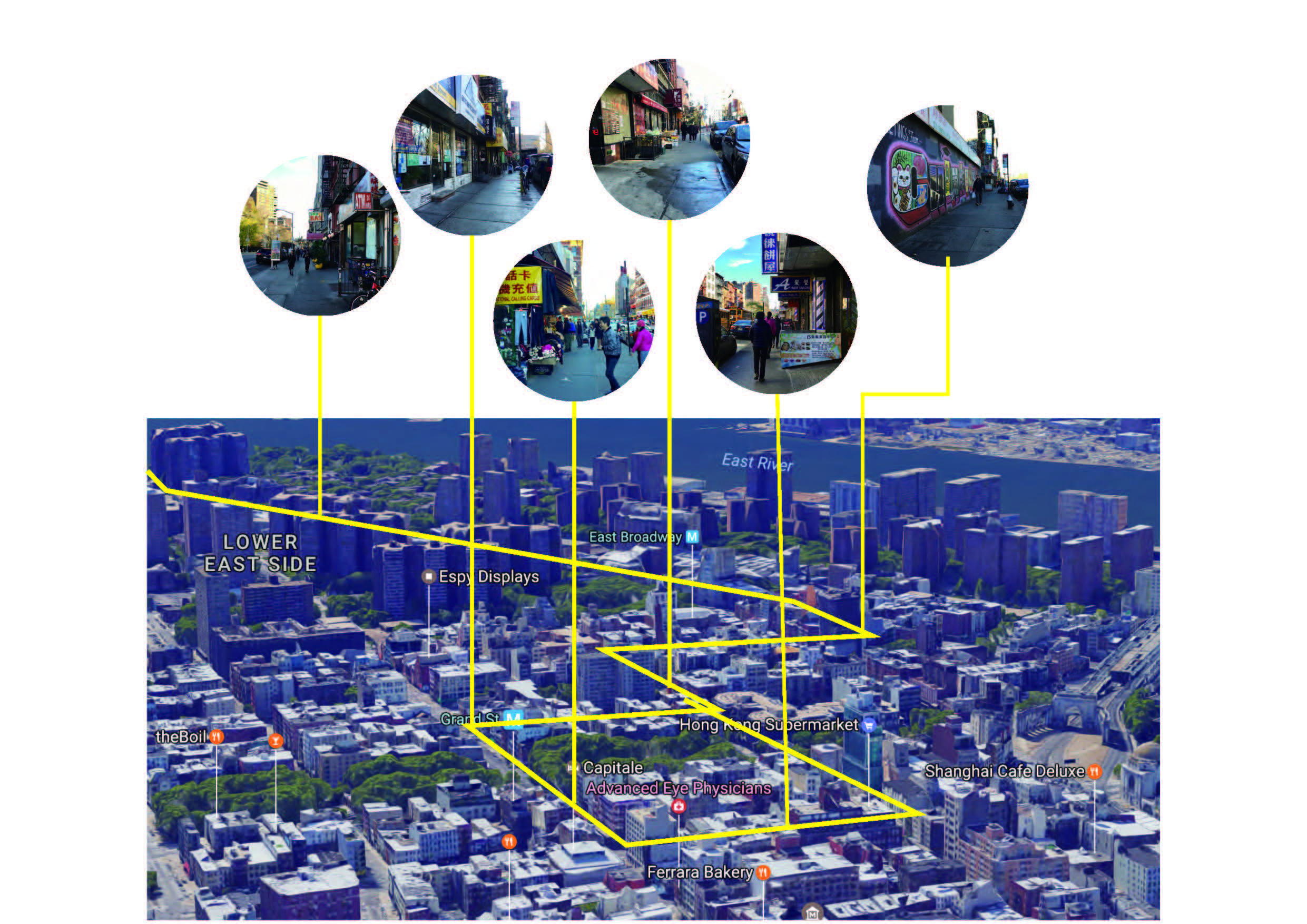 Inés created a physical map — with embedded audio players and an augmented reality layer featuring site-specific mini-documentaries — that demonstrated how public sports fields in the five boroughs function as sites of community-building, particularly among ethnic populations. 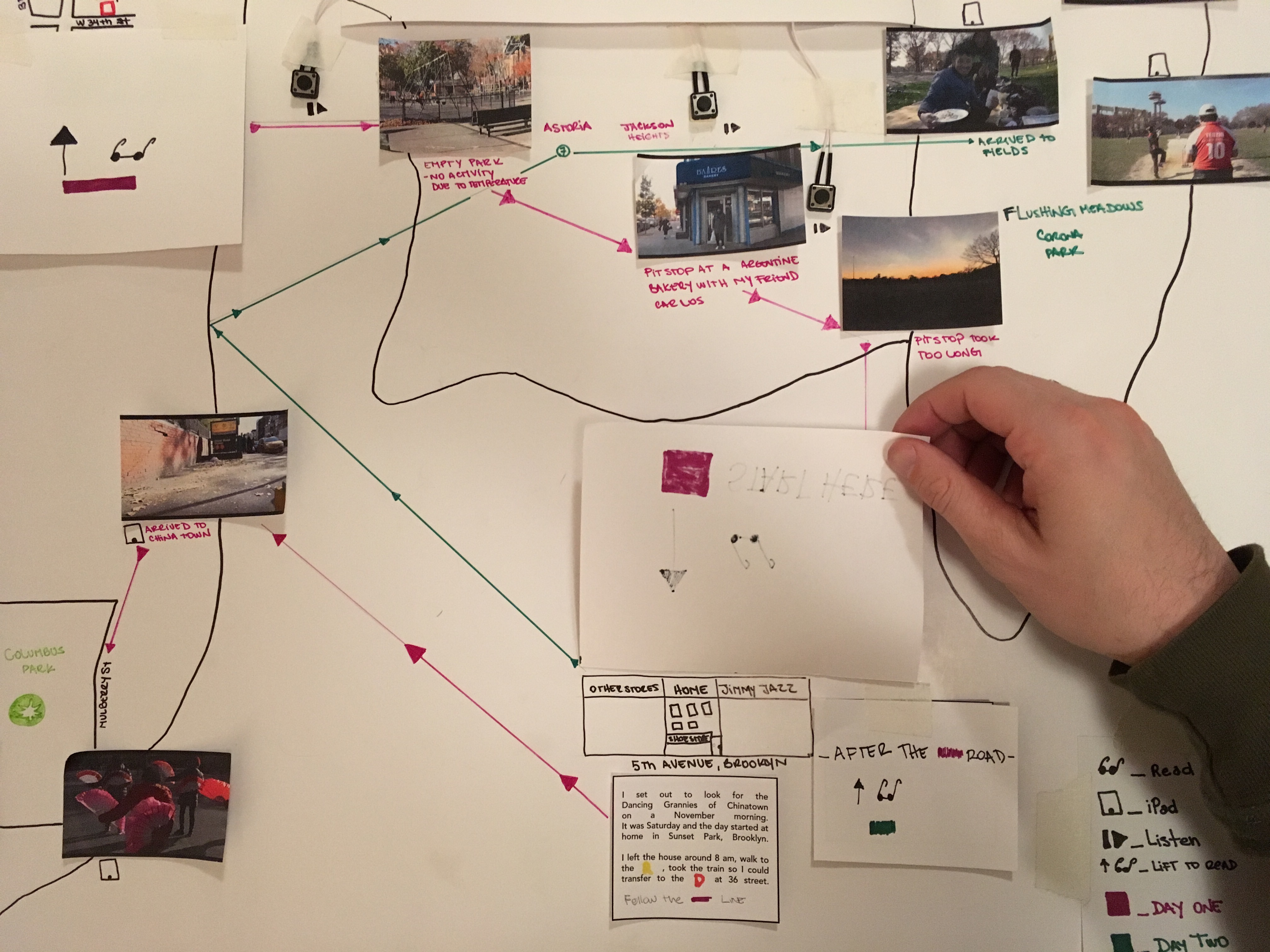 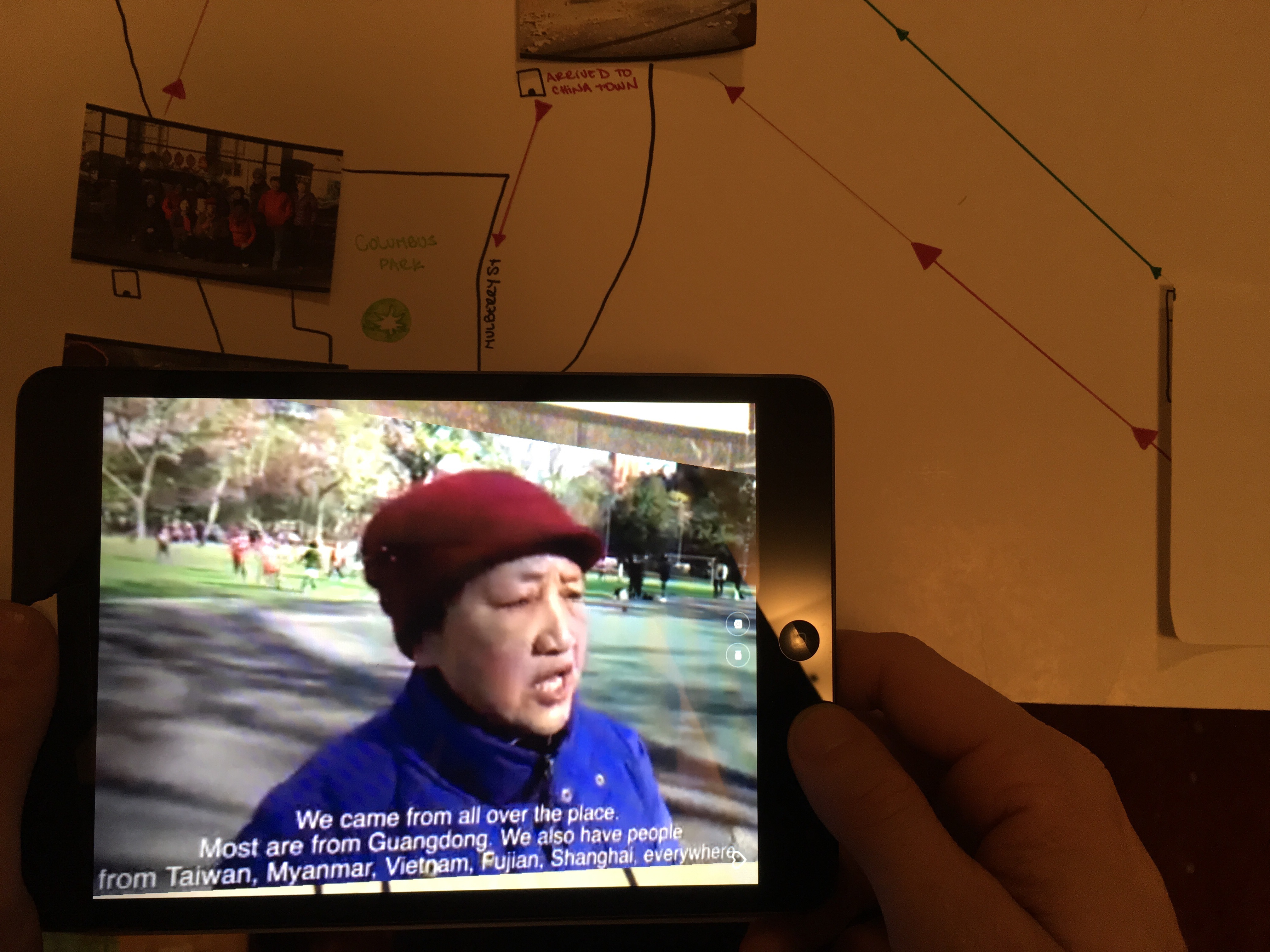 Jakob’s gorgeous atlas explored “the legacy and ongoing impact that urban renewal polices” — beginning with the 1949 Housing Act — “are having on the geography and social landscape of New York City.”

Jiyeon wondered how we might more compellingly and meaningfully map personal data yielded through “quantified self” technologies. Inspired by Lev Manovich, Daniel Goddemeyer, Moritz Stefaner, and Dominikus Baur’s On Broadway project, she geo-located and color-coded her Instagram photos and translated her daily movements about the city into colors and forms that she then rendered as textiles and jewelry. 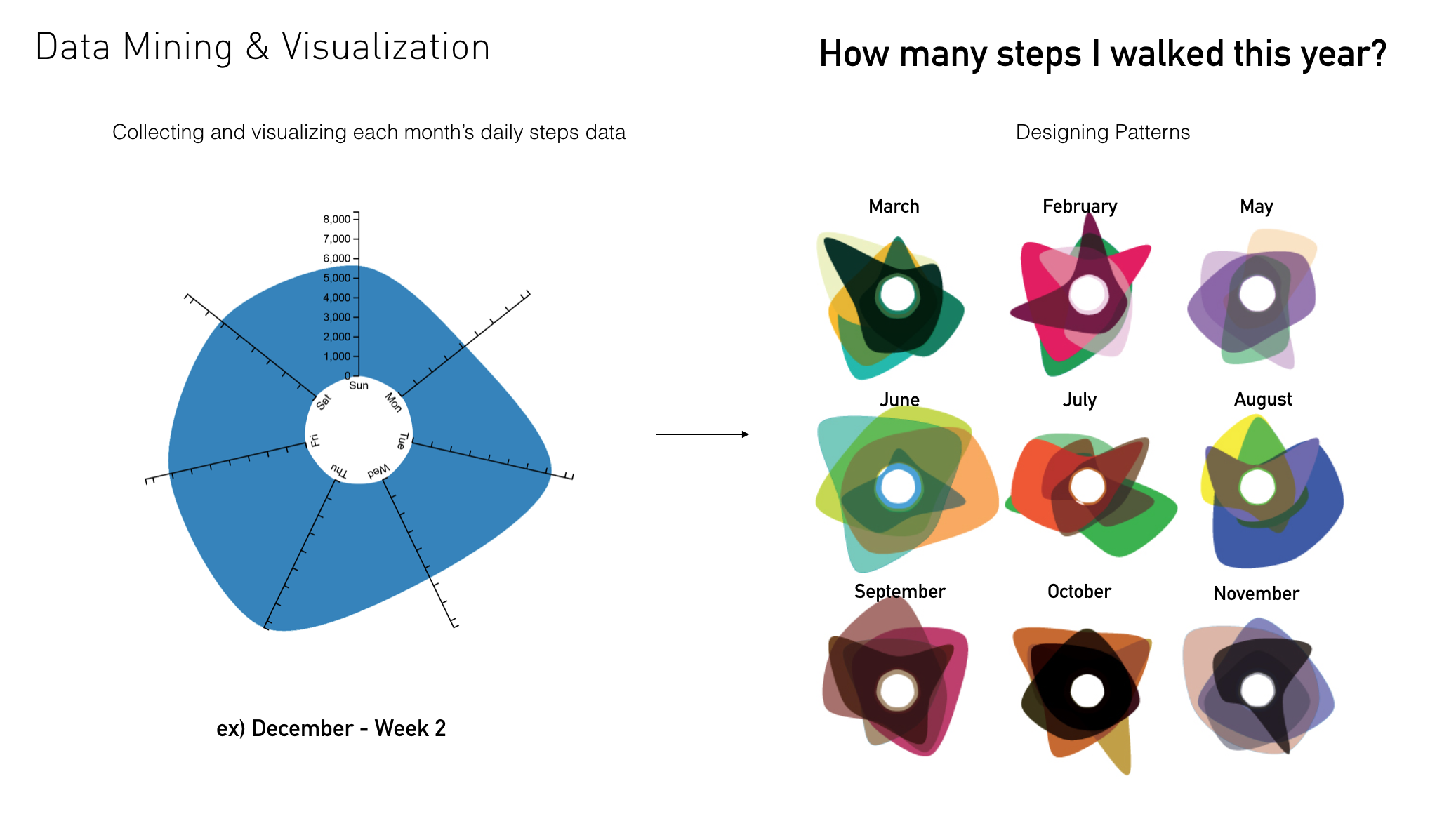 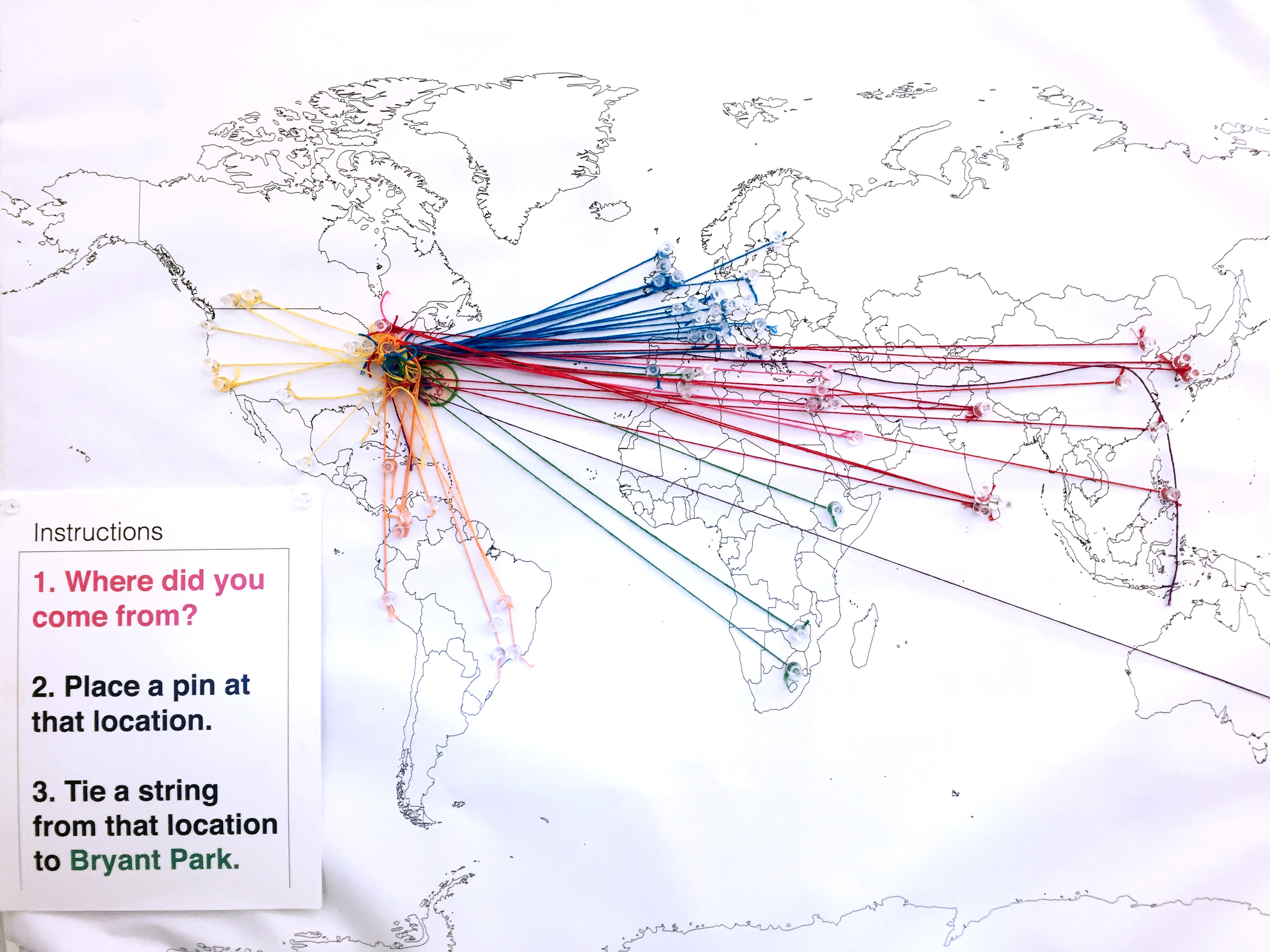 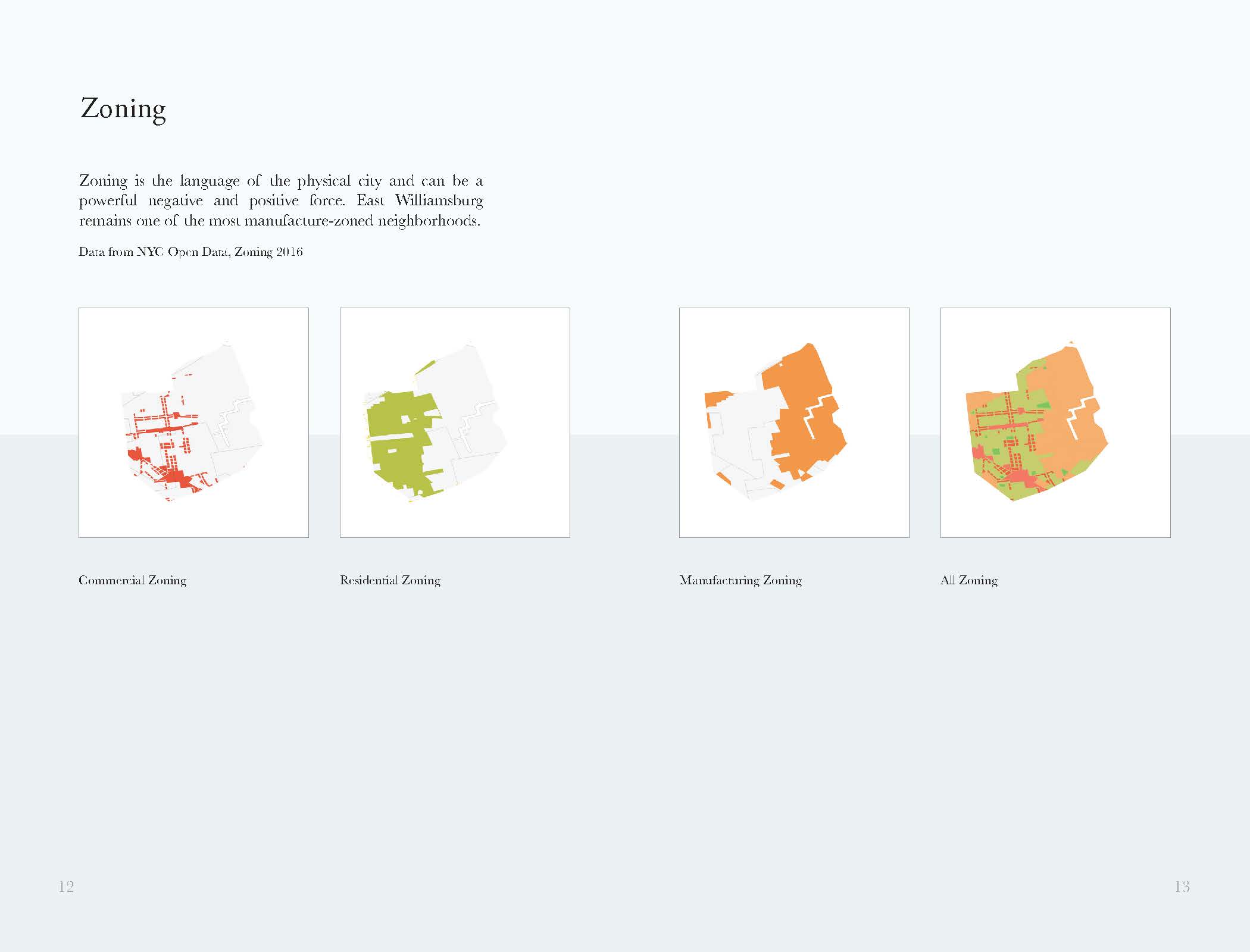 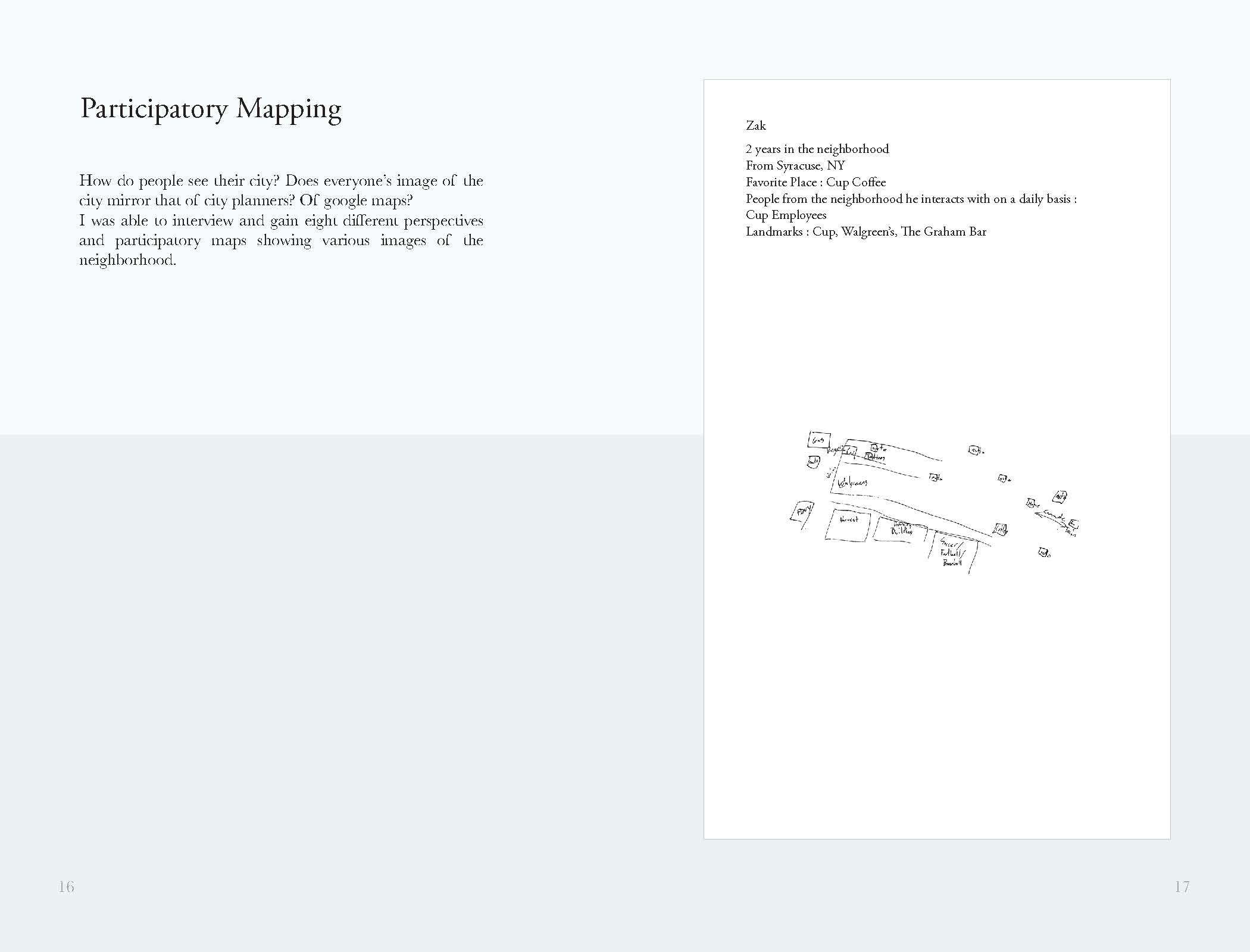 Kevin experimented with new ways of mapping the subway system, so as to make its three-dimensional architectures and ambient intelligences more intelligible to patrons. 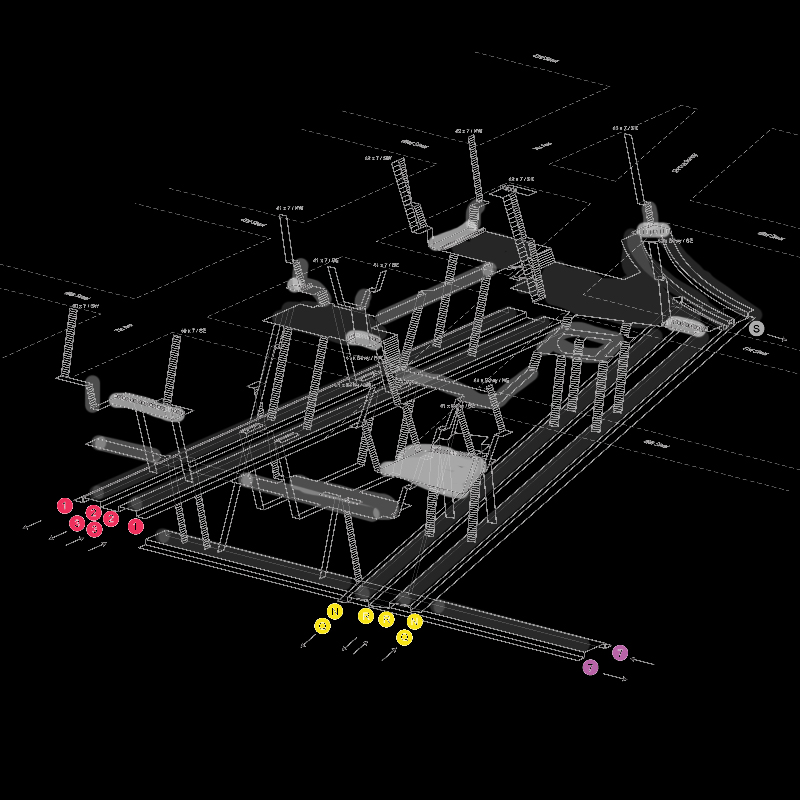 Environmental educator and sustainability policy analyst Tara sought to map New Yorkers’ proximity and access to, and their affective relationships with, “wilderness.” 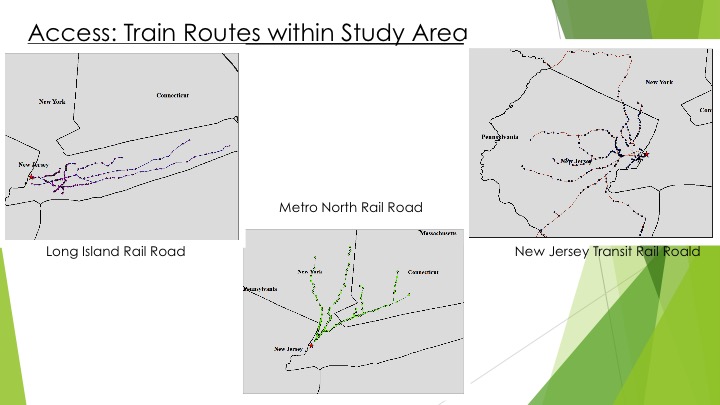 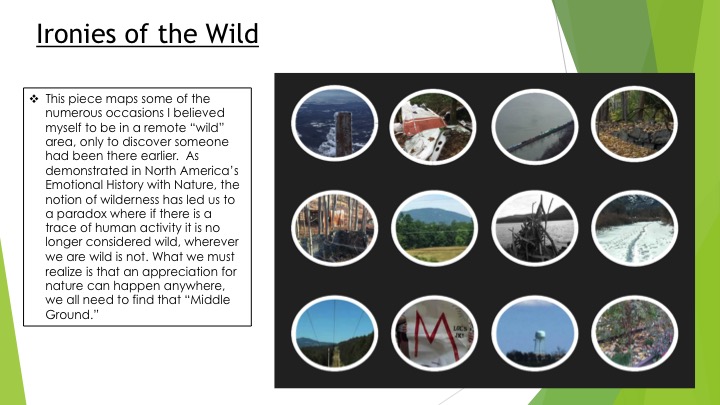 Zin, an architect, studied existing transit patterns in her home with of Yangon, Myanmar, and proposed new routes that would connect to the city’s areas of development, link its greenspaces, and incentivize residents from all socioeconomic classes to make more frequent use of public transit. 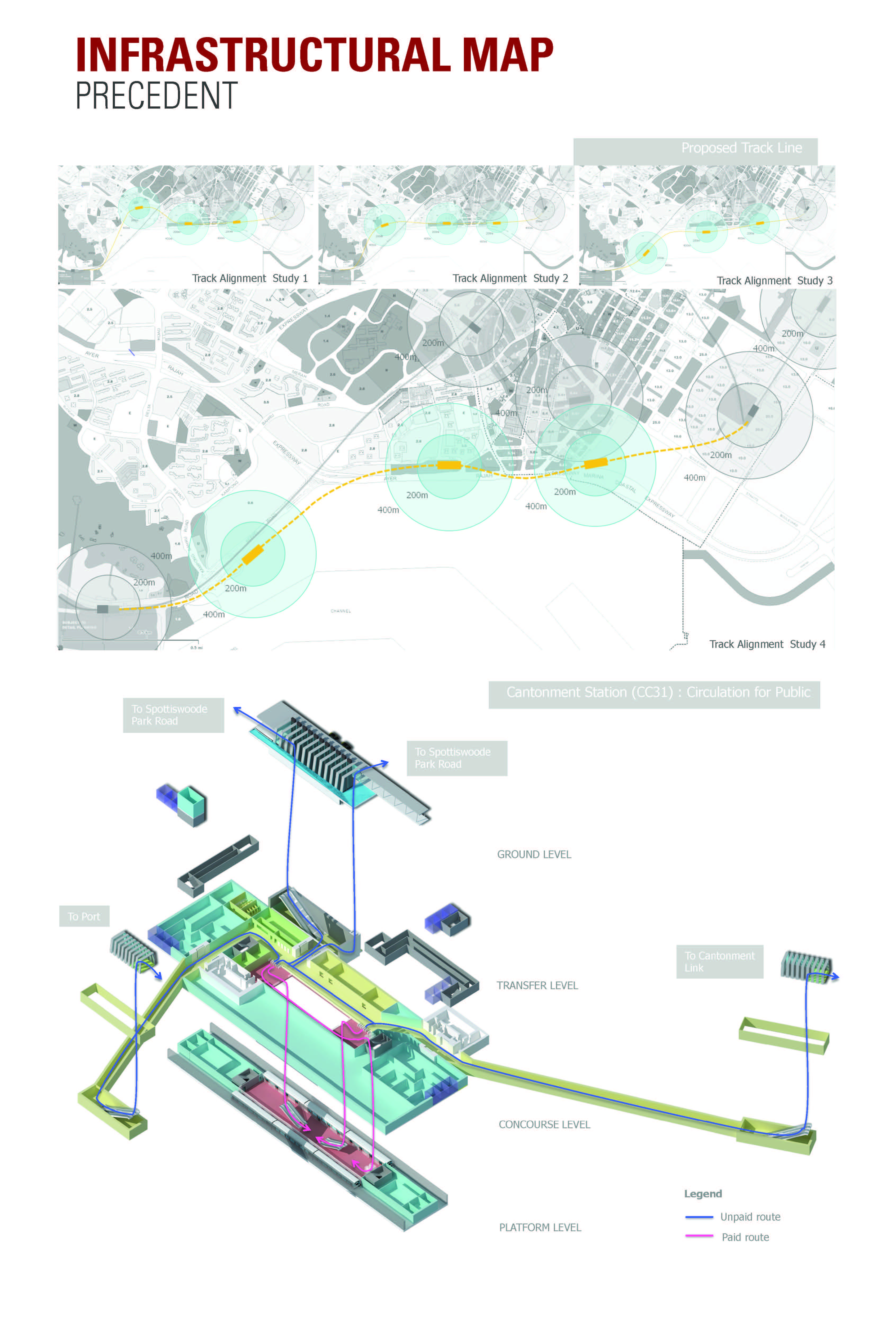