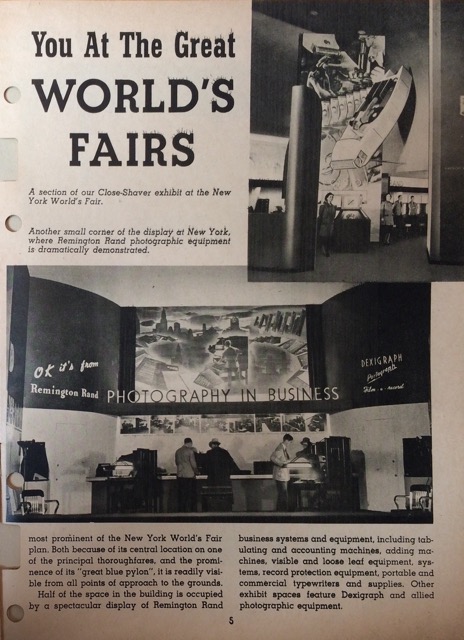 The World of Tomorrow, Leonard Wallock writes, “was the city’s perfected dream of itself.” It manifested desires for “scientific rationality, technological progress, modernist aesthetics, industrial design … consumer prosperity, and … corporate capitalism” in spatial form, via rational urban planning and progressive civil engineering, modernist architecture and sterilized suburbs. Just as important — though much less discussed — was the dream of efficient urban administration.

I’m deeply indebted to the archivists and curators at the New York Public Library and the Hagley Museum and Archive — particularly Thomas Lannon and Lucas Clawson.

I delivered an early version of this paper at ArtCenter College of Design in November (thanks to Anne Burdick for making this possible!); here are my voluminous slides.