This coming weekend I’m off for a few weeks in Europe. First, from June 14 to 20, I’ll be serving as a member of the faculty for the Princeton-Weimar Summer School for Media Studies, in Weimar, Germany. The theme this year is “Archive Futures,” and I’ll be talking, on Thursday the 18th, about “archival aesthetics.” I plan to expand on the “Preservation Aesthetics” talk I gave at the Library of Congress last year.

Then I’ll make a little weekend visit to Berlin from the 20th to the 22nd.

After that, I’ll be spending two weeks at the Digital Cultures Research Lab, at Leuphana University in Lüneburg, Germany, as a visiting scholar. On Tuesday June 30, as part of their “Un/stable Infrastructures” series, I’ll be giving a public lecture titled “Epistemic Sync: Realigning the Library’s Tangled Infrastructures.” I’ll be drawing on some research I recently completed for an article that’ll appear in Urban Omnibus later this month. That article is about library logistics: FedEx-like library material distribution systems (like BookOps, which the NYPL and Brooklyn libraries use to distribute materials among their branches); massive shared collections and off-site storage (a la Princeton’s ReCAP and the Harvard Depository); other large-scale cooperative endeavors; and all the enterprise management software, catalogs, and other digital resources needed to monitor, control, and, ideally, align those various material systems. Here’s the abstract for the Leuphana talk:

When we think of library systems, we typically think of a public, architectural geography composed of grand (or once-grand) central libraries and branches. Rarely do we give thought to the web of links between and beneath these public sites: the back-stage spaces of library labor, the climate-controlled storage facilities, the automated resource-distribution systems, the fleets of delivery trucks, the vendors and servers offering up digital content, the contracts dictating access to those materials, and the tangle of software used to manage it all. I’ll argue that mapping out these integrated sites and services allows us to appreciate both the widely distributed geography of our libraries’ resources – a geography that extends well beyond our institutions’ walls and our cities’ boundaries – as well as the tremendous labor, equipment, and expertise required to build and maintain the system. And in that mapping, we see, too, the challenges of ensuring interoperability among the library’s various networks – of aligning their disparate protocols and logics. Those alignments aren’t simply operational: they also involve reconciling competing epistemologies and value systems – both humanist and managerialist.

While there, I’ll be making another weekend trip, to Copenhagen, from June 26 to 29. 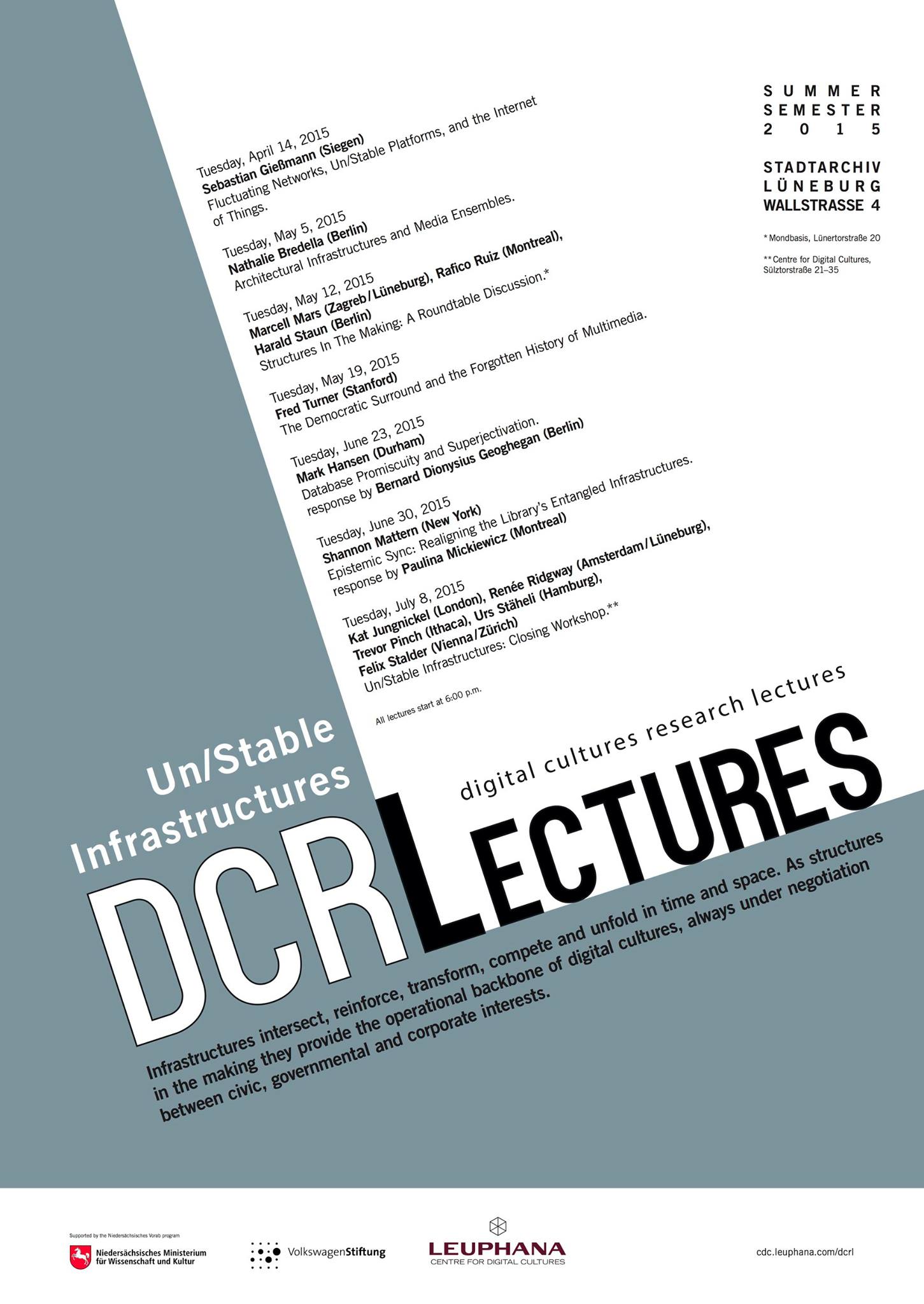