This past weekend I was invited to play a small part in the Art + Feminism Wikipedia Edit-a-Thon at Babycastles, a video game/art gallery that should be in Bushwick or Ridgewood, but is on 14th Street in Manhattan instead. A similar event took place at the Museum of Modern Art the previous day, on International Women’s Day — but the Babycastles’ “node” (one of many around the world) was intended to capture a different segment of the art world: a techie-er, fringey-er segment. The Art+Feminism campaign aims both to improve female coverage on Wikipedia, and to encourage female participation in Wikipedia, where, we are told, only 10% of all contributors are female.

I was supposed to stop by the gallery early in the afternoon — for a little “edit interlude” presentation — to talk about female librarians and archivists. I took some time over the preceding week to read up on the A+F campaign and lady librarians, and I decided to do some background research on feminist historiography, too. Unfortunately, the timing just didn’t work out on the day of the event. The event organizers and editors weren’t ready for me when I showed up at my scheduled time — and when I was preparing to return a couple hours later, they were in a groove; my interruption would’ve halted the momentum. 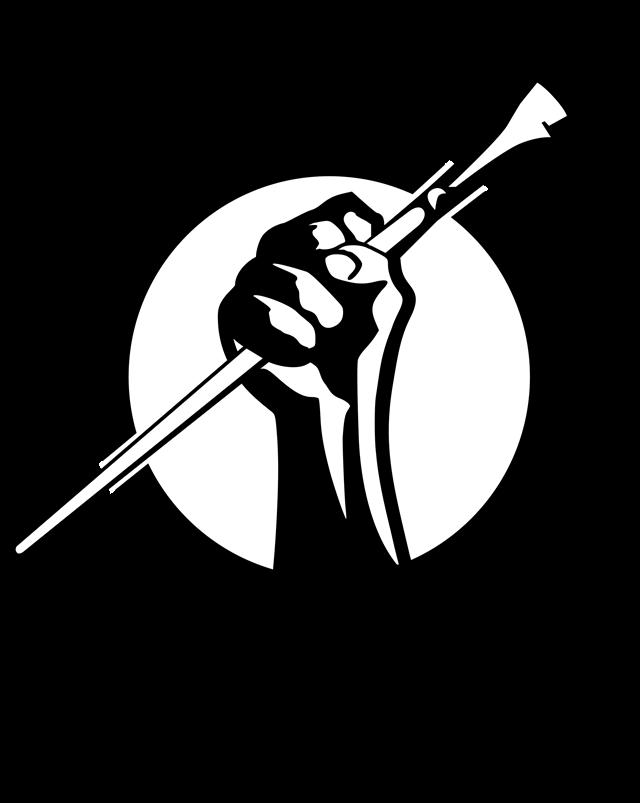 Thus, I didn’t get to share the presentation I prepared, which sucked (… and which, in retrospect, seems rather ironic to me — given that one of the great concerns about Wikipedia and other forms of digital volunteerism is the potential devaluation of intellectual labor). So, I’ll share here what I would’ve shared with the editors, had all gone according to plan. I had only bullet points for the talk — I was planning to extemporize — but for the purposes of this post I’ll flesh out that shorthand into complete sentences [N.B. I delivered an updated version of this talk at the Wikimedia NYC meet-up at Babycastles on April 29; you can read that talk here]:

Yesterday’s event at MoMA resulted in the expansion of a number of biographies — Lucy Lippard’s, Janet Cardiff’s, Hella Jongerius’s — and the creation of new ones: LaToya Ruby Frazier’s, Toshiko Mori’s, Camille Henrot’s. But here were are today, in a radically different kind of space. Consider the relationship between these two institutions — MoMA and Babycastles — and how the institutional (and architectural and cultural and ideological…) differences might differentiate the work that goes on in these related-but-separate events.

The MoMA edit-a-thon, we might assume, involved the insertion of myriad “notable” feminist artists, curators, art historians, etc., into Wikipedia. The Babycastles’ crew, I imagine — and I’m probably generalizing obnoxiously; forgive me — is probably thinking about the kinds of art that MoMA has been seriously thinking about as art only relatively recently: video games, net art, and other techno-aesthetic projects. Another potential advantage, or distinction, of the Babycastles crowd is a widespread recognition that “art” — or, more broadly, the aesthetic — doesn’t reside merely at the level of the perceptible: the work that hangs on a wall or plays on a monitor and gets a wall label. Art’s also in the code; it’s in the servers and conduits; it’s in the preservation strategies and archives. It’s in the myriad intertwined infrastructures that make digital art – and, really, all art – possible.

Another group of folks with a similar sensibility includes librarians and archivists and preservationists – all of whom have made key contributions to the art world, and to media and technological history, but who are often regarded as, or “reduced” to, the organizers, the sorters, the tidy-ers, the care-takers. But this care-taking, this organization-making, is intellectual and aesthetic and political work. Notable work.

Consider two women – both of whom happen to have their own Wikipedia entries already (and both of whom we discuss every year in my Archives/Libraries/Databases class):

First, Megan Prelinger, one half of the Prelinger Archive and Library duo, whose collaborative work reinforces the informational and historical value of quotidian artifacts and ephemera and “occasional” publications. She and her partner, Rick, mine history’s discard pile. They also advocate for alternative means of organizing information: their library in San Francisco is organized according to scales of exploration, from the local to the intergalactic — from San Francisco to Outer Space.

Second, Suzanne Briet, a French librarian who lived from 1894 to 1989, who encouraged us to consider what constitutes, and what counts as, a document. She advocated for the valuation of “grey literature,” correspondence, the information in phone calls — even animals. She suggested that even an antelope could be a “document” in a zoo, where it is made an object of study, where it’s “taxonomized” and used as evidence of something. She also noted that documents are products of culture — what counts as a document is determined in part by its cultural context, as in the case of our antelope — and that culture plays a key role in our understanding of how we interpret documents. Her insights pertain to our mission here: we’re turning female artists into subjects worthy of documentation, and creating a culture where those documents are validated and valued. 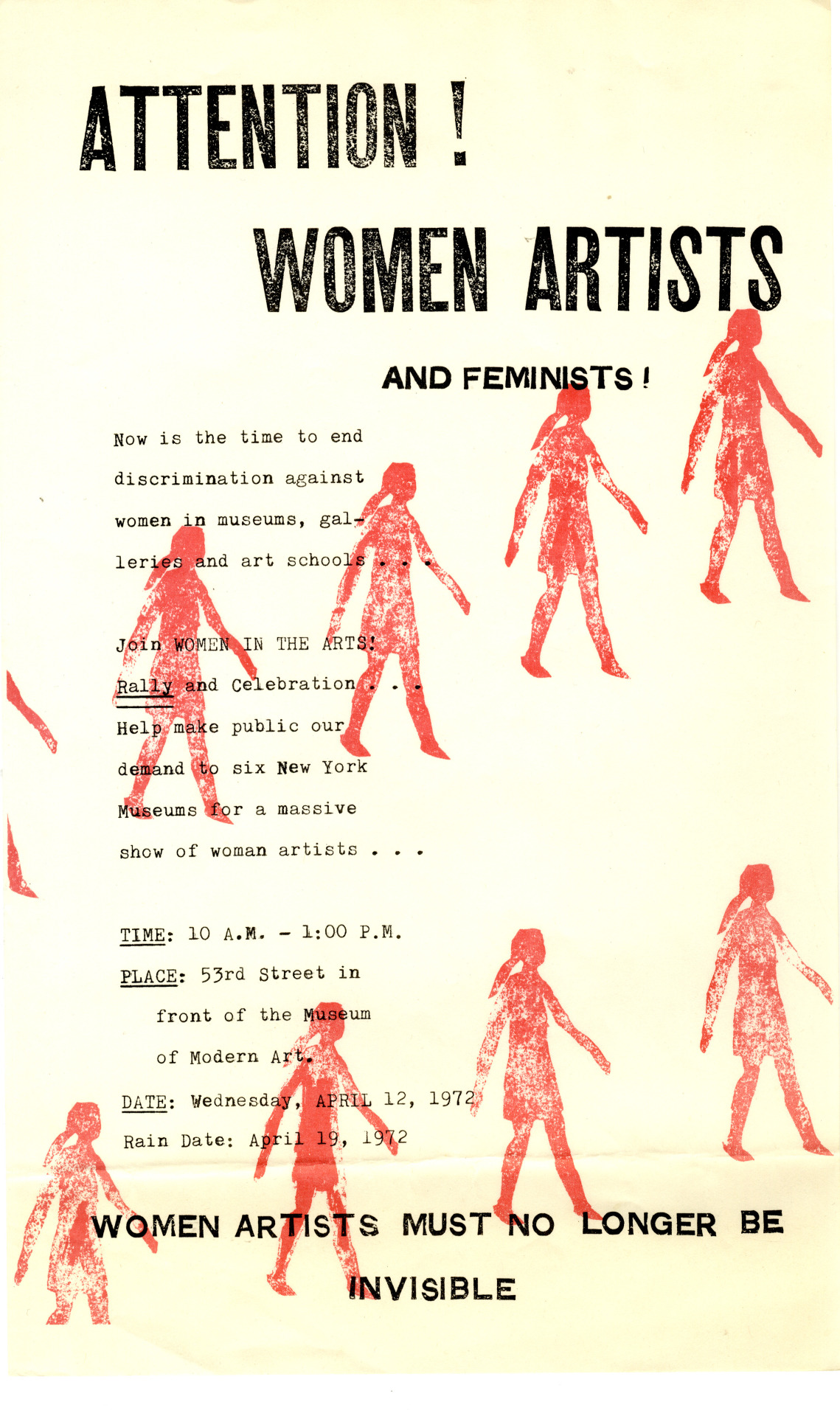 While I do agree that it’s critically important that females and artists — and, of course, female artists — are well represented both among the contributors to Wikipedia and the subjects of its entries, I think it’s just as (if not more?) significant to think about what it means to be a Wikipedia “subject.” And about what, and how, Wikipedia itself means. I’m asking here about feminist historiography and epistemology.

Let’s consider some of these questions:

How does Wikipedia structure knowledge? What does it suggest is worth knowing? Who is a “notable” figure worthy of inclusion? To be considered for inclusion, a figure might have had a “significant” exhibition. Says who? Or she might have “originated” a “significant new technique.” Again, who gets to decide?

What kinds of histories does Wikipedia promote? (A biographically-focused one, judging by the historiographic methods we’re employing here.) How does the site’s architecture structure how we think about – and write – history? And given our interest in art, let’s think, too, about the site’s aesthetics: what role do Wikipedia’s aesthetics play in the shaping of knowledge?

How do we reconcile Wikipedia insistence on a “neutral point of view” with feminists’ acknowledgment of knowledge as “situated” and embodied?

Could would potentially intervene instead on a structural or an aesthetic level, to make Wikipedia reflect a more feminist epistemology or historiography? Could Wikipedia embody some alternative to the “Great Man Theory” of how the world works? [Edit, 3/11: Trevor Owens directed me to Roy Rosenzweig’s fantastic “Can History Be Open Source?: Wikipedia and the Future of the Past” article, from The Journal of American History in 2006 — so prescient!] How might we think of infusing a little feminist sensibility through means that go beyond creating new entries for “forgotten” or “ignored” female figures (which is itself, of course, a valuable enterprise)? What if we instead wrote women – and feminist values – into Wikipedia’s existing macro-narratives? What if we thought about the site’s technical architecture and protocols — the link, the citation, and other writing conventions — as processes, or acts, that could be “feminized”? And what would that even mean?

Today you’re editing existing entries for female artists, and writing new artists into Wiki-history. That’s fabulous. But let’s think also about how that history is shaped, and what politics our Wiki-historiography embodies. What’s feminist about that?