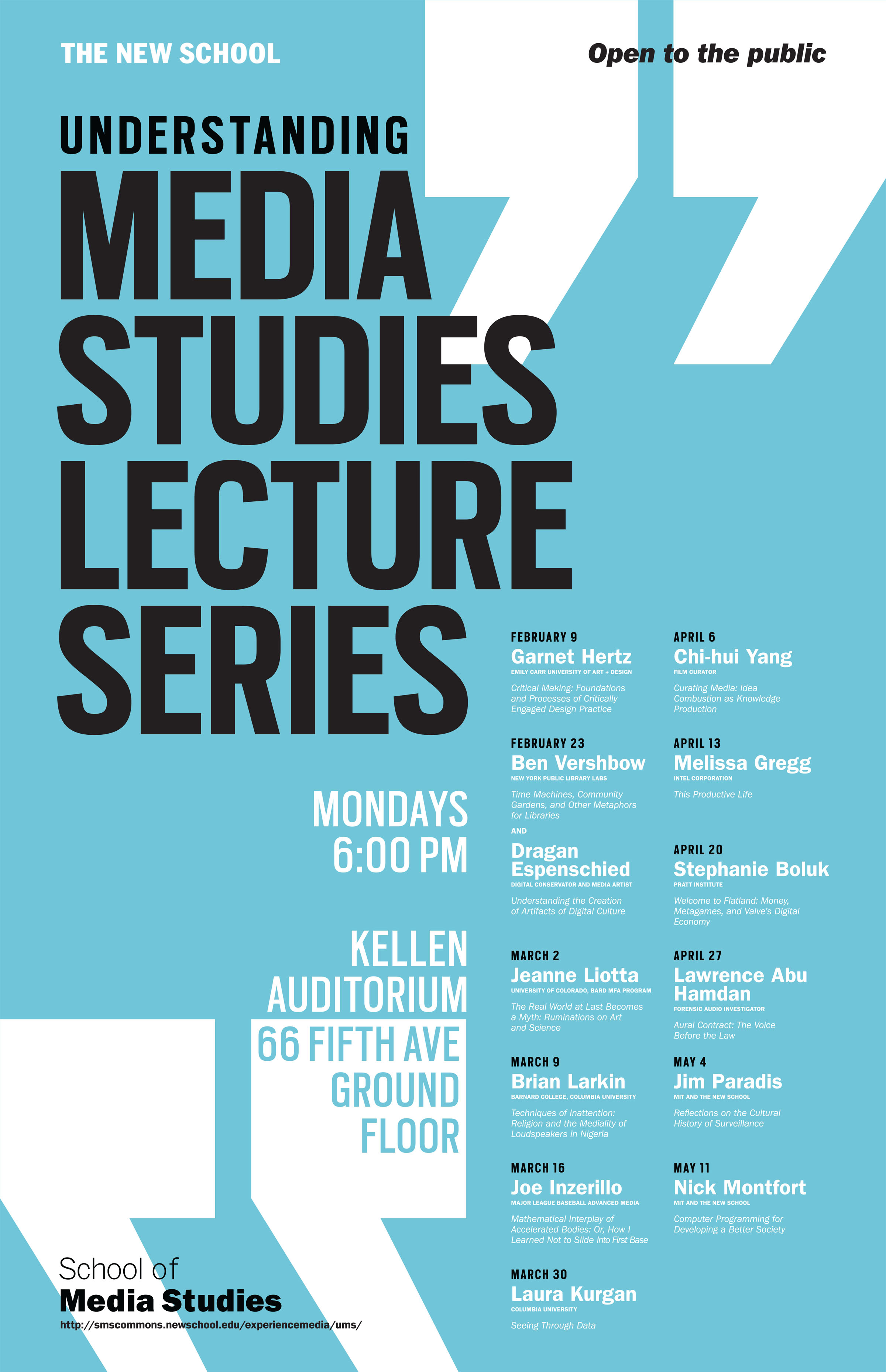 So this is how I’ve spent a huge portion of the past eight months of my life: organizing the School of Media Studies’s 2014-15 Lecture Series. Here’s more info — including bios, abstracts, and additional resources, for each Monday event. All events are free and open to the public; you should totally come!

The weekly series was a new undertaking for this year, so I had to figure out a whole bunch of logistics and build an infrastructure that will make it easier for my successors to take on the challenge in years to come. All the little moving parts — Holy Mary, Mother of God!

Speaking of saints, I also have to acknowledge the wonderful folks who helped me: Dale MacDonald and Rosalie McManis and our A/V team are overseeing the weekly live-streaming (Dale also put me in contact with the Major League Baseball folks), Tracy Varites helped with honorarium and rights-clearance paperwork, Liana Bailey is helping with publicity, Chad Phillips is creating our awesome posters, and our Dean, Anne Balsamo, offered funding and moral support. I’m also teaching a class that’s built around the lecture series; Ari Spool helped build our course website (with some support from Dale), Sherbano Javeri is handling the weekly video-recording, and Lauren Gary is helping me to corral all the students.

We had an equally great roster for the fall. There were a few fewer lecturers because we also hosted a number of panel discussions — on “creative methods,” modes of publicizing one’s work, and career trajectories — with alums and advanced students. Our fall guests included: