I saw some art! What else is new?

On Friday, after I did this thing, I went to Chelsea. I visited maybe 15 galleries and saw lots of work that did absolutely nothing for me. Kind of a bummer. Nevertheless, there were some stand-outs, including…

Michelle Stuart’s “Silent Movies” at Leslie Tonkonow, which mixes Stuart’s own photographs with found and archival images — some in their “original” form, some manipulated — and storyboards them into an impressionistic narrative or formal tone poem. Loverly. 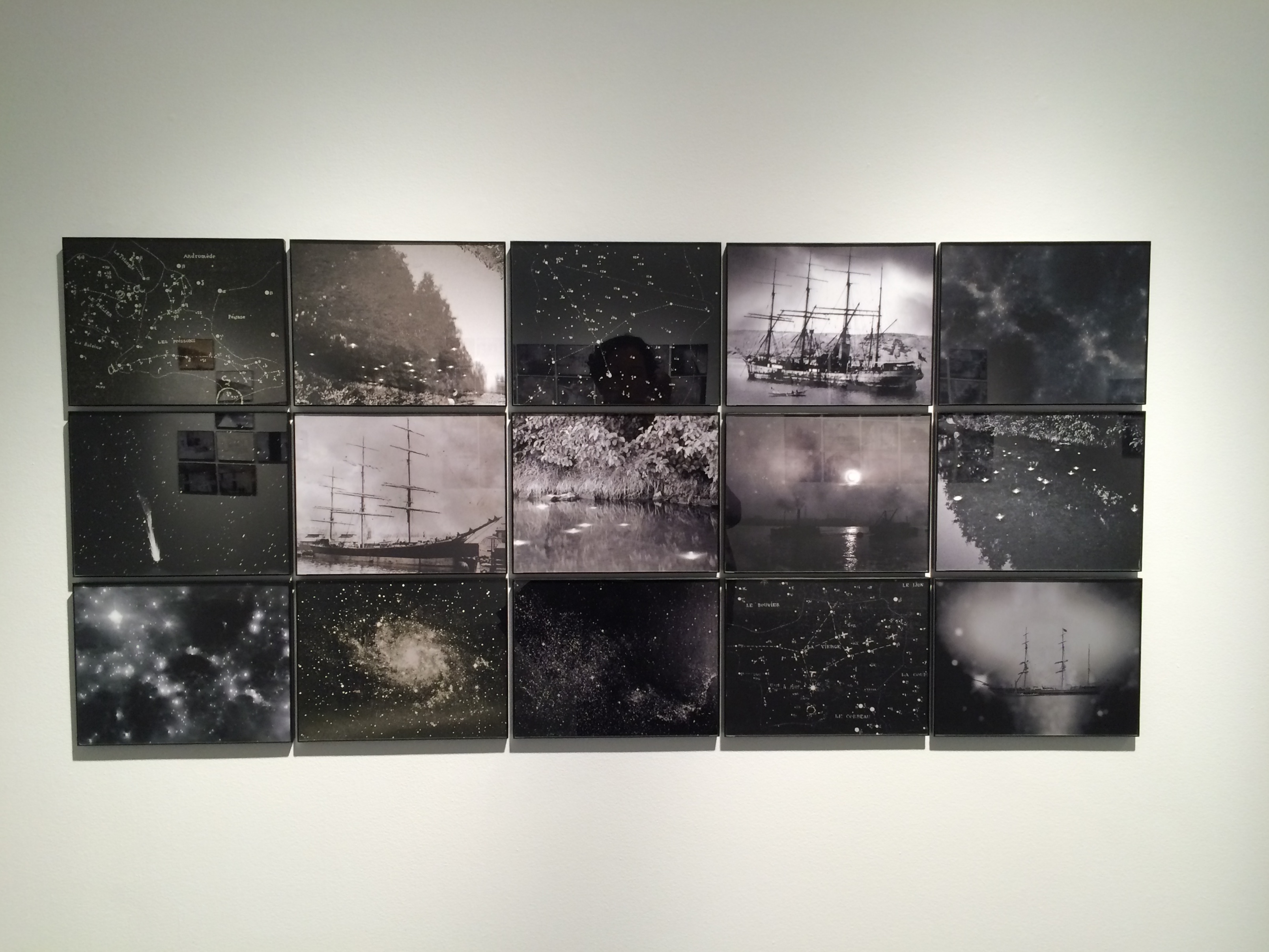 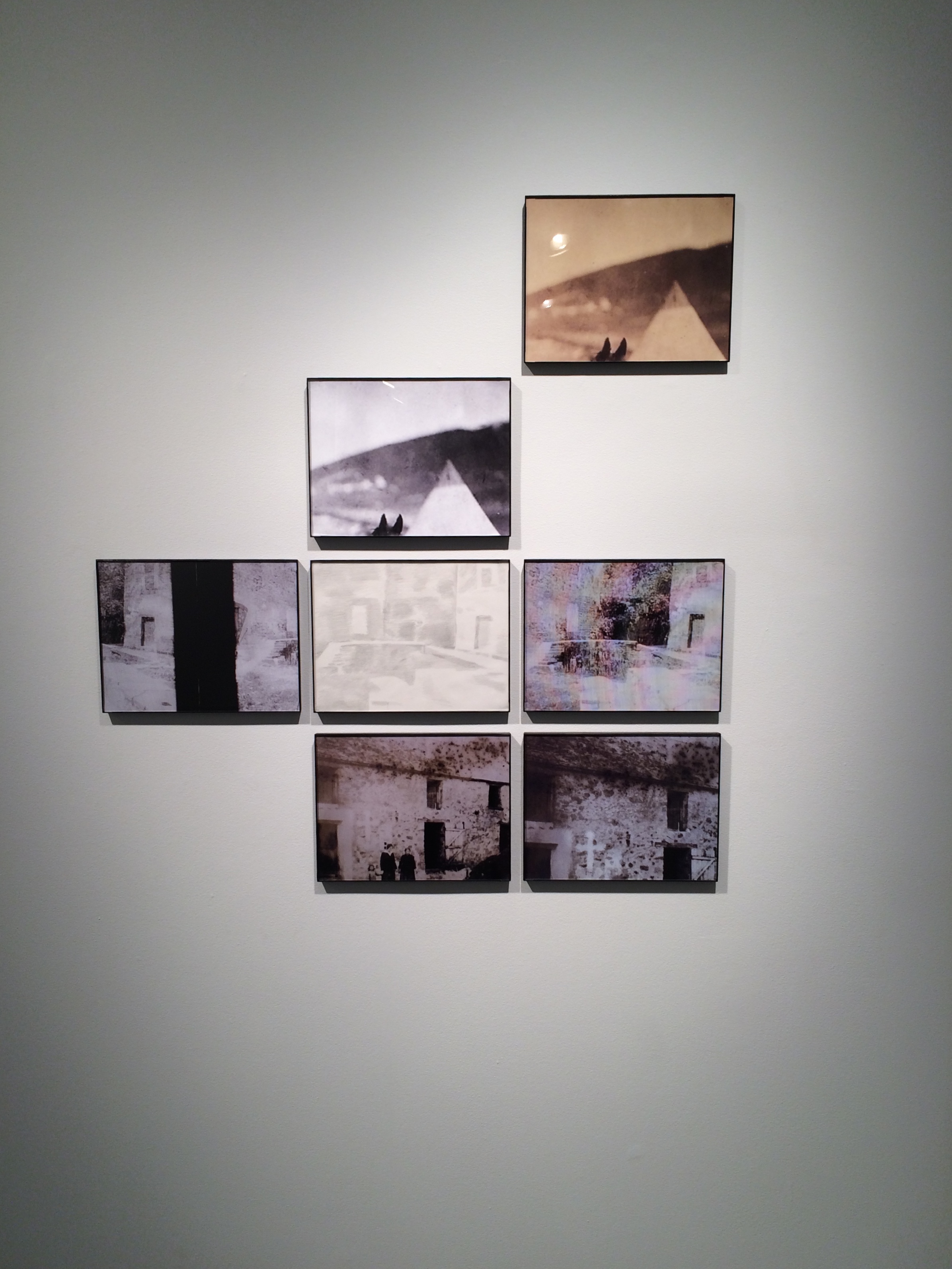 Then there was Zarina’s “Descending Darkness” at Luhring Augustine, which featured works mixing luminosity, in the form of gold leaf or literal illumination, and black so black it becomes tangible. 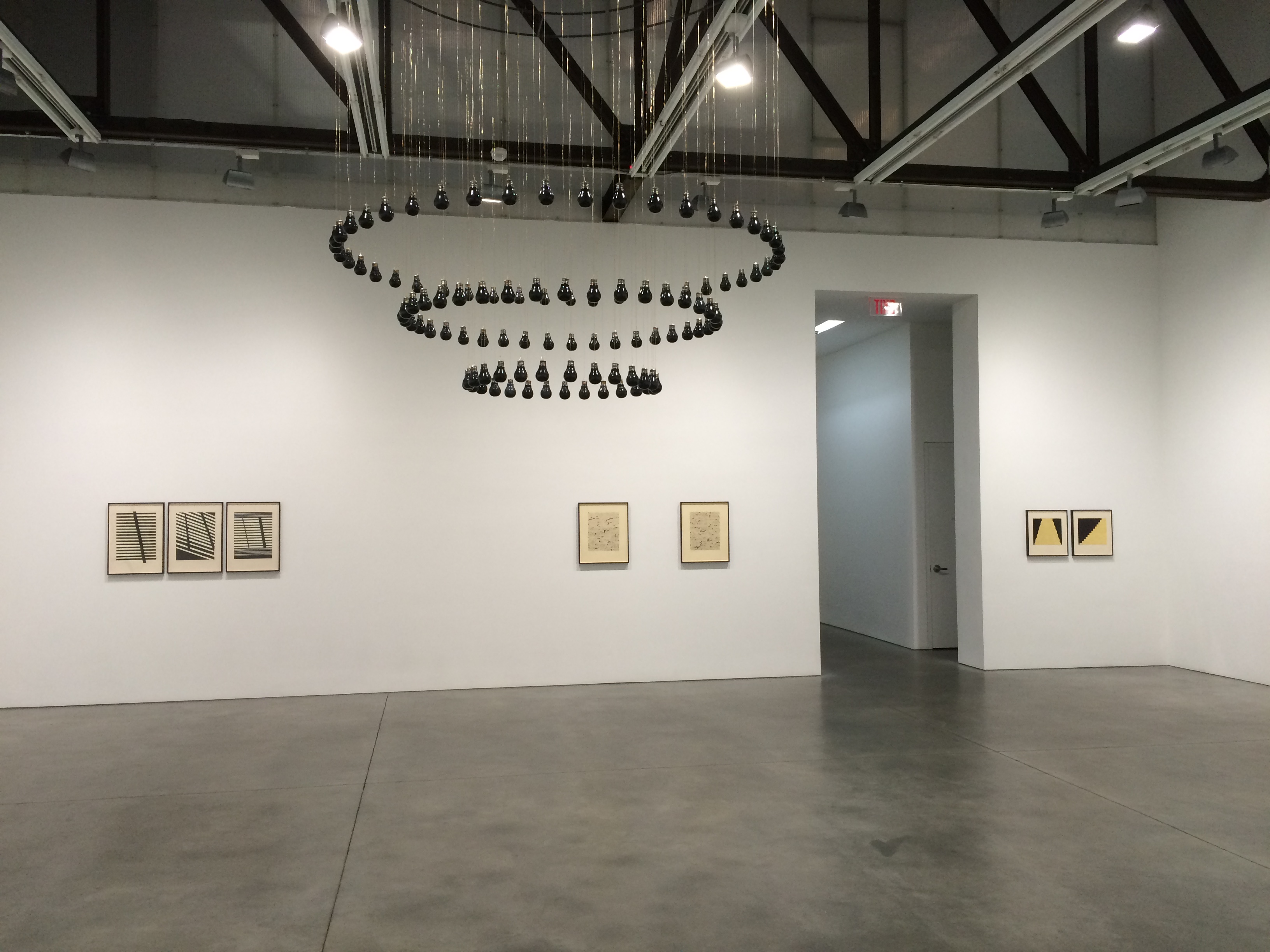 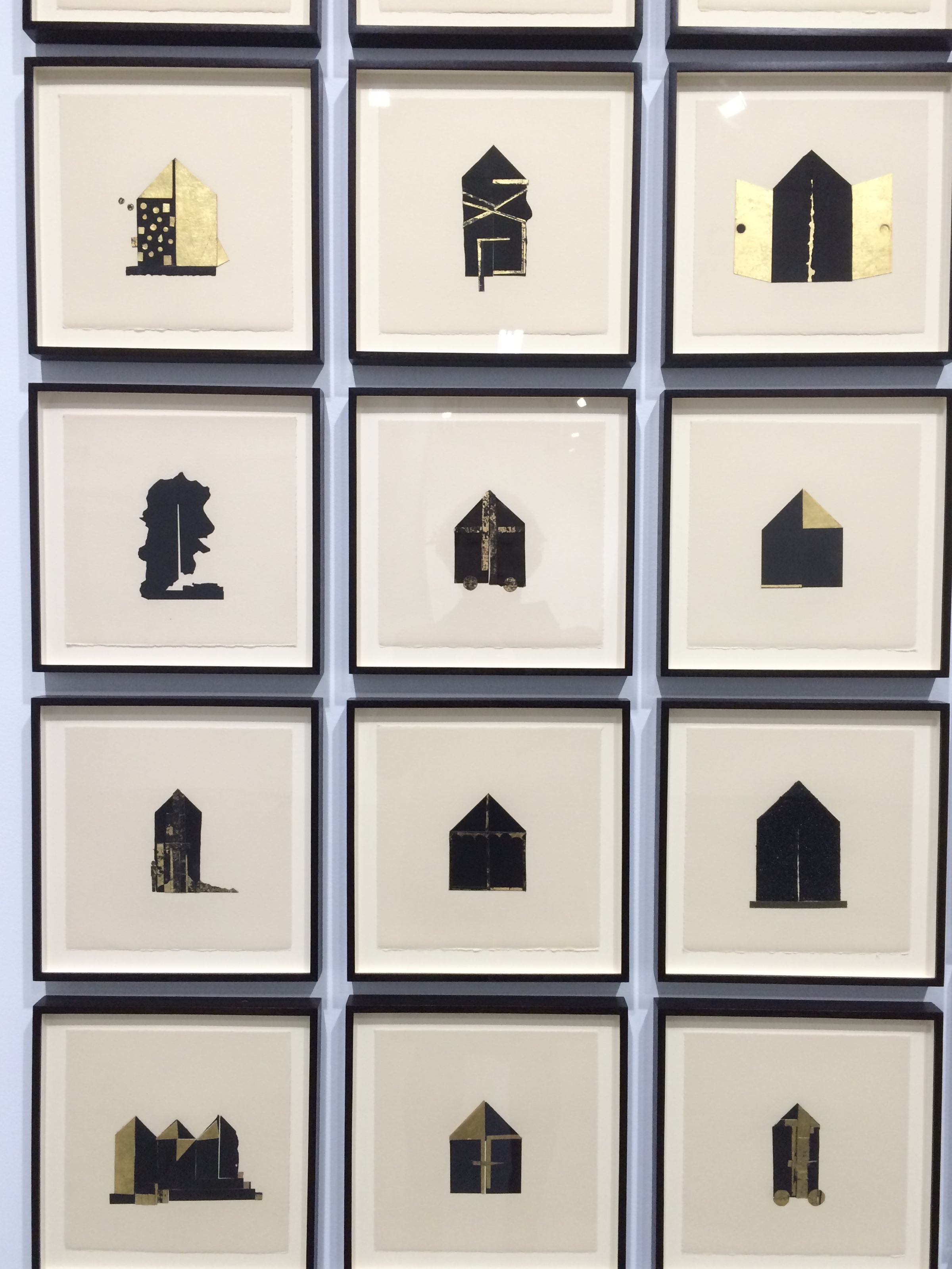 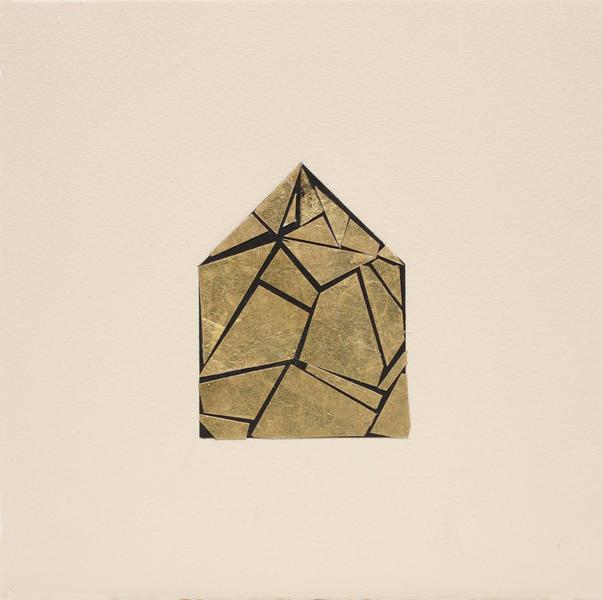 After that, Jonah Freeman and Justin Lowe, whose “Floating Chain” was, like many of their previous installations (including this one, which I saw in 2012), composed of a fun-house of disparate interiors. Present throughout, however, was a grid pattern inspired by Superstudio’s Continuous Monument, a superstructure grid that they proposed to wrap around the earth. And at the center of the multi-room installation was a traditional theater, where visitors could watch a film, “The Floating Chain,” a montage of randomly associated images and voiceovers — a floating chain of signifiers. 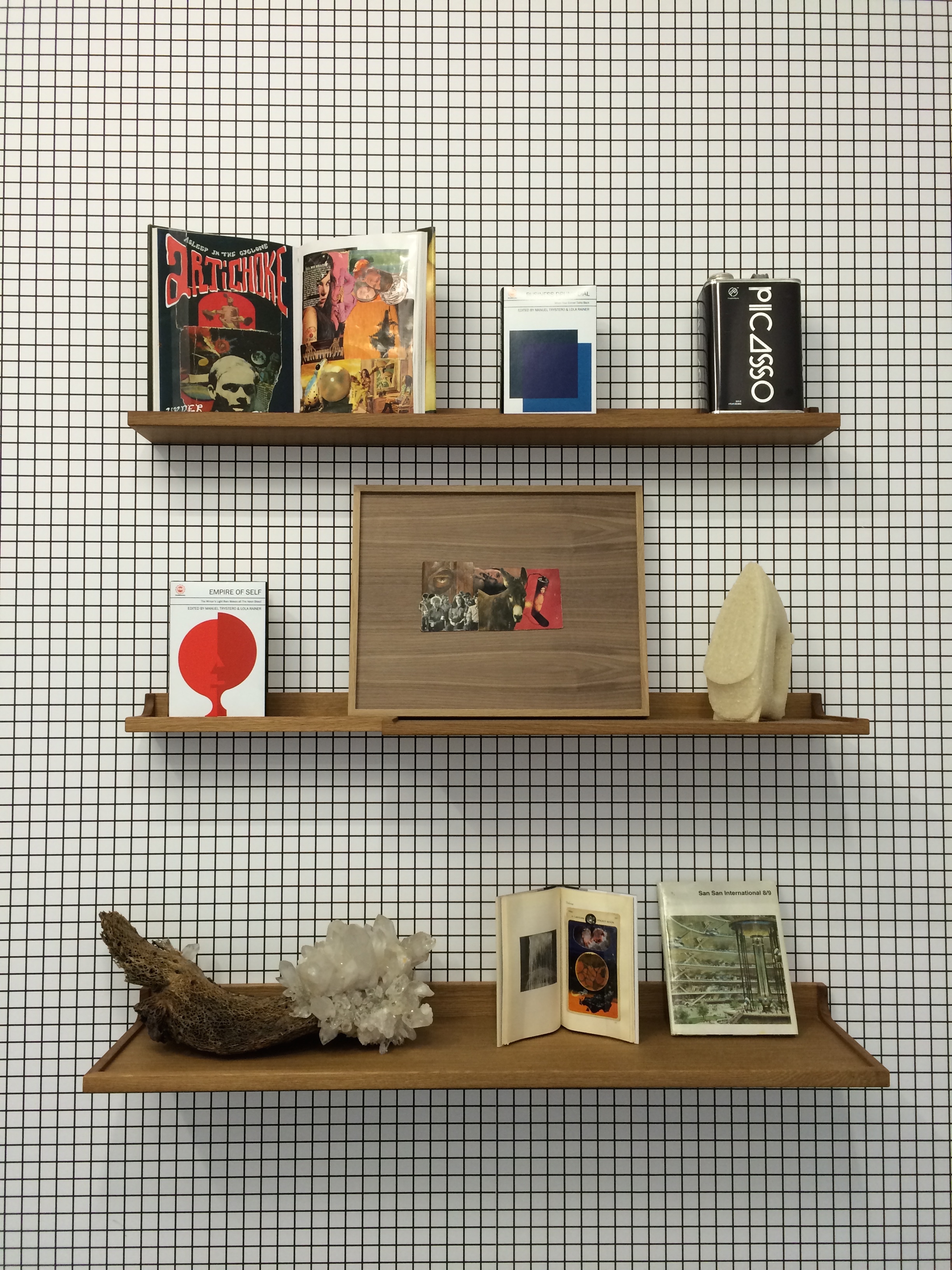 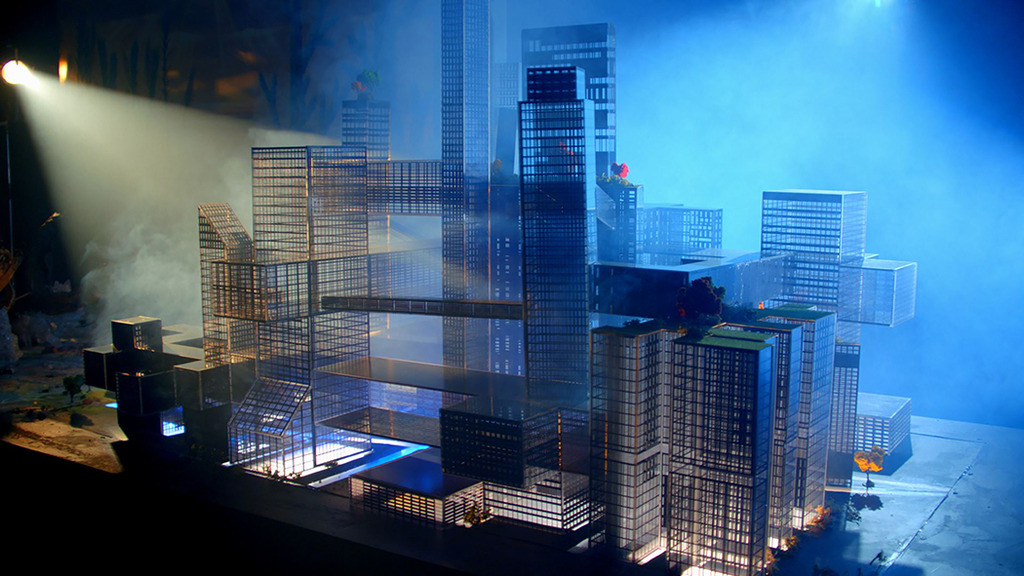 Then at ClampArt: Robert Voit’s “New Trees,” images of cell phone towers disguised as trees, and “The Alphabet of New Plants,” clinical close-ups of artificial plants, aping the tropes of natural history photography. 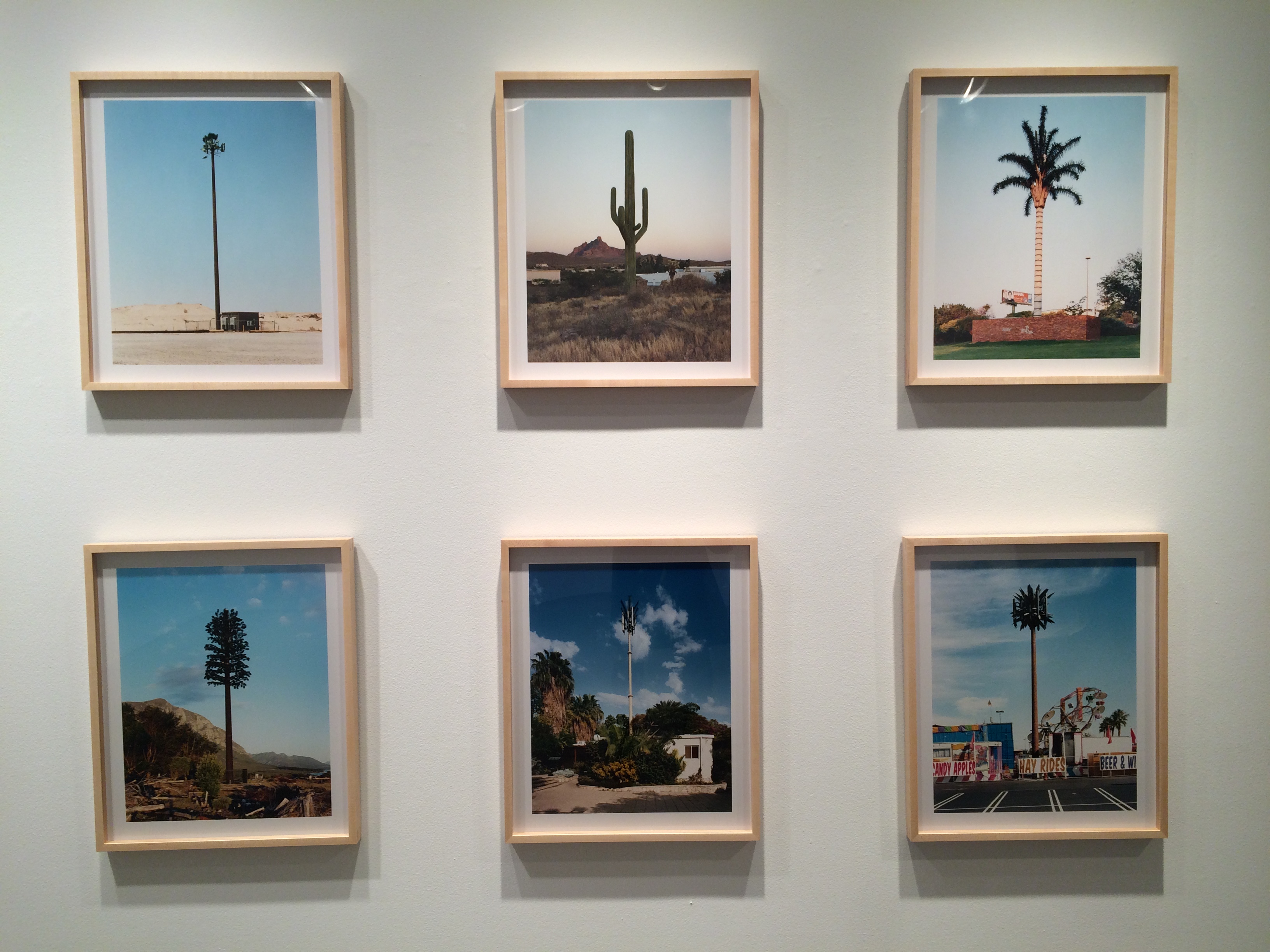 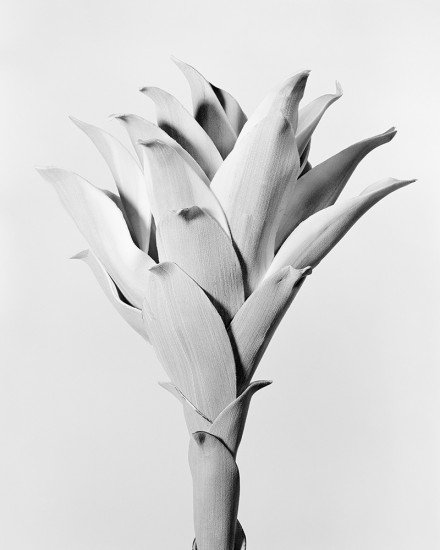 Then: Julian Stanczak’s “From Life” — Op Art paintings meant to evoke the “natural” forces of energy and light — at Michell-Innes & Nash. I learned at the gallery that Stanczak studied with Albers. Makes sense. 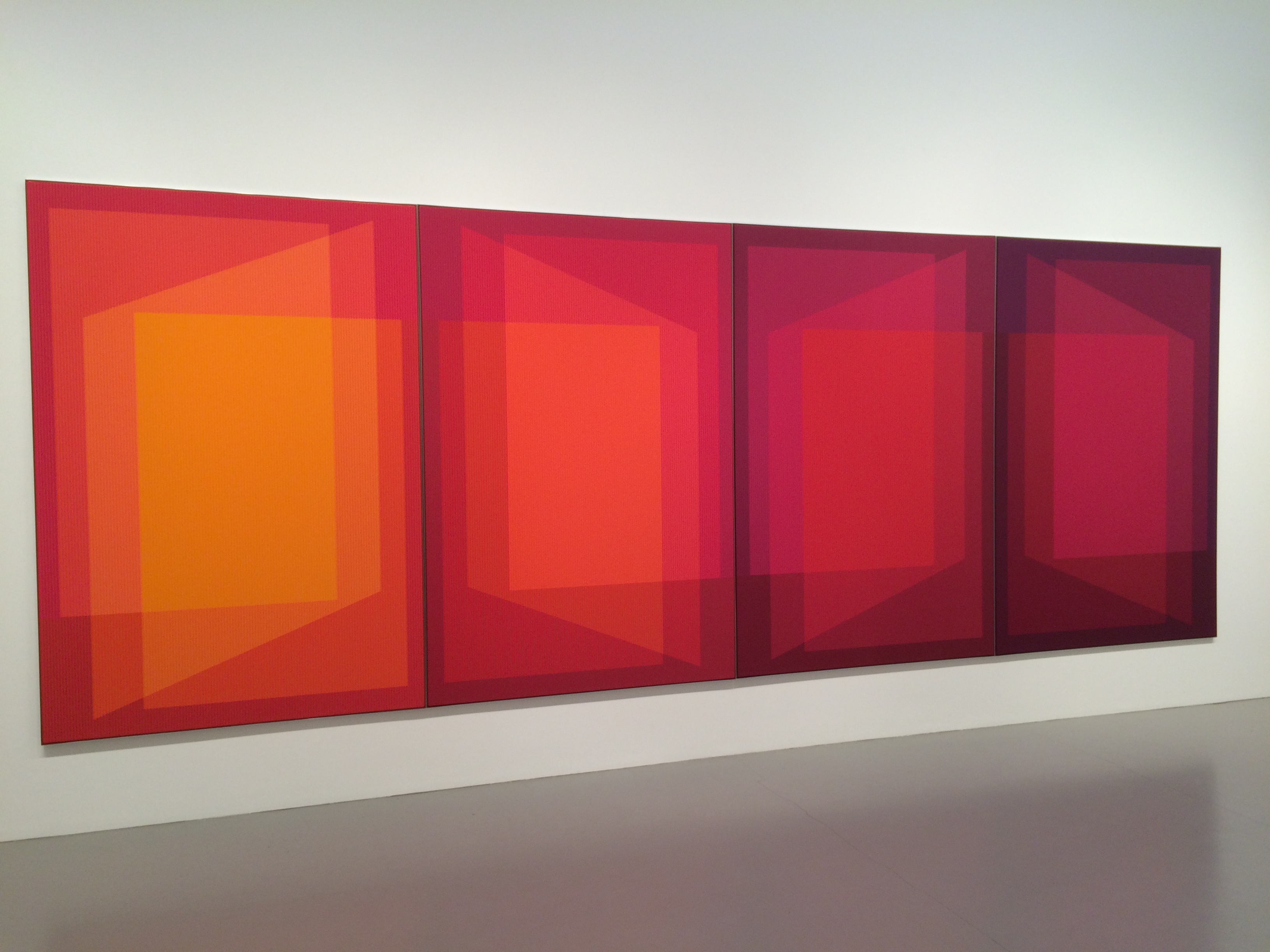 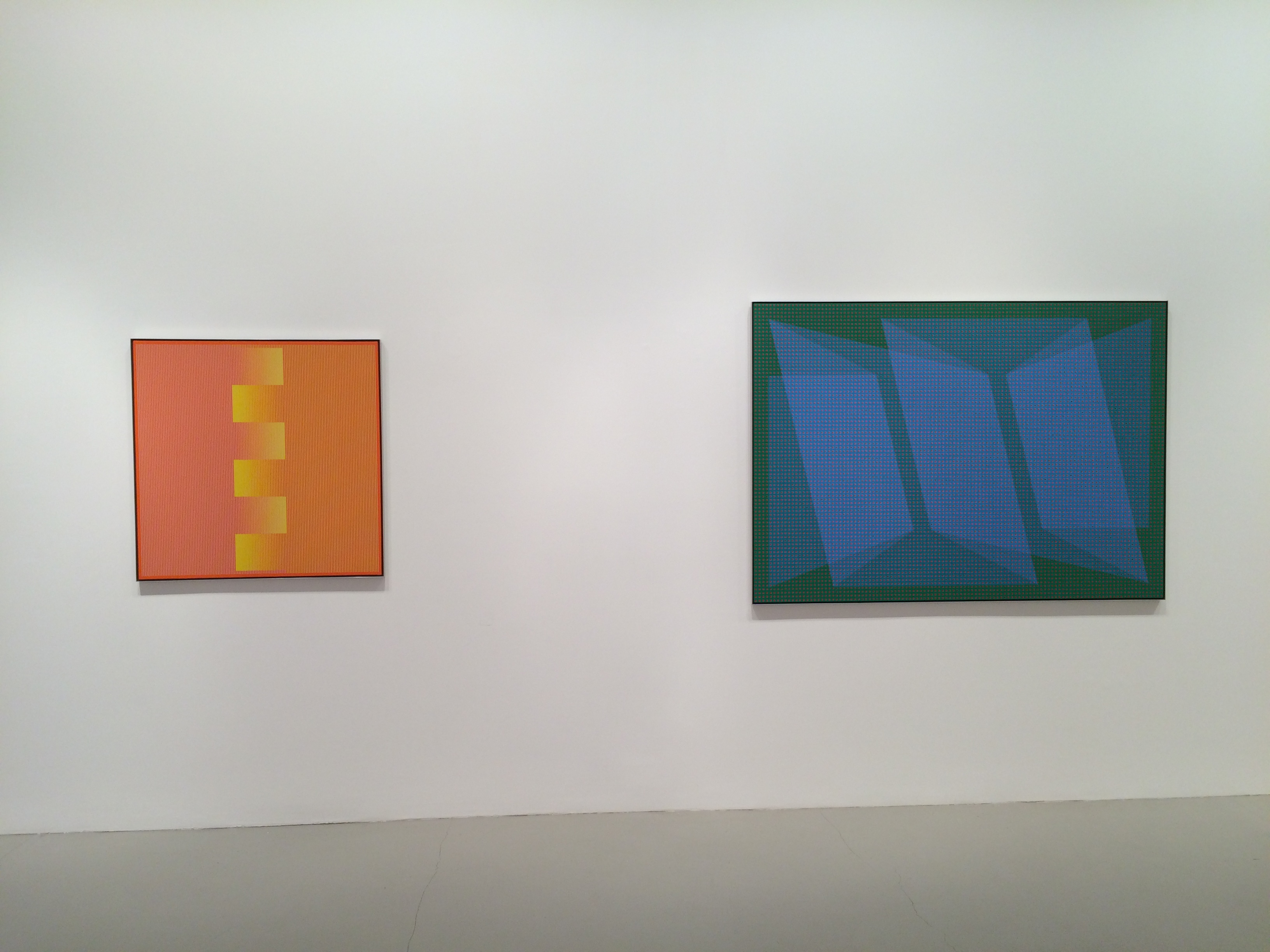 And rather than offer a proper conclusion, I’ll just come to a screeching halt.