Debra Singer’s “The Material Image,” at Marianne Boesky’s lovely uptown townhouse gallery, featured work by several artists who play with the physicality of the photograph — the chemistry, the material substrates and framing devices, the indexical relationship between the photographic subject and its representation — and processes and apparatae of its creation. I loved how these very contemporary images tackled issues central to both Modernism and post-modernism, in this quintessentially late-19th-century venue.

Paradoxically, the dimensions of this once-domestic space didn’t allow for photographic documentation of the exhibition itself that did justice to its provocative juxtapositions — I just couldn’t get far enough away from the walls to get everything into the photographic frame — so my own photos turned out rather poorly. Thus, I’m borrowing some of the gallery’s images here: 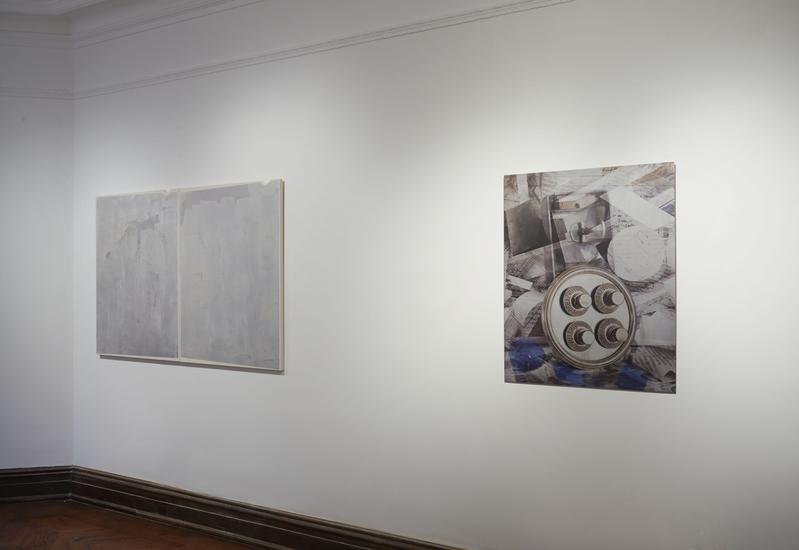 Derrick Adkins offered his own material images at Tilton Gallery. His “Live and In Color” presented mixed-media collages and wood sculptures caricaturizing Black figures in entertainment. The obvious “constructedness” of the objects parallels the blatant “constructedness” of “Blackness” in media and entertainment — what amounts, often, to its cosmetic colorfulness and multifacetedness, yet ultimate sterotypical flatness and abstraction. 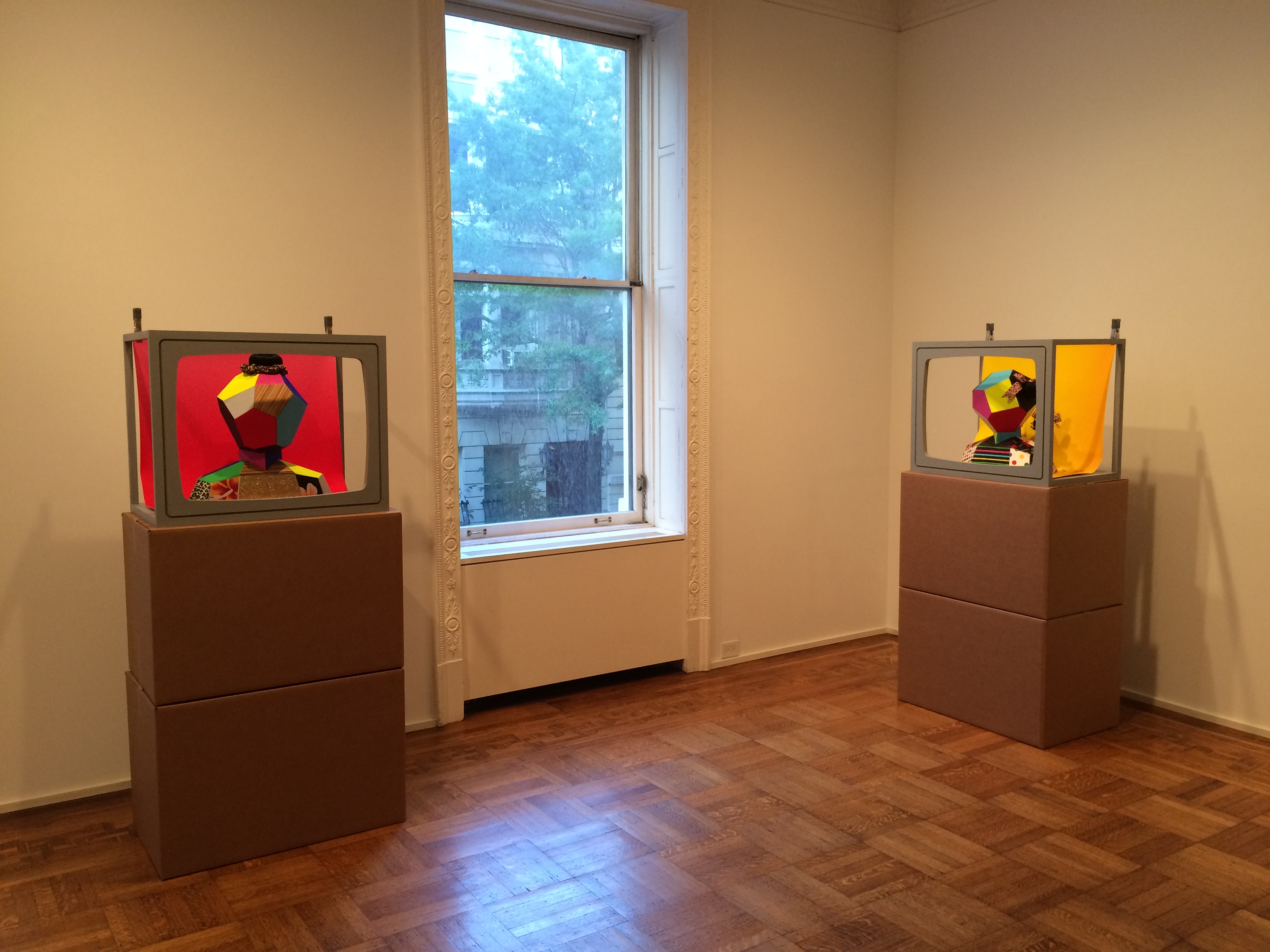 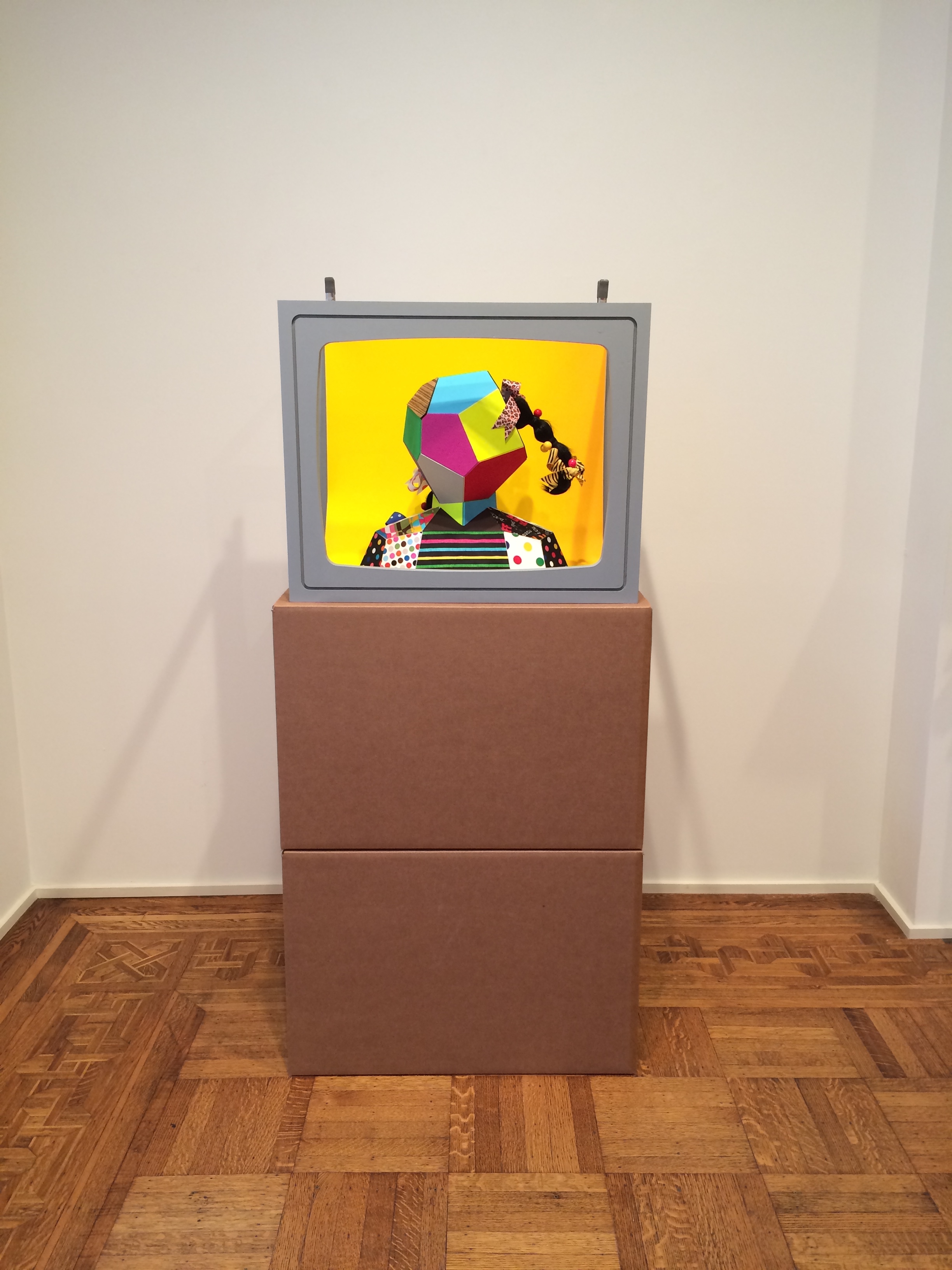 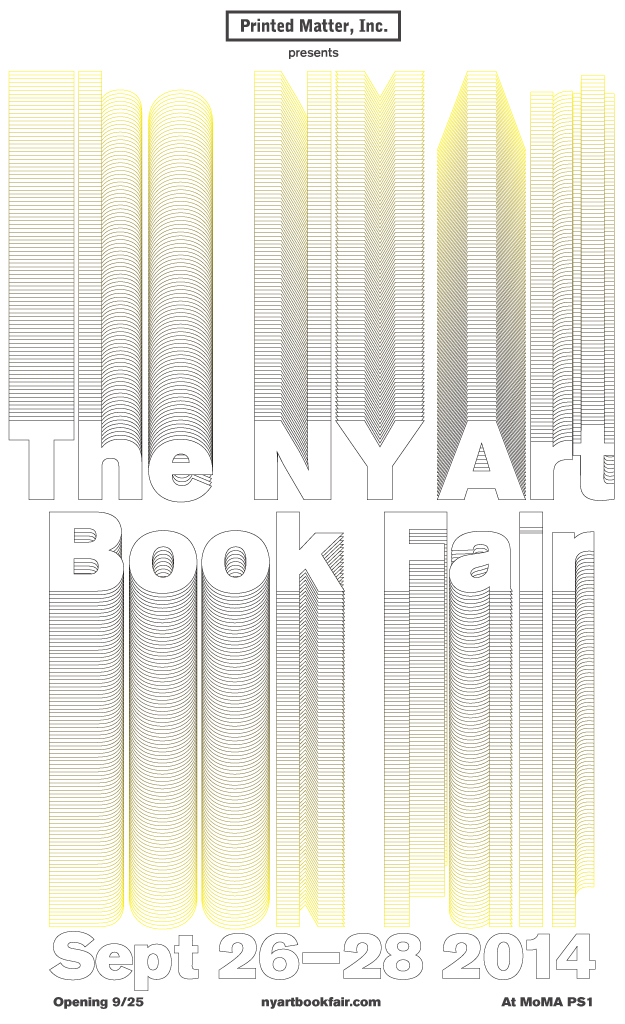 Then, downtown, Artists Space’s fantastic “The Library Vaccine” picks up on some of the themes central to Adams work, but in book form. We see several collections of books — some constituting individuals’ libraries (Helen DeWitt, Colin De Land); others, the creations of particular publishers (Hansjörg Mayer); others, the product of ongoing processes of alteration (the altered library books of playwright Joe Orton and his partner writer Kenneth Halliwell); still others, collections selected by various artists and curators for the purposes of exhibition (Gregorio Magnani’s artists’ books; a collection selected by Mike Glier and Lucy R. Lippard for an exhibition of artists’ books addressing issues of social concern) — which posed, for me, questions about how bibliography relates to biography: how we can glean useful insight into an individual or entity through the patterns by which he/she/it accumulated and collected books. As the gallery states,

The exhibition presents a number of discrete collections of books in order to sample art’s distinctive relationship to the book form in its singularity, and in its states of reproduction, distribution and accumulation. The exhibition addresses the book as a particular technology, and in its collective state of the private collection, reading room or library, as a social machine – registering social and personal histories, and articulating structures of knowledge and value through the relations between its parts.

Such a lovely and engaging and provocative show (…with obvious parallels to the New York Art Book Fair, which I also attended this year, as I have every year (with the sole exception of last year) since the Fair started in 2007. Man, this thing has gone off the hook! Yet so much remains the same: the ubiquitous Ed Ruscha “various small books” influence, familiar folks saying familiar stuff at the panel discussions, etc. The one big development, it seems to me, is all the Germans. So many Germans.) 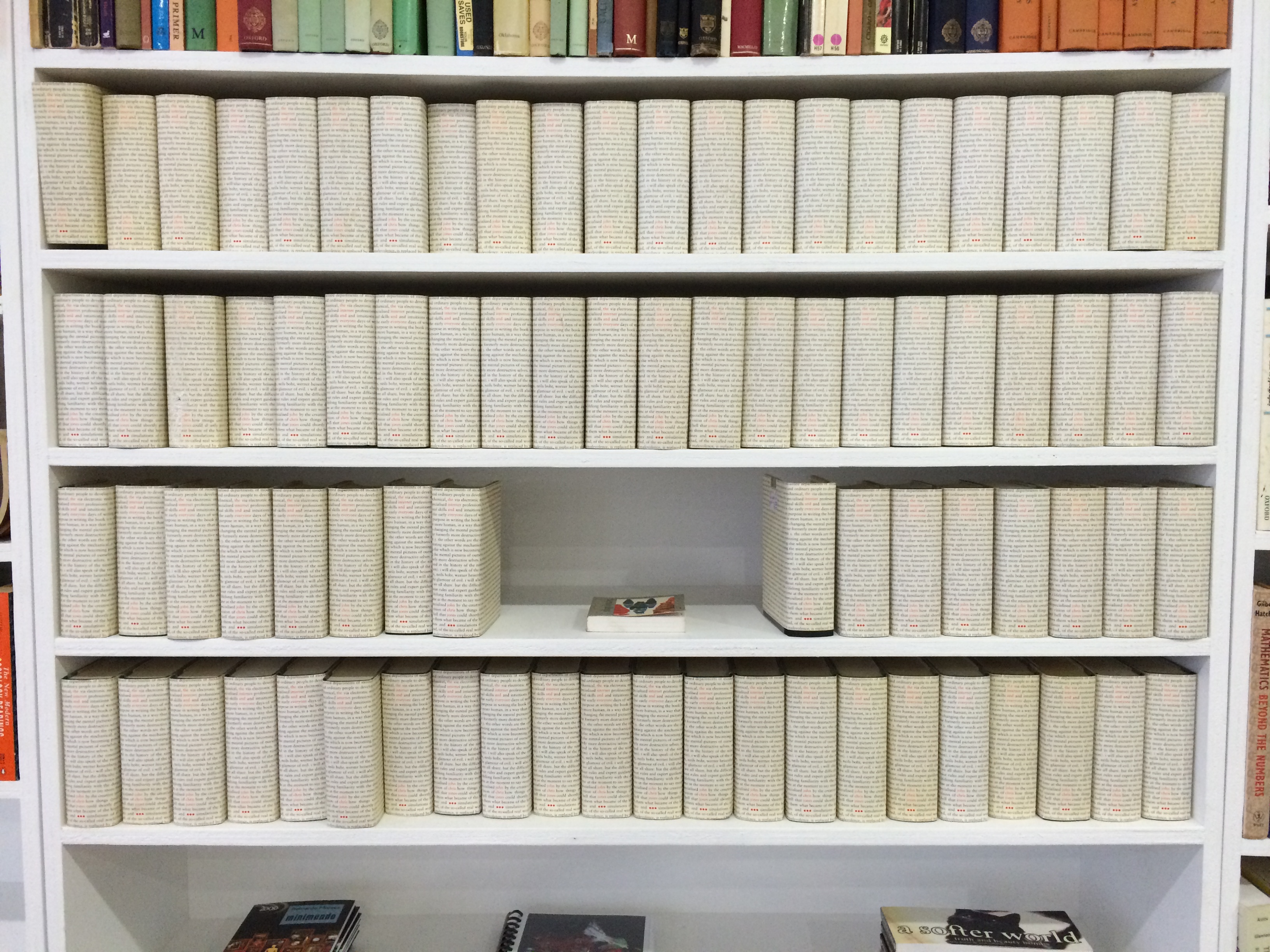 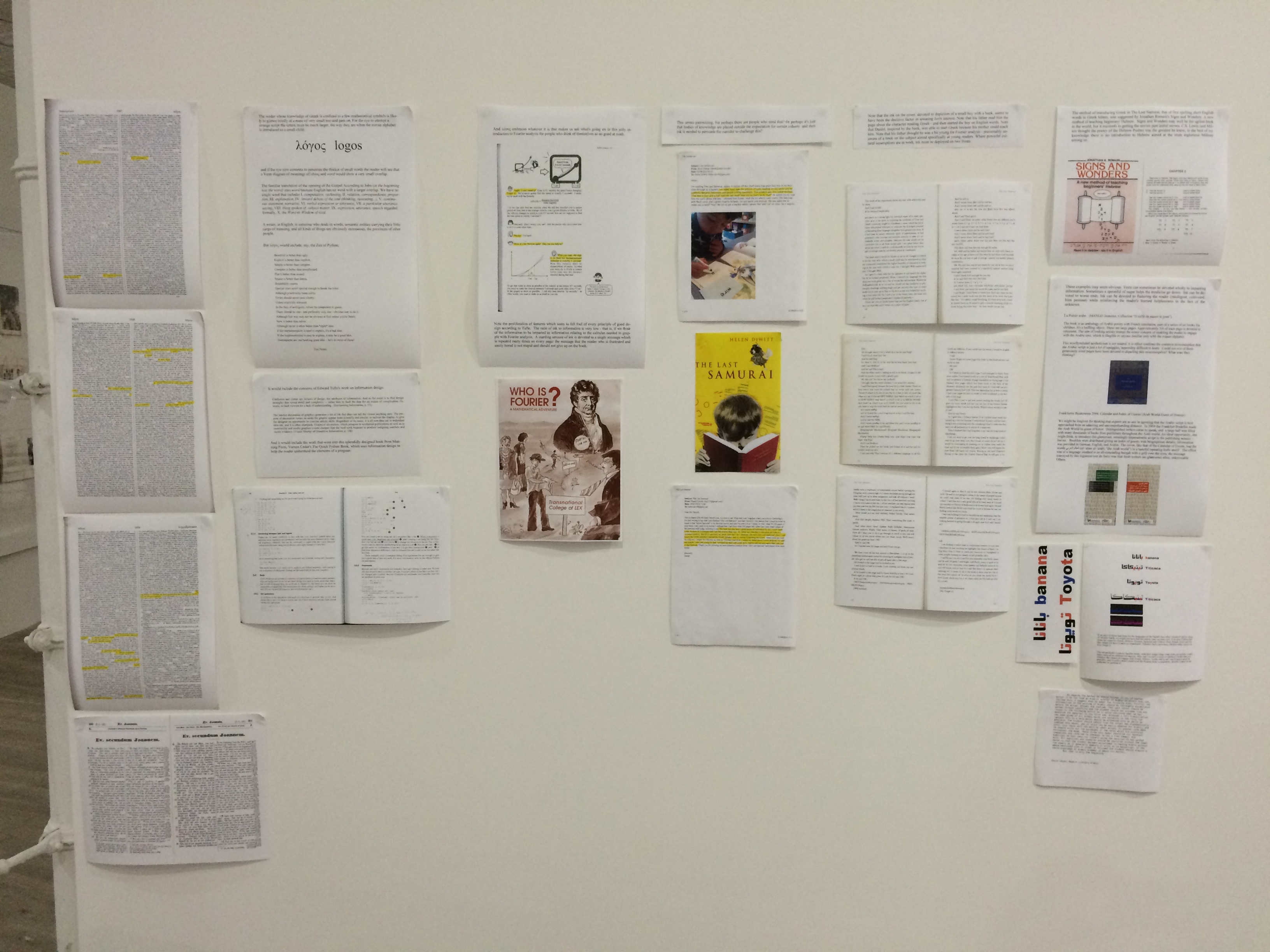 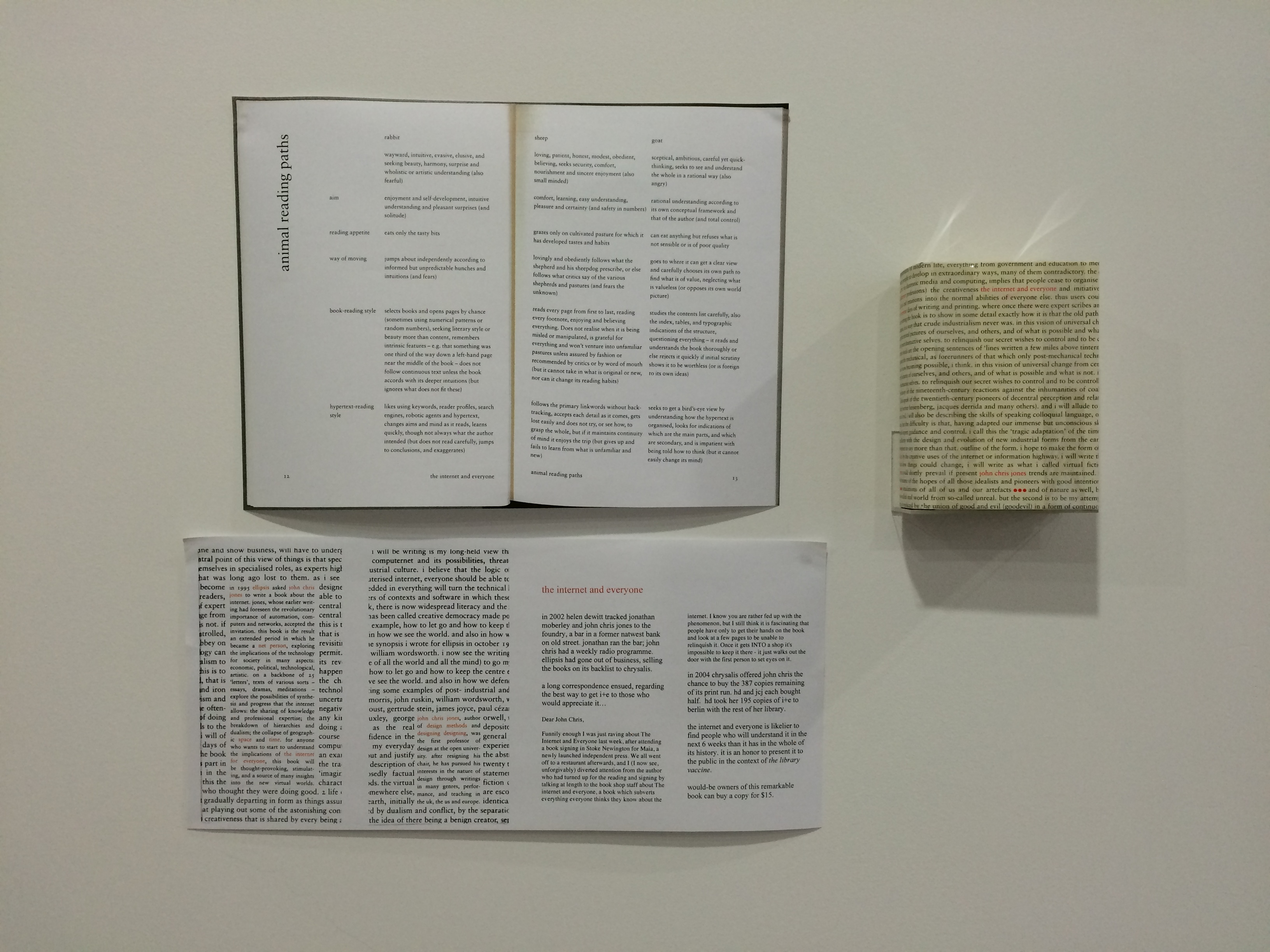 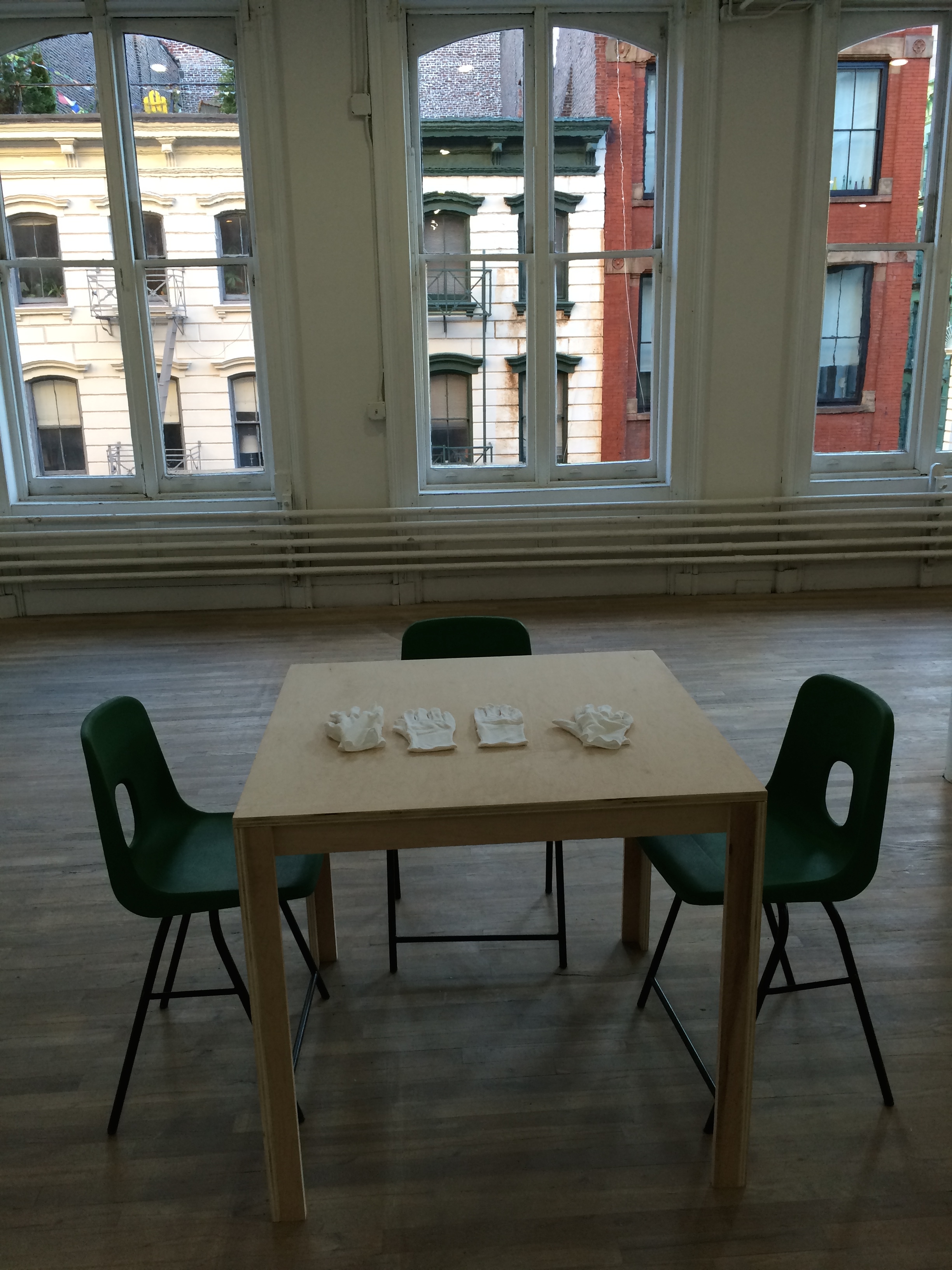 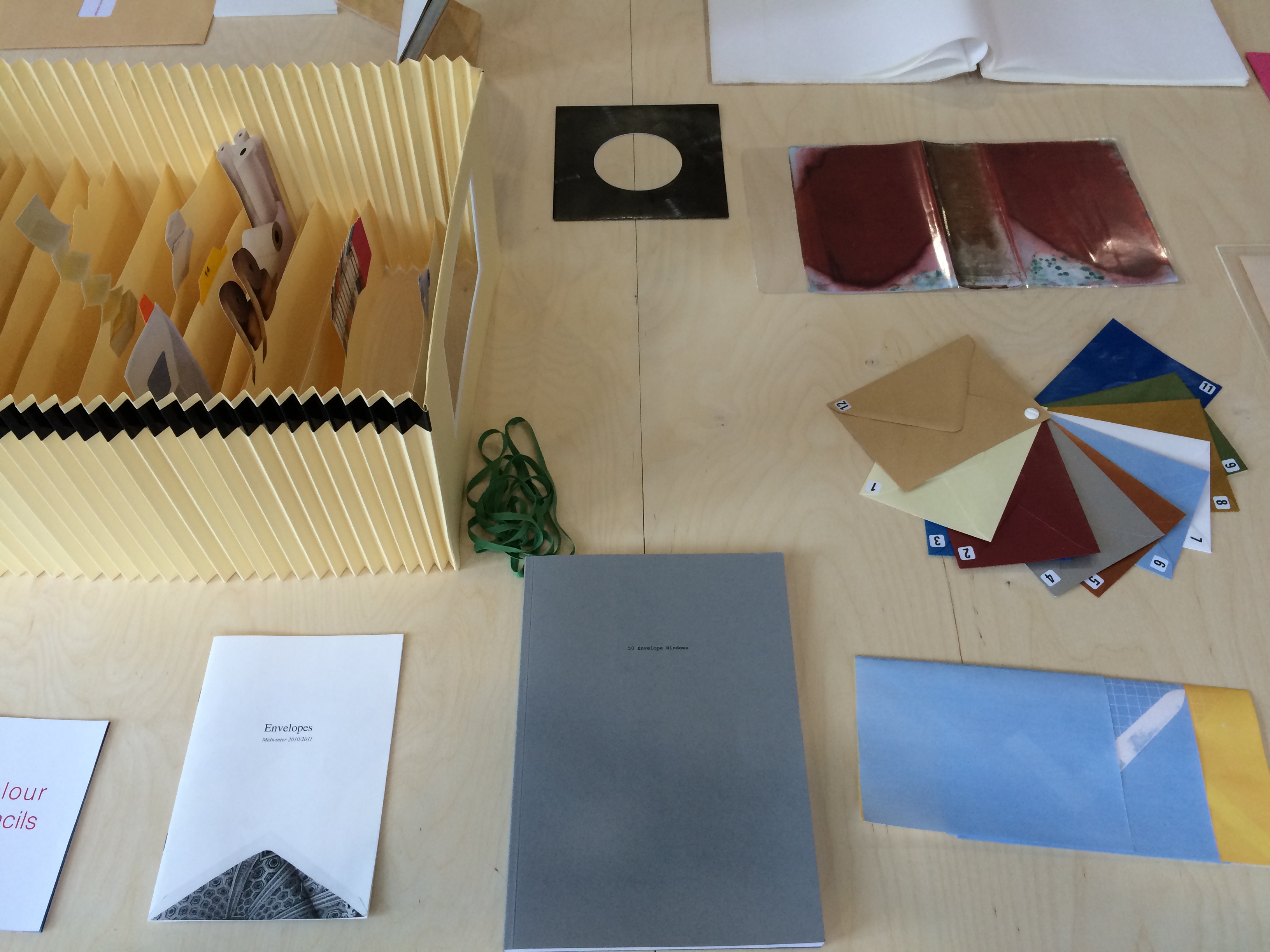 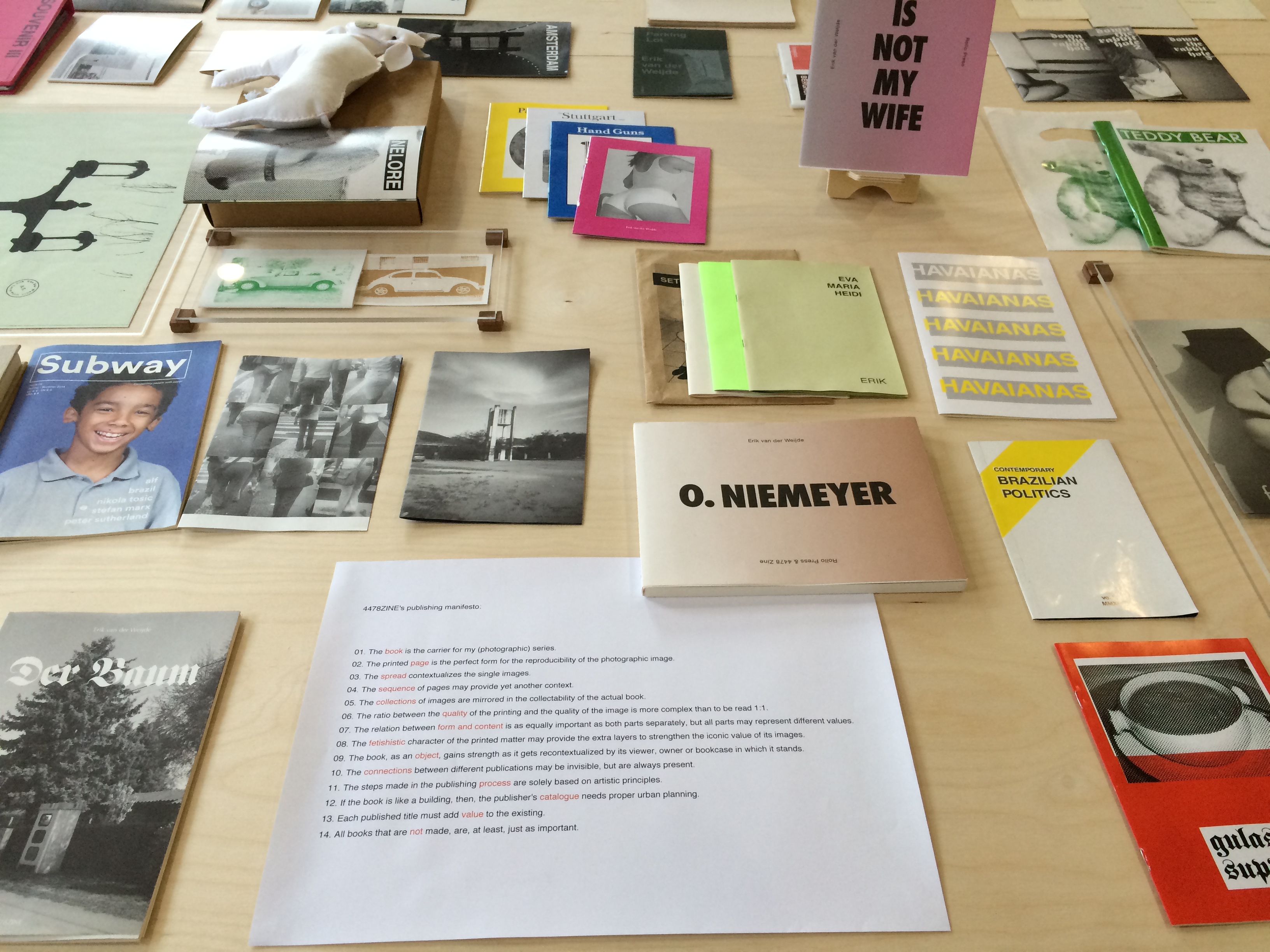 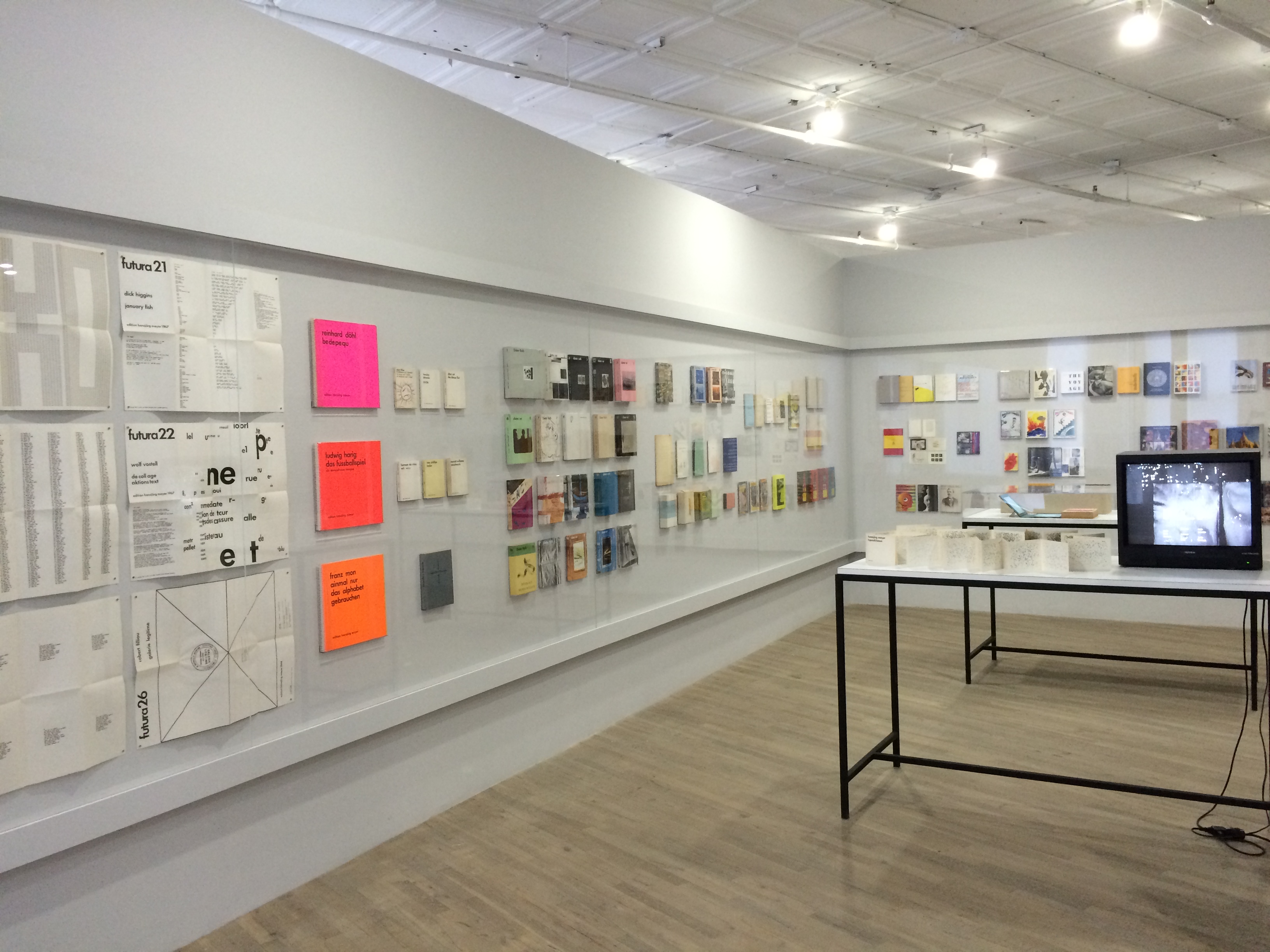 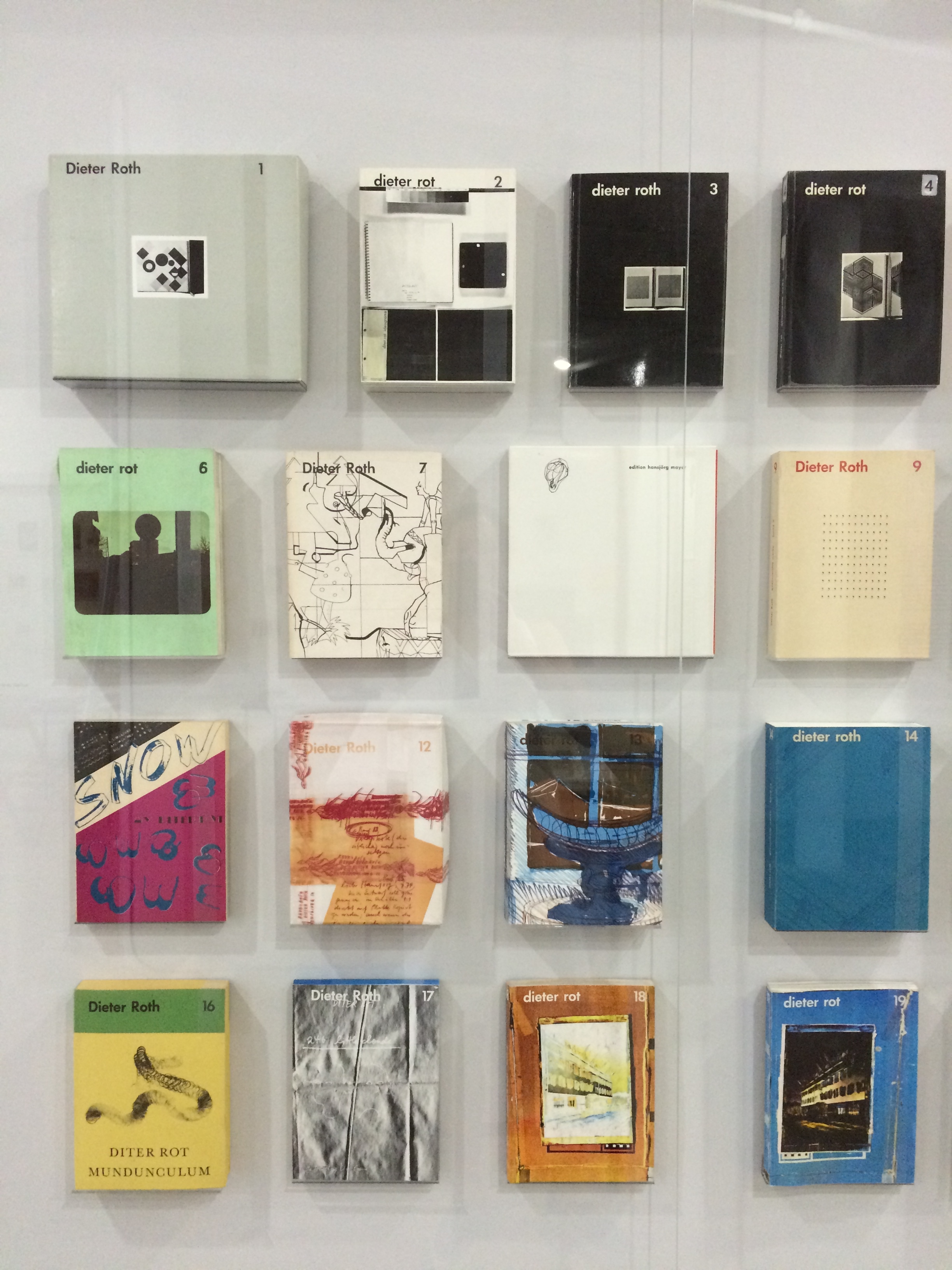 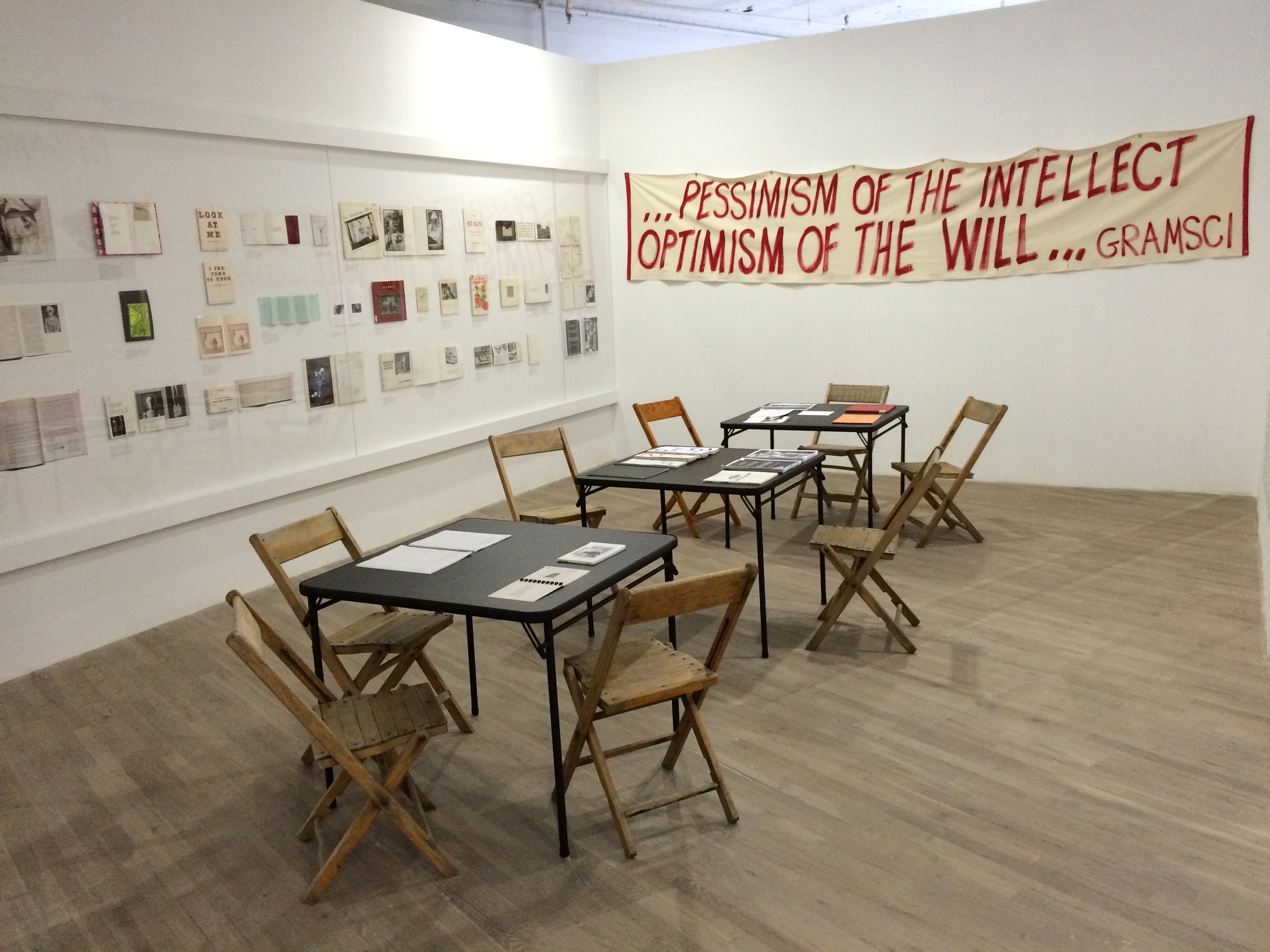 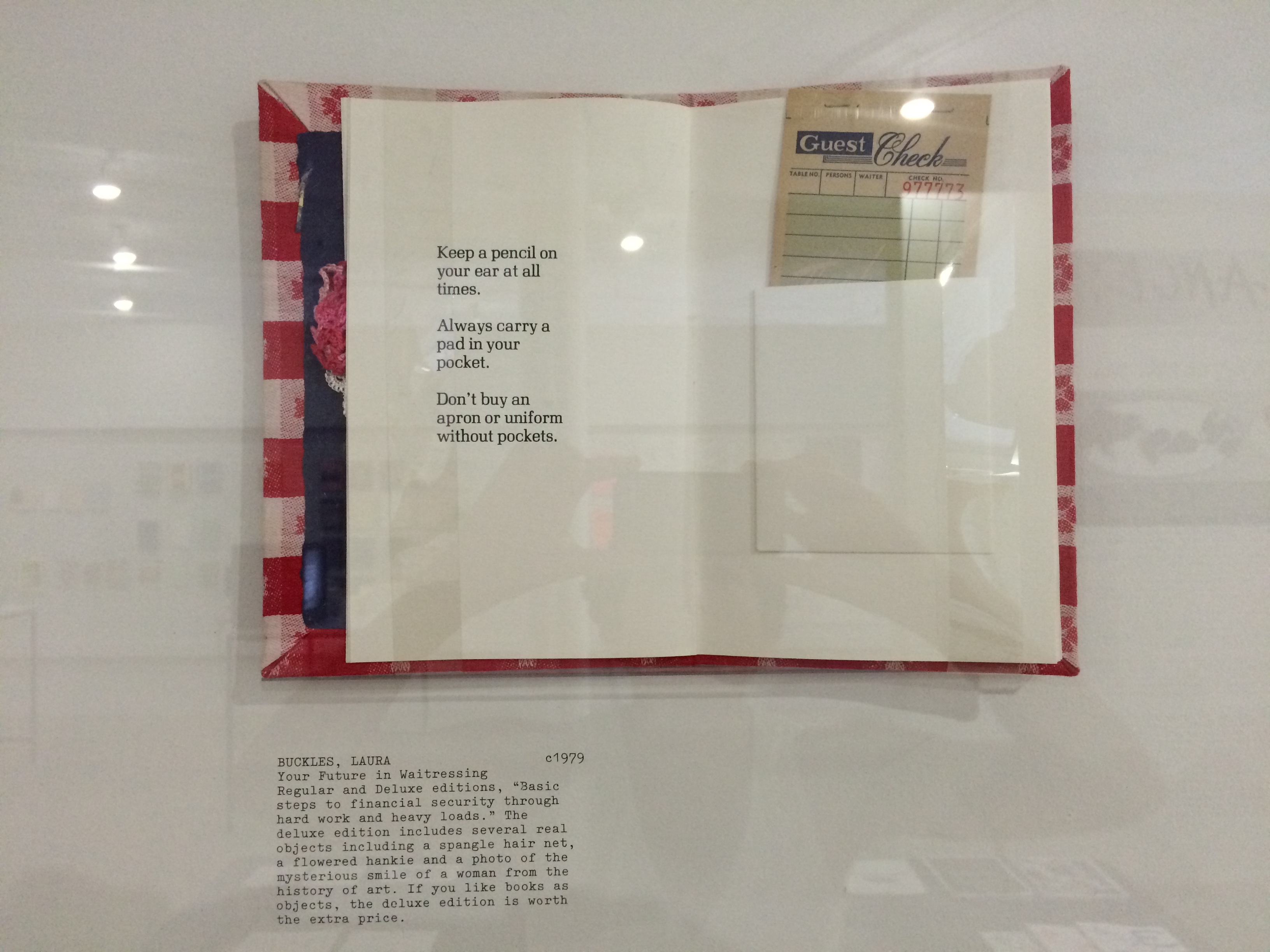 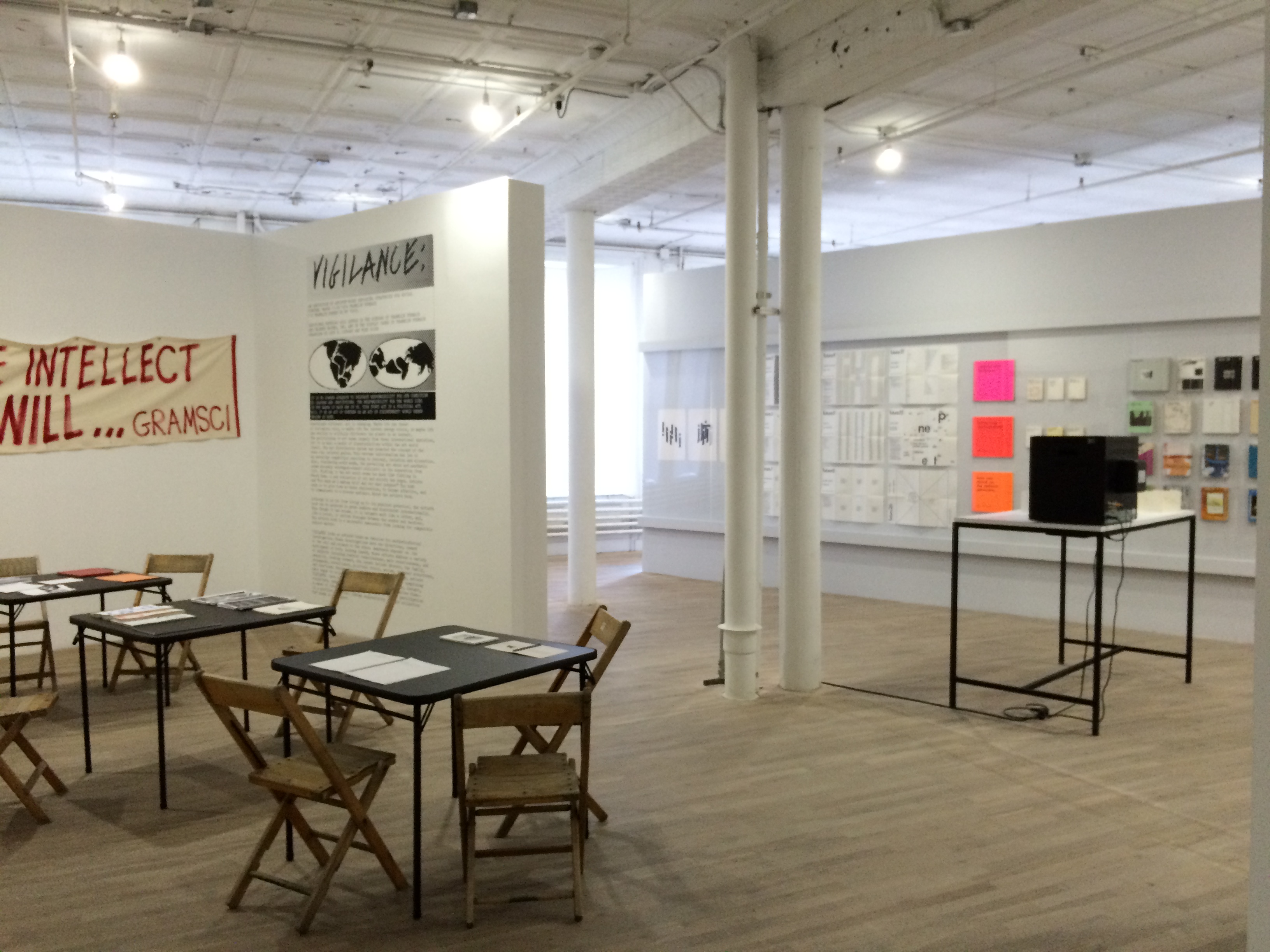 Seeing all these books in juxtaposition — particularly those laid out on the long table in the SW quadrant of the room — made me wonder about their topical connections to one another. I was drawing all kinds of speculative topic threads. …And speaking of threads: the most interesting thing to me about Cory Arcangel’s tl;dr at Team — a show featuring screen-based “sculptures” “displaying images taken from pop culture to which the artist has applied the Java applet “lake,” which creates a shimmering, seemingly liquid reflection along a horizontal axis” — was the whole messy cord situation on the floor.

After that, there were more threads to be disentangled — and entangled, and woven together, and frayed and knotted and strung around spools — at the Drawing Center’s “Thread Lines.” The show presented “sixteen artists who engage in sewing, knitting, and weaving to create a wide-range of works that activate the expressive and conceptual potential of line and illuminate affinities between the mediums of textile and drawing.”

And from Bengoa’s work, I was able to trace a thread — around the corner, into the Center’s back gallery — to the work of Xanti Schawinsky, a Bauhausian graphic designer who escaped to Black Mountain College during WWII.  I couldn’t help but note a resemblance to the composite “fruit heads” of Giuseepe Arcimboldo. But here Schawinsky’s Head Drawings and Faces of War tie us back to some of the central identity-based themes in Adkins’s work and the Library Vaccine show: how the delicate line of drawing, and the heavy machinery of militarism, are tied together in “the existential struggle of an artist copying with identity and the devastation of war.”