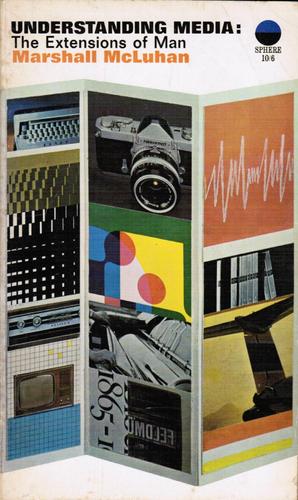 One of my fall courses is our MA program’s “Understanding Media Studies” lecture course, which I’ve taught three times before, when it was conceived as an “intro to grad studies” course. The class has been reorganized for this year, with some of the practical content extracted and repositioned in an intensive pre-semester Orientation, some of the study-skills- and professionalization-oriented content transformed into a set of online guides (which I created over the summer); and the Monday night meetings reconceived as a series of guest lectures and panel discussions with alums and advanced current students. Here’s my new course description:

Understanding Media Studies is a required course for all first-semester Media Studies MA students. It consists of a week-long orientation prior to the start of the semester, and a weekly seminar series that runs over the course of the semester. The orientation week introduces MA students to the Media Studies Faculty and Staff, to The New School’s facilities and resources, and to the fundamentals of procedural literacy and building a digital portfolio for your media studies career. The School of Media Studies Monday Night Lecture Series functions not only as a communal orientation experience for the first-semester UMS cohort, but also as an intellectual and creative “hub” for the entire School. We welcome several guest presenters from the academy, industry, and a variety of creative fields that represent the breadth of what Media Studies is and can be. We also welcome several New School Media Studies alumni and advanced current students, who speak with us about issues regarding professionalization and socialization within the field. UMS students are organized into small groups that are responsible for researching the various guests and preparing questions to kick off the Q&A period following each lecture; and for creating a recap and response post that is published on the School of Media Studies’ on-line magazine. The course is offered in a hybrid on-site/on-line format to accommodate all first-semester students.

And here’s our line-up for the semester:

All games express and embody human values, providing a compelling arena in which we play out beliefs and ideas. “Big ideas” such as justice, equity, honesty, and cooperation—as well as other kinds of ideas, including violence, exploitation, and greed—may emerge in games whether designers intend them or not. In this talk, Mary Flanagan presents Values at Play, a theoretical and practical framework for identifying socially recognized moral and political values in digital games. After developing a theoretical foundation for this approach, Flanagan will provide detailed examinations of selected games, demonstrating the many ways in which values are embedded in them. Flanagan will also discuss the Values at Play heuristic, a systematic approach for incorporating values into the game design process. Can better games enable a robust self and society?

Mary Flanagan has achieved international acclaim for novel interdisciplinary work that weaves a studio art practice into humanities scholarship and scientific inquiry. Not content to work solely in the gallery space, she invades commercial game design, pop culture, and academia with provocative ideas about authorship, politics, and aesthetics. Her artwork ranges from game based systems to computer viruses, embodied interfaces to interactive poems. These works are exhibited internationally at galleries including the Tate Britain, the Telfair Museum, and ZKM Germany. Flanagan’s hybrid practice was recently showcased in The Atlantic,and her engagement as a “public intellectual” pushed her to publish recent pieces in USA Today, The Huffington Post, The San Francisco Chronicle, Inside Higher Education, and more. Flanagan has served on the faculty of the Salzburg Global Seminar & the White House Office of Science & Technology Policy Academic Consortium on Games for Impact. She holds the honorary title at Dartmouth College of the Sherman Fairchild Distinguished Professor in Digital Humanities.  Her most recent book, co-authored with Helen Nissenbaum, is Values at Play in Digital Games (2014) with MIT Press.

We’re no longer working in the Film Industry, the TV Industry or the Video Game Industry, the world of entertainment has comailnverged and there is one clear through line: story. As a Transmedia Producer, Caitlin Burns has spent a decade producing intellectual properties whose stories flow across platforms. Each experience type faces unique challenges to production and together thrilling new opportunities emerge as technology and creativity combine. These are some lessons for projects large and small drawn from Studio Projects and Console Games, Digital Experiences and Live Theatre. There have never been more opportunities to reach audiences with narrative work… What does a success story look like?

Caitlin Burns is a Transmedia Producer and Content Strategist based in New York City.  She is an elected member of the Producer’s Guild of America’s New Media Council Board of Delegates and is a Co-Chair of the PGA Women’s Impact Network. Her work includes narrative and multiplatform strategies for notables such as: Pirates of the Caribbean,Fairies, and Tron Legacy for Disney, James Cameron’s Avatar for 20th Century Fox, Halo for Microsoft, Happiness Factory for The Coca-Cola Company, Teenage Mutant Ninja Turtles for Nickelodeon and Transformers for Hasbro. She has also worked with Sony, Showtime, Pepperidge Farm, Scholastic, Tribeca New Media Fund, FEMSA, Wieden+Kennedy, Reebok and Stratasys. Her independent production, McCarren Park, launched at the Tribeca Film Institute Interactive Day and screened at the New York Film Festival: Convergence.

Susa Pop is an urban media curator and producer based in Berlin. In 2003 she founded Public Art Lab (PAL) as a network of experts from the fields of urban planning, new media arts and IT. Susa Pop is interested in creative city-making through urban media art projects that catalyze communication processes in the public space. She initiated most of the PAL projects like the Connecting Cities Network (2012-16), Media Facades Festivals Berlin 2008 and Europe 2010, Mobile Studios (2006) and Mobile Museums (2004). She also speaks worldwide at conferences and workshops and is a lecturer at several universities like University of Potsdam and Leuphana University /  Institute of Urban and Cultural Area Research. In 2012 Susa Pop co-edited and published the book Urban Media Cultures.

Chaired by Dr. Peter Asaro, this panel discussion by Nobel Peace Laureate Ms. Jody Williams and Mary Wareham of Human Rights Watch will look at the evolving nature of media outreach and advocacy for humanitarian disarmament. Williams and Wareham have collaborated together over the past twenty years on initiatives to ban antipersonnel landmines and cluster munitions. They are co-founders of the Campaign to Stop Killer Robots (www.stopkillerrobots.org), a global coalition of non-governmental organizations that is seeking a preemptive ban on weapons that would select and attack targets without meaningful human control. The panelists will consider how media has reacted to and covered the challenges posed by autonomous weapons and call for a ban as well as the similarities and differences to media outreach and advocacy for campaigning against landmines and cluster munitions. They will discuss how the Internet and social media have changed the landscape, and also how new media has changed the campaign’s approaches to mainstream media and journalists.

The Nobel Women’s Initiative is a co-founder of the Campaign to Stop Killer Robots and Jody Williams serves as a spokesperson for the global coalition.

In 1997, Jody Williams became the tenth woman to receive the Nobel Peace Prize for her role as the founding coordinator (1991-1998) of the International Campaign to Ban Landmines (ICBL), co-recipient of the Peace Prize. Jody served as a chief strategist and spokesperson for the campaign in the crucial “Ottawa Process” period that saw an unprecedented diplomatic effort involving governments as well as NGOs, UN agencies, and the International Committee of the Red Cross work to adopt the Mine Ban Treaty in record time.

Human Rights Watch is a co-founder of the Campaign to Stop Killer Robots and Mary Wareham serves as the coalition’s global coordinator.

Mary Wareham is advocacy director of the Arms Division, where she leads Human Rights Watch’s advocacy against particularly problematic weapons that pose a significant threat to civilians. She was centrally involved in the efforts to secure the 2008 Convention on Cluster Munitions and 1997 Mine Ban Treaty. On behalf of Human Rights Watch, Wareham was responsible for helping to establish and coordinate the Landmine Monitor research initiative by the International Campaign to Ban Landmines, which verifies compliance and implementation of the 1997 Mine Ban Treaty.

Wareham directed and produced an award-winning feature-length documentary film on landmines entitled “Disarm” (2006). She worked as a researcher for the New Zealand parliament from 1995 to 1996 after receiving bachelor’s and master’s degrees in political science from Victoria University of Wellington.

Benjamen Walker has made radio for NPR, WNYC, WFMU, and the BBC. Currently he produces and hosts The Theory of Everything, part of the Radiotopia network from the public radio exchange.

Since 1966 Jill Godmilow has been producing and directing non-fiction and narrative films including the Academy Award nominated Antonia: A Portrait Of The Woman (1974); Far from Poland, (1984) the post-realist documentary feature about the rise of the Polish Solidarity movement; Waiting for the Moon (1987), a feminist/modernist fictional feature about the lives of the literary couple Alice B. Toklas and Gertrude Stein (1st prize, Sundance Film Festival); Roy Cohn/Jack Smith (1995), a cinematic translation of a theater piece by performance artist Ron Vawter; What Farocki Taught, a replica and interrogation of a short film by German filmmaker Harun Farocki about the production of Napalm B during the Vietnam war, and most recently, a 6 hour, DVD archive, Lear ’87 Archive (Condensed) about the work of the renown New York City theatrical collective, Mabou Mines, at work  on a fully gender-reversed production of Shakespeare’s “King Lear”. Among others, she has received fellowships from the Guggenheim and Rockefeller foundations. In 2003, Antonia: A Portrait of The Woman was added to the prestigious National Film Registry at the Library of Congress.

This talk will consider “Selma Last Year,” a largely forgotten multimedia installation that took place during the Winter of 1966 as part of the New York Film Festival’s fleeting interest in Expanded Cinema. A collaboration between the street theater producer Ken Dewey, Magnum photojournalist Bruce Davidson, and Minimalist composer Terry Riley, this groundbreaking media installation juxtaposed large scale projected images, an immersive audio collage, small scale photographic prints, 16mm documentary film, and a delayed video feedback loop to create a series of intentionally disjunctive environments. During the Festival’s Expanded Cinema Symposium, Annette Michelson would explicitly dismiss Dewey’s work as a “revival of the old dream of synesthesia”— insisting upon a Modernist conception of medium-specificity as the only legitimate grounds for aesthetic radicalism. While the success of the “Structural Film” in the years immediately following might be taken as evidence for Michelson’s position, I contend that Dewey’s prescient concern for what would come to be known as “site-specificity” would prove the more enduring model for critical media aesthetics in the decades to come.

Andrew V. Uroskie is Associate Professor of Modern & Contemporary Art, and Director of the Doctoral Program in Modern Art History, Criticism and Theory at Stony Brook University in New York. Broadly speaking, his work explores how durational media have helped to reframe traditional models of aesthetic production, exhibition, spectatorship, and objecthood. He has published in numerous journals and anthologies in the US, England, Italy, Spain, and Brazil, both in English and in translation. His first book, “Between the Black Box and the White Cube: Expanded Cinema and Postwar Art,” was recently published by the University of Chicago Press.