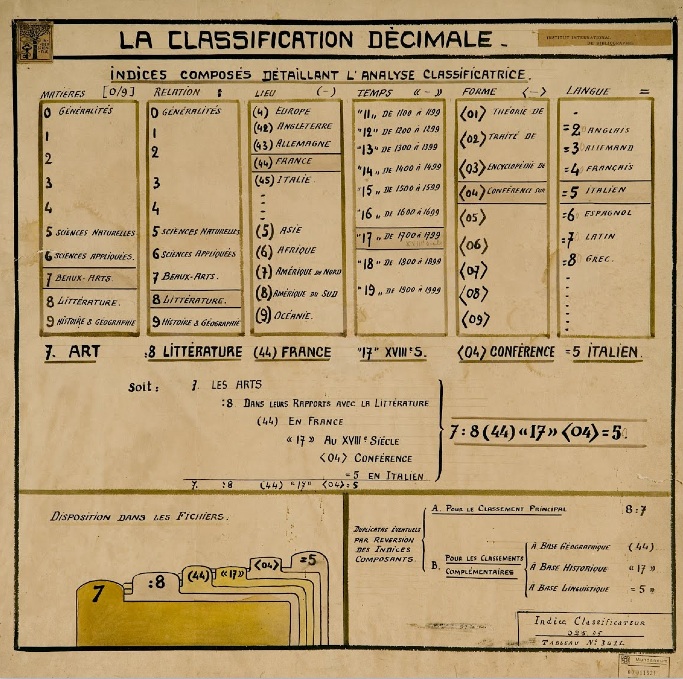 Today in my Archives, Libraries + Databases grad seminar we’re starting our database unit. I’ve got lots of great material to share, and it’s proving somewhat difficult to keep track of all the videos, images, etc., in my lesson plan — so I figured I’d just dump everything into a blog post. It’ll keep me more organized and it’ll allow others to have access to this material, too.

Here’s what we’ll have read for class:

Foucault presents The Order of Things in part as an attempt to rediscover in “what space of order knowledge was constituted.” Foucault posits that order requires a space for constitution, that humans need to place things on particular sites in order to make sense of them. To describe this space, Foucault borrows the metaphor of the operating table upon which “the umbrella encounters the sewing machine” and “enables thought to operate upon the entities of our world.” The operating table girds ordering by providing a foundational space for that ordering. Faced with the incongruous, we must resort to the operating table, the space that undergirds the classification of things and thus our ability to form knowledge. If, as Foucault argues, truth has a history, then it is upon this operating table that this history sits, waiting to be recovered. Thus Foucault asks, “On what ‘table’, according to what grid of identities, similitudes, analogies, have we become accustomed to sort out so many different and similar things?” In other words, in what space do we build our order? This question is troubling: if it is true that our knowledge rests on an operating table, if it is true that we can make sense of things only because of an underlying structural support, then removing this support or destabilizing it, as heterotopias do, would represent nothing less than an attack on our way of knowing, a direct assault upon our episteme.

PASSAGES TO FOCUS ON 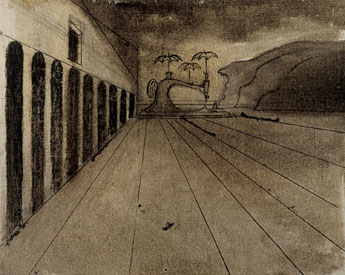 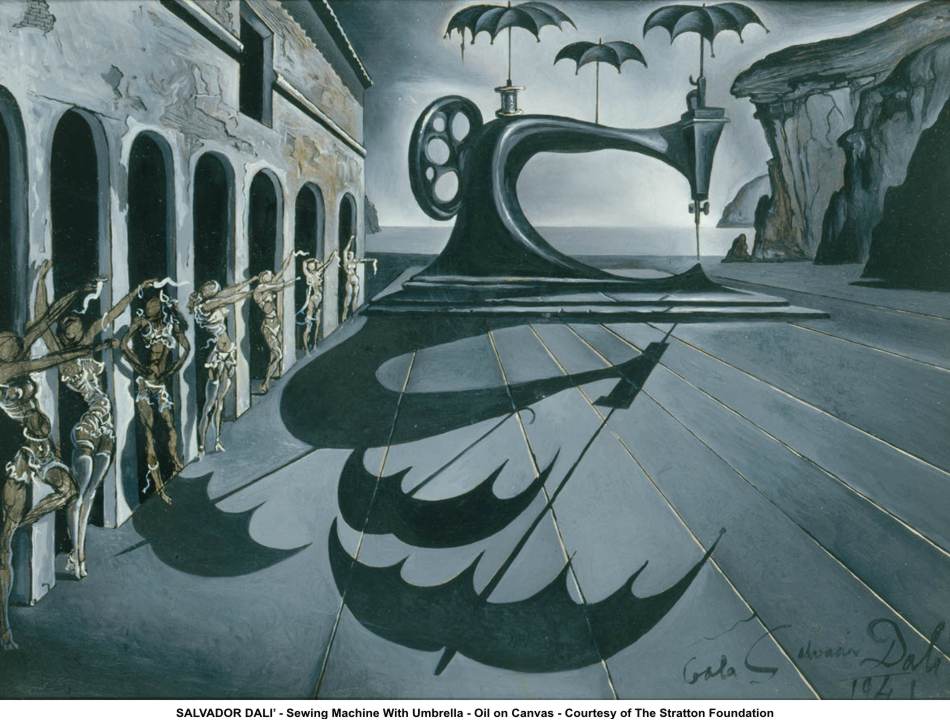 datum given, that which is given, neuter past participle of dare, to give. 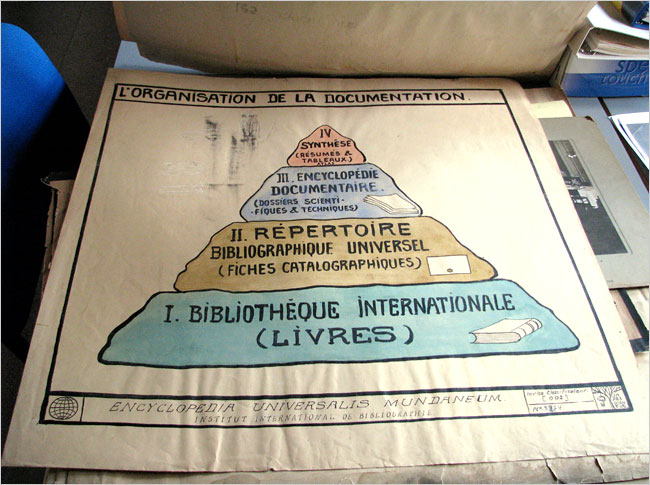 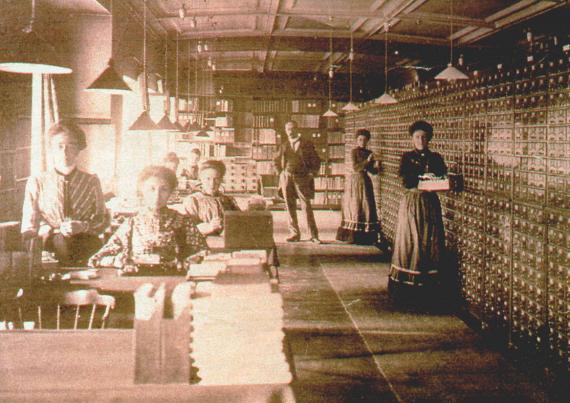 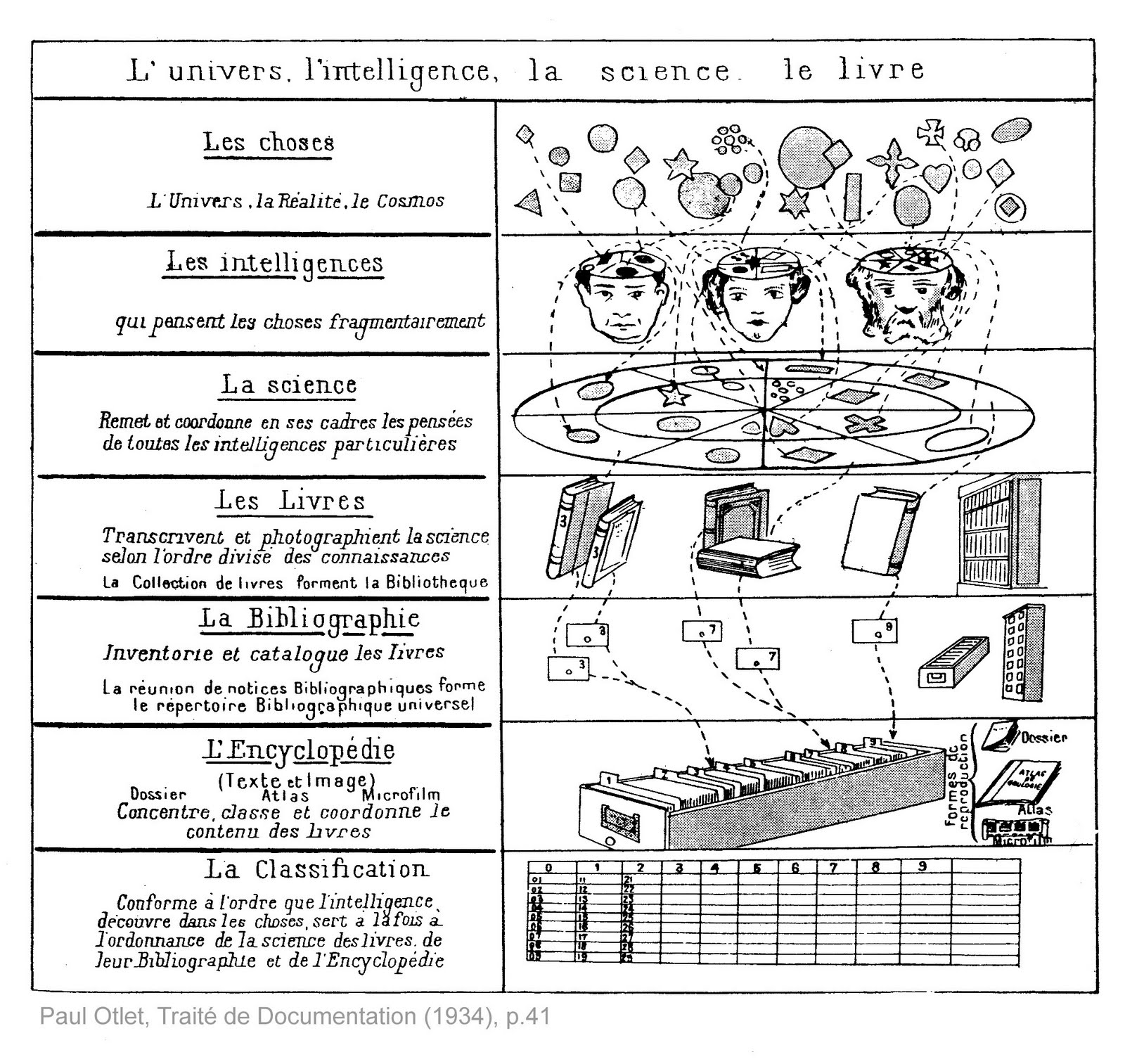 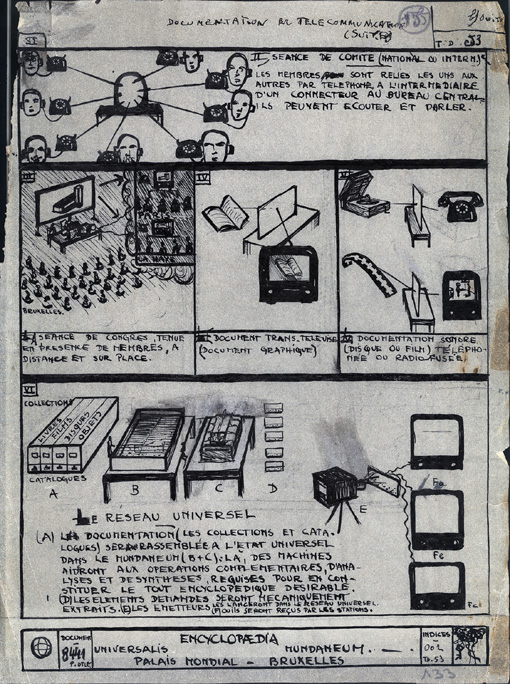 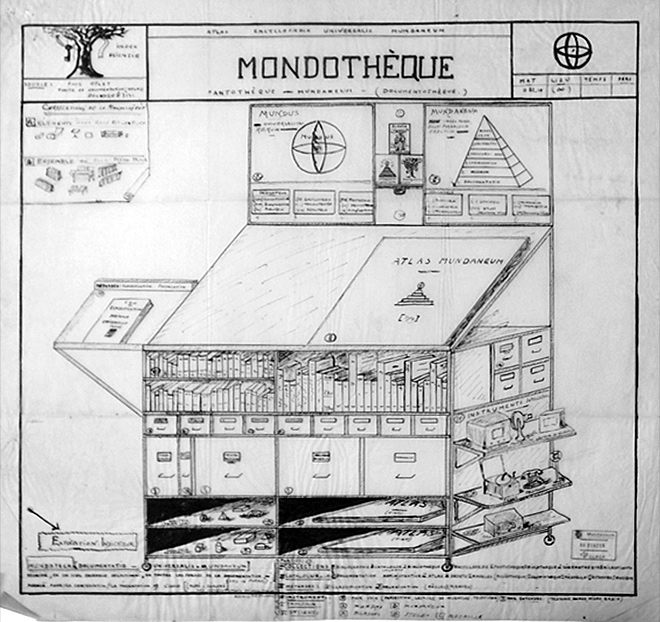 What can we read into the episteme of Otlet’s time by understanding his model for organizing knowledge?

“AS WE MAY THINK”