The past three weeks have involved a whole mess of travel — to and from Chicago, amongst its far-flung suburbs to visit various in-laws, into and out of the city; and to and from central Pennsylvania, where my family lives. There was much family togetherness (much appreciated!) and, consequently, a little less time for reading than I had anticipated. Nevertheless, I did manage to find time to enjoy the new “Logistics” issue of Cabinet (which included a great piece by Clare Lyster and an interview with Nancy Pope, the Smithsonian’s Historian and Curator of Postal History), the new issue of Log, and Terry Belanger’s Lunacy and the Arrangement of Books. I also archived a bunch of October, Critical Inquiry, and Artforum articles I’d read over the past few months, and dug into Anne Burdick et. al.’s excellent Digital Humanities (which, even though I’m only a third of the way into it, seems like something I’ll be using in my future classes).

Plus, I reread McLuhan’s Understanding Media — both because my husband had planned to read it with me, so he could learn more about media studies, and because I was invited to write a piece, for the book’s 50th anniversary in 2014, on my initial impressions of the text and how it has (if it has) informed my research and teaching. I finished that essay last night; I decided to focus on how my evolving feelings about McLuhan — and the whole ecological approach to media studies — have paralleled my own coming-to-terms with the fact that “formalism” needn’t be a dirty word.

Speaking of forms: while in PA I spent some time with my dad in the workshop, making two new end tables for our apartment in Brooklyn. We modified (read: simplified, since we had less than a day to complete everything) a Thomas Moser design. I did the dovetailing, and my dad, because he works way faster than me, did everything else. I recalled just how much I like working with chisels and thought, again, that I really should buy some woodshop time at 3rd Ward or Gowanus Studio Space or something like that. 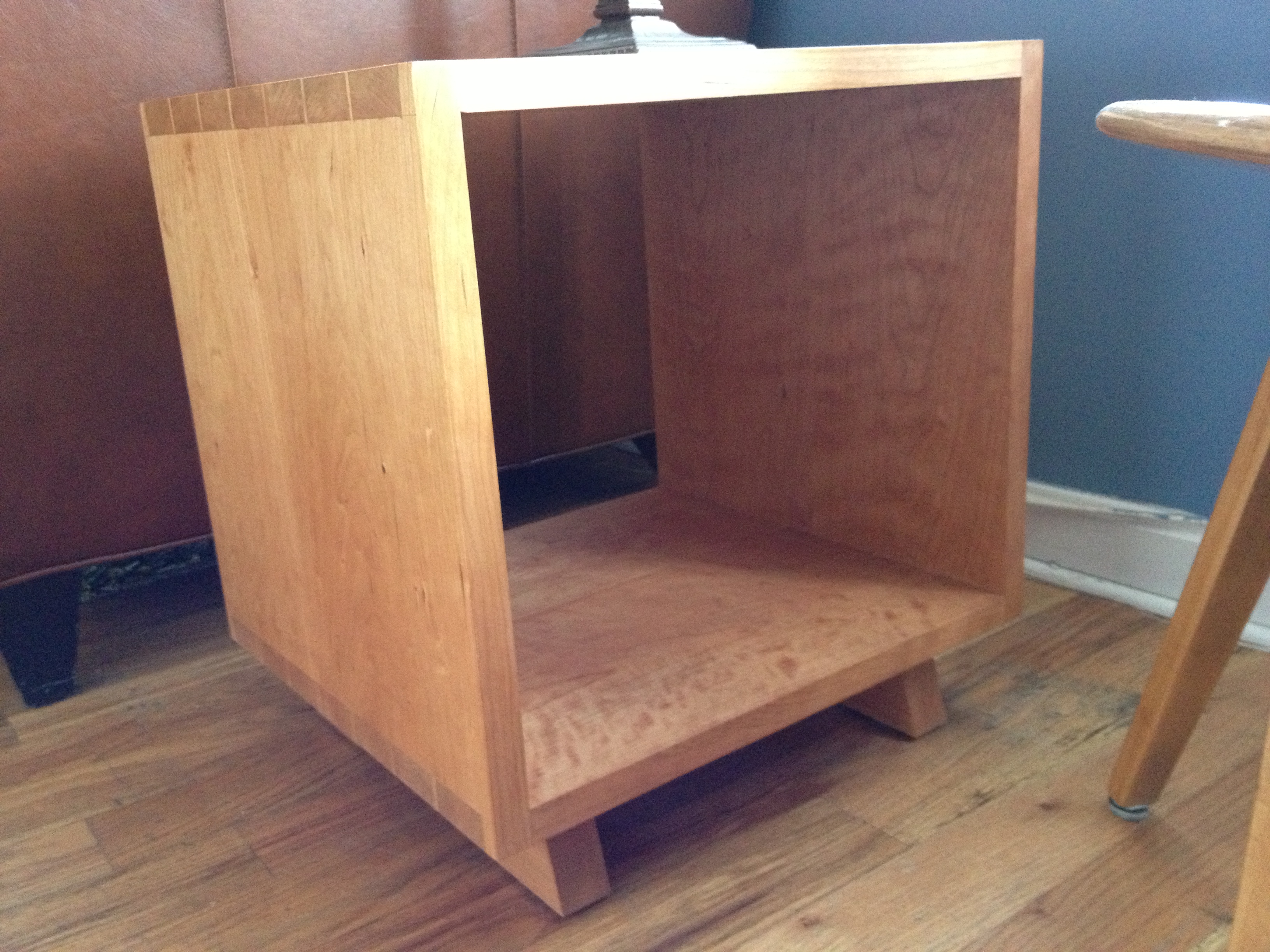 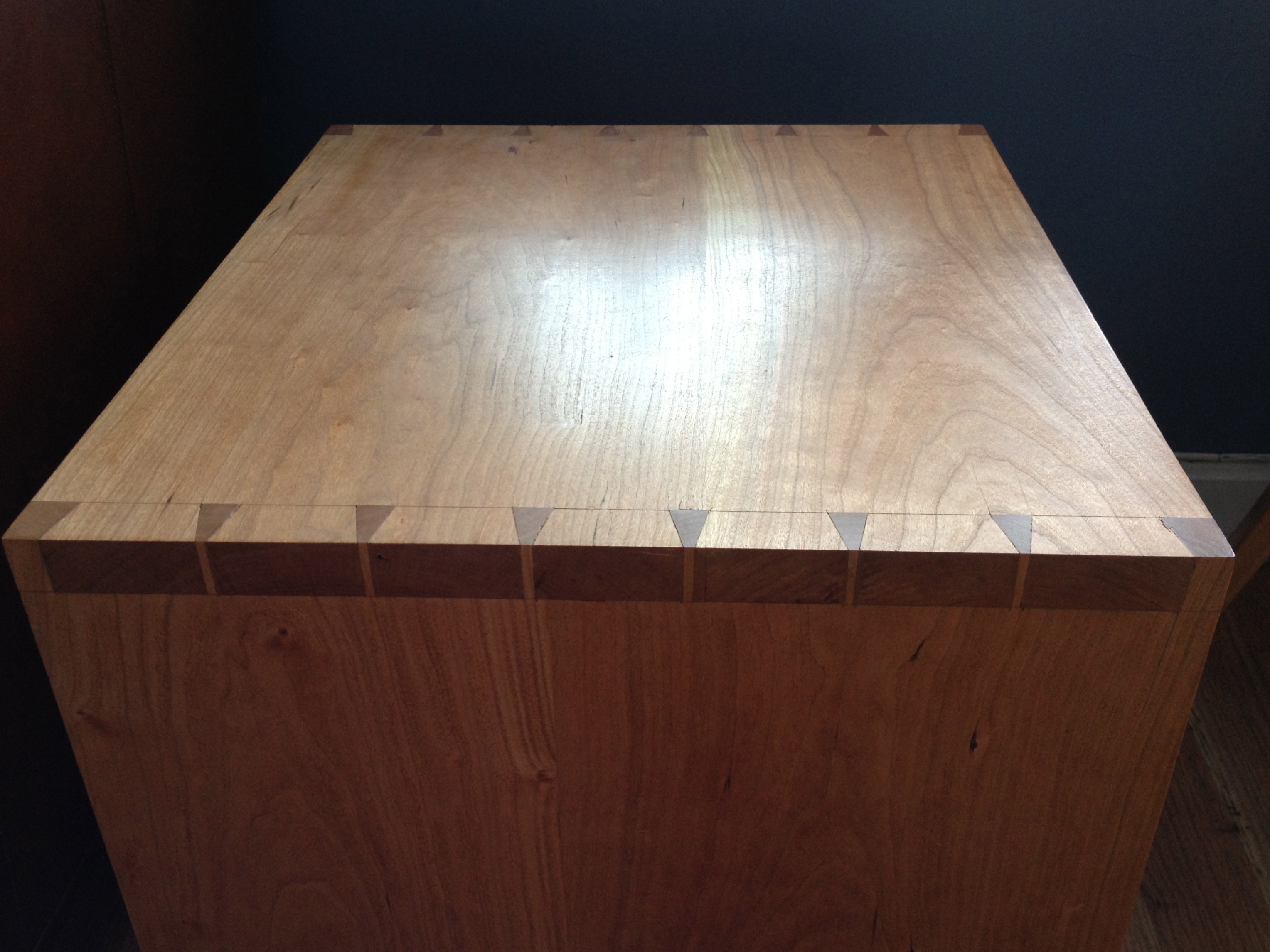 We also squeezed in some art. A friend and I saw Mickalene Thomas at the Brooklyn Museum of Art. And I revisited the Ann Hamilton installation at the Park Avenue Armory with my husband. My previous visit, with my Archives/Libraries/Databases class, was on a Tuesday afternoon — so the cavernous space was relatively quiet and the security guards were relatively chilled out, probably because there were no kids fighting over swings. The return visit was during prime-time (Jesse Tyler Ferguson was there!) — a Saturday afternoon shortly before the exhibition closed — and the starkly different social and sonic environment made the installation feel completely foreign. At first I missed the intimacy of the initial visit, but then I came to appreciate that the density of activity revealed a new, integrally participatory, dimension of the piece. As Roberta Smith described in the Times, with so much going on ,”you could feel the rest of the interconnected system pulse and gyrate, a momentary demonstration — at once silly and profound — that we are, indeed, all connected.”

While in Chicago, we made an afternoon stop at the Art Institute, to take in the Steve McQueen and Hito Steyerl exhibitions. Among Steyerl’s video installations, I particularly enjoyed Adorno’s Grey, which I’ll allow e-flux to describe:

Legend has it that Theodor W. Adorno had the auditorium where he taught at the Goethe-Universität in Frankfurt painted grey to aid concentration. In Adorno’s Grey, a team of conservators burrows into the wall of this auditorium hoping to reveal the layer of grey paint beneath it. A voiceover recounts an incident in 1969 when, after three female students approached and bore their breasts to him during a lecture, Adorno collected his papers and ran away in a panic. This would be his last lecture.

Art Agenda offers a much more thoughtful analysis of the piece than I’m capable of, since I, thanks to a tight schedule, had to “sample” the video and the lengthy wall-text timeline. While at the institute, we also caught the Studio Gang and Project Projects exhibitions.

And before all the holiday travels began, I took in the Art of Scent exhibition at the Museum of Arts and Design. I’ve always been interested in multisensory exhibition — I’ve written about it, and this past fall I chaired a panel on the topic. Smell seems a particularly challenging sense to capture in exhibition. Last year I wrote about Christophe Laudamiel’s Phantosmia show, but I was curious to see what Diller Scofidio + Renfro would do with the exhibition design at MAD. 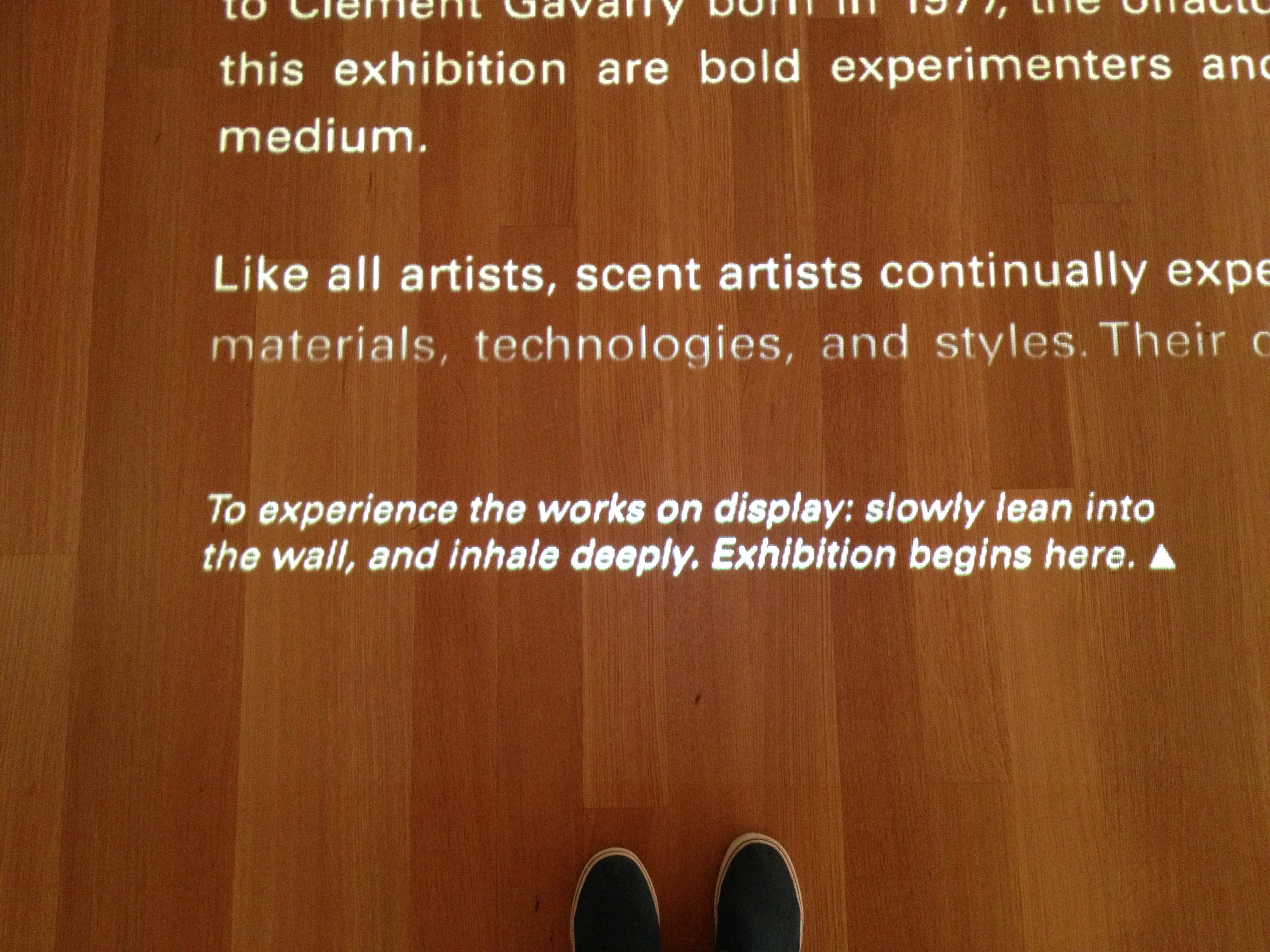 Once again, this post has gotten really long, so I’m going to wrap up without really wrapping things up. Then again, that’s kind of how my winter break played out: sampling lots of things without any compulsion to find cohesion.