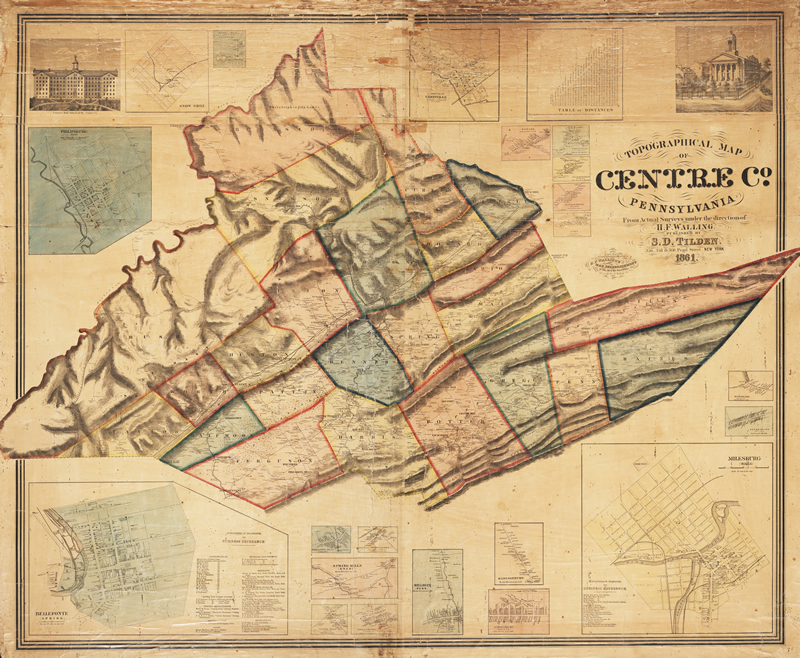 Until recently nobody had ever heard of my hometown. When people asked where I was from, I’d say, “Oh, about 15 minutes’ drive from [Larger, More Recognizable College Town.]” That changed in May, when my beloved Bellefonte, Pennsylvania, played host to the Jerry Sandusky trial. TV vans — from local news outlets to major networks — lined the streets of Victorian buildings. They double-parked outside the community service center, where my mom volunteers on Fridays; outside the YMCA, where my grandmother does her “aquacize” a couple mornings each week; outside the jewelry store where my brother and sister-in-law bought their wedding bands nearly a decade ago.

Unfortunately, my connections to the whole Sandusky debacle don’t end there. I went to Penn State, too, although I certainly never wanted to. I had my heart set on Swarthmore. But when it came down to money — Swarthmore was $15,000 or so after scholarships; Penn State was pretty much free, thanks to my admission into the Scholars Program — I had to choose “free,” especially when I was expecting tons of medical school debt (back then, in the mid-90s, I thought I was going to be a doctor).

Growing up a stone’s throw from a college town — a sports-crazy, heavily Greek-ified, but still charmingly idyllic college town — meant I was exposed at a very young age, and repeatedly, to strong examples of what I definitely didn’t want to be when I grew up: a football fan, a sloppy drunk, a sorority girl. I resented that we had to plan our fall weekends around the home football game schedule; we always went grocery shopping *during* the game, while 3/4 of Centre County — as well as roughly half the population from the neighboring states (I exaggerate slightly) — was safely locked up inside the stadium. During those four quarters the roads were dead, and my mom and I had the mall and the Weis Market all to ourselves.

I managed to get through four years of Penn State without seeing a single football game. If only my then-boyfriend hadn’t forced me to sit through one set of a volleyball match one evening, I could claim the dubious distinction of never having seen a single Penn State sports game during my undergraduate tenure. In lieu of sports, we went to shows — to concerts my boyfriend and his friends organized at the student union building, or to shows in Philly and Pittsburgh — and I tutored kids in math and ESL, and worked at an independent indie-rock-and-jazz record store in the basement below McLanahan’s Drug Store, and studied my butt off.

And occasionally I waitressed — at the fanciest restaurant in town, it just so happens (whatever mental image you have of this restaurant, scale it down a bit; “fanciest” is relative.) I was told that some of the Penn State brass were investors, and I occasionally had the honor of serving single-malt scotches and filets to university trustees and local luminaries, including, on occasion, Joe Paterno. Those were the only occasions I’d ever been in the man’s presence. To this day, I haven’t seen a football game at Beaver Stadium. I’m sure I never will.

The only presence Penn State sports have had in my life has been a negative presence: I’ve gone out of my way to avoid them. It’s not that I don’t like sports; growing up, we had season tickets to Pittsburgh Pirates games, and my brother was a great baseball and soccer player, so I’ve been to my share of sporting events. And if we had girls’ soccer and/or field hockey teams at my school, I definitely would’ve played. But I never really liked college sports, and I particularly disliked what I imagined — based on those early negative encounters — to be the culture of debauchery and fanaticism associated with some of the sports teams at PSU.

And as much as I, during my high school days, didn’t want to have to attend the home-town college, I have to admit that Penn State offered me a fabulous education. I met some wonderful scientists and mathematicians during my couple years as a chemistry major. And when I eventually switched over to where I belonged, in the liberal arts, I encountered some faculty who’ve changed my life: Rich Doyle and Marie Secor in English, Peirce Lewis in Cultural Geography, Susan Strohm in Research Methods (yes, Research Methods!). And there are many others. I eventually graduated first in my class in 1998 — just as the Sandusky affairs began to surface, although securely behind closed doors.

I’d never admit to having school pride, but I eventually came to appreciate Penn State for all it offered me: some inspiring faculty, a great education, a mind-blowing breadth of fields of study, a beautiful campus, and steeled conviction that it was perfectly okay not to like the same things so many of my fellow students seemed to like.

Every time I go back home to Bellefonte and find myself driving south on Interstate 99, the first marker of my alma mater that I see on the horizon is the football stadium, springing up in all its “technological sublimity” from green, rolling hills, and framed by gentle mountains. How unfortunate that the most immediately recognizable symbol has always been the one that embodies the opposite of my experience there. But still, the stadium was only one element in a landscape that was, for the most part, rather pastoral and evocative of lots of pleasant memories.

That stadium once represented for me little more than wasted time and money, empty calories, and occasional buffoonery. Now it emblematizes pathetically distorted priorities, reprehensible irresponsibility, and tremendous shame. And sorrow — sorrow for Sandusky’s victims, sorrow for what’s become of my school, and for what could become of my hometown.

The repercussions of Sandusky’s and other university leaders’ abominable behavior will ripple out far beyond the stadium. Or course those most directly and profoundly affected are Sandusky’s victims themselves, and it’s their experience with which we should be most concerned. But theirs aren’t the only lives these crimes will impact. “Innocent” football players (I never thought I’d utter such a phase) will find their dreams dashed (I find it hard to get all worked up over this one.). University applications and enrollment will likely drop. State funding could be cut, potentially impacting scholarship students, which I once was. And students, faculty, and staff will have to live with the university’s tarnished reputation — and come to terms with the terrible things that have happened there (it’s such a shame that most current discussion is about rallying the football team — rather than rebuilding the university as a whole, or, even more important, addressing the larger issues of sexual abuse.)

What’s more, the local economy is in jeopardy. I’ve always thought it ridiculous that some local businesses’ financial stability was tied directly to the football team — but, like it or not, that’s the economy we’ve created in Centre Country. Some shops and restaurants need those lucrative football weekends to sustain themselves for the rest of the year. A lot of local condos and apartments belong to football weekend residents, who use these homes solely as a crash pad during fall home-game weekends. Ridiculous, yes — but what happens to the local real estate market when these folks try to dump their game-weekend second homes? What happens to the college students who rely on game-weekend tips at local restaurants and part-time jobs at local hotels? Or to all the other local shops and services that rely on football traffic — or that support these other businesses that serve the football patrons? I reserve part of my sorrow for family and friends who are likely to be adversely affected (through several degrees of separation, via economic ripple affects) by the actions of a corrupt few.

I’ve always found it so baffling that a local culture and economy could allow itself to become so dependent upon one industry — and an industry it is. It’s big-time, commercial-supported, televised sports. Equally dismaying is that any university could allow something so non-essential to its core mission to become its key money-maker, its signature program. Dismaying, yes — but surprising, no. Penn State certainly isn’t an isolated case in this regard. But this, too — the political economy of the entire county, and undoubtedly other parts of the country with Big Ten towns — is the product of misaligned priorities.

Come on, Penn State and Centre Country, acknowledge your screwed up priorities and fix yourself. Recognize that you’ve got a lot more going for you than football. And that goes for you, too, rest of the country. There are probably Penn States out there everywhere; it just happens that an example has been made of mine.