I’m here in Seoul, on a Korea Foundation fellowship for (most of) the month of July, to study Paju Bookcity. I arrived very early in the morning last Sunday, got attacked by mosquitoes (at least 25 bites!) outside Incheon airport while waiting for the bus; settled into my apartment in the KF’s guesthouse; explored Gyeongbokgung Palace; wandered around the hilly streets of Bukchon Hanok Village (where they have a Museum of Chicken Art); then went shopping for some basic supplies that were for some reason missing from my apartment. On the return trip from the store, I had some trouble relaying my apartment address to my cab drivers, which resulted in my hopping from cab to cab before I found someone who knew where I was going. In the process of my cab-hopping (while juggling big bags stuffed with pillows, sheets, towels, etc.) I lost my purse, and with it, with my iPhone, rental phone, wallet, credit cards, cash, etc. Thanks to kindness and diligence of an anonymous cab driver, an absolutely lovely information desk attendant at a department store, three compassionate police officers, and a saintly translator for the police department, I miraculously retrieved my bag and all of its contents (excepting all my money) within a few hours. Crisis averted — but man, what an inauspicious way to start my trip.

The following days have been much less stressful, but no less exciting, I’m grateful to say. I’ve of course done some of the work that, according to my grant, I’m here to do: I’ve been prepping for my field research, which begins this coming week, when my research assistant / translator / thesis advisee, Ran, a Seoul native, arrives from the U.S; drafting lists of questions for our interviewees; and reading through some publications that the Bookcity Culture Foundation sent to me. And on Friday I led a master class at Korea University, which was a fantastic experience.

I’ve also spent lots of time exploring the city. For my own benefit — and for the entertainment of anyone else who might care — I’m going to document some of my adventures:

I’ve found that I can walk in pretty much any direction from my apartment and, within an hour at most, be in “the woods.” I love that. I’ve climbed two “mountains”: Mt. Namsan and Mt. Inwangsan. I didn’t intend to tackle Inwangsan: I went for a walk, was drawn in by lovely wooded trails, and eventually found myself stuck on some rather precarious stairs carved into steep stone walls. Realizing there was no turning back, I pressed on and reached the summit, where I found a couple rangers in a lookout booth and a handful of other hikers all decked out in climbing year. Apparently, this was a real “hike” — the kind of undertaking for which walking sticks and hiking boots seem to be in order — and I just tackled it in my gym clothes and sneakers. Oops. Then a few days later I ended up in the foothills of Mt. Bukaksan, but because I was due to give a lecture a few hours later, thought it best to resist the temptation to press on, and instead headed back to my apartment.

(Speaking of gyms: thanks to mine’s “tightly edited” K-pop playlist, “Electric Shock” and “Heaven” are now permanently lodged in my brain. God help me.) 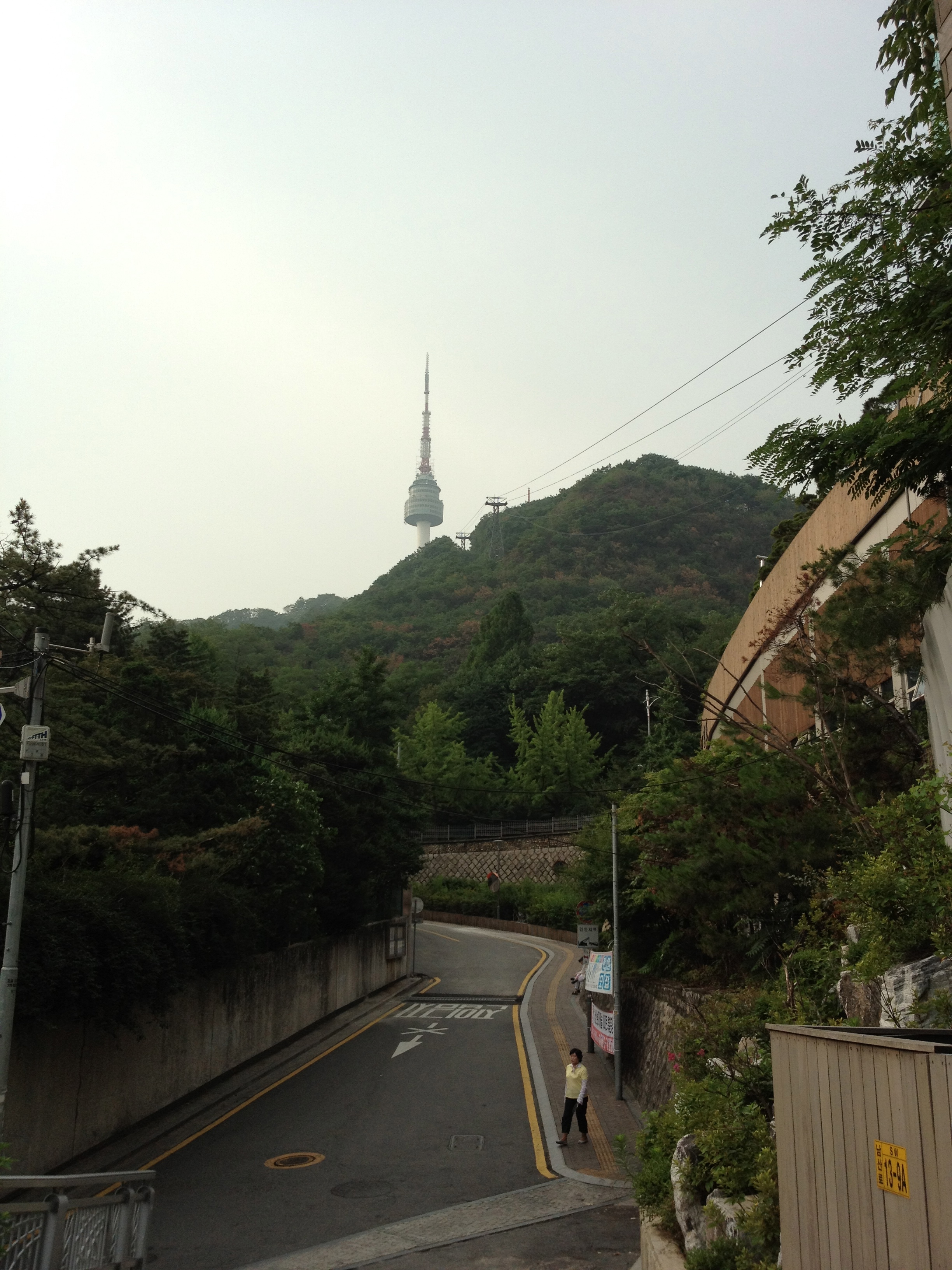 I also spent an afternoon in the galleries of Samcheon-dong. Gallery Hyundai was showing Il Lee (I need to go back to see their new “Desirable Routine” show); and Gallery Hakgojae’s “Cynical Resistance” featured works from Chinese artists. The Kukje Gallery’s three buildings were all undergoing (is that the right verb?) installation, but even if I didn’t get to go inside, at least I got to see the new K3 building, with its gossamer chain-link wrapper, by SO-IL.

In the process of my art-seeking, I happened upon a few nice design stores —  notably, Market m* and MMMG — and an arcade filled with food stalls. 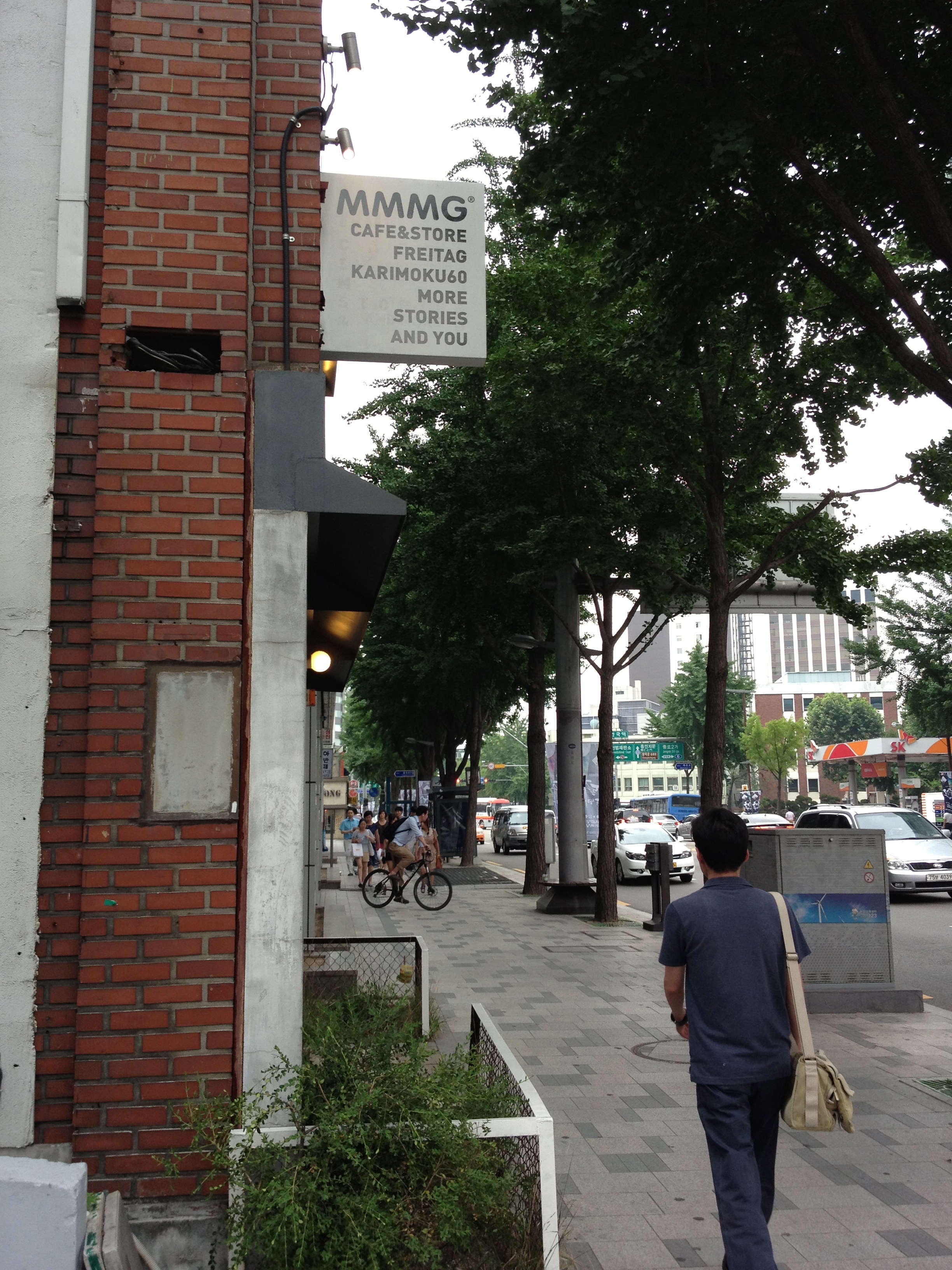 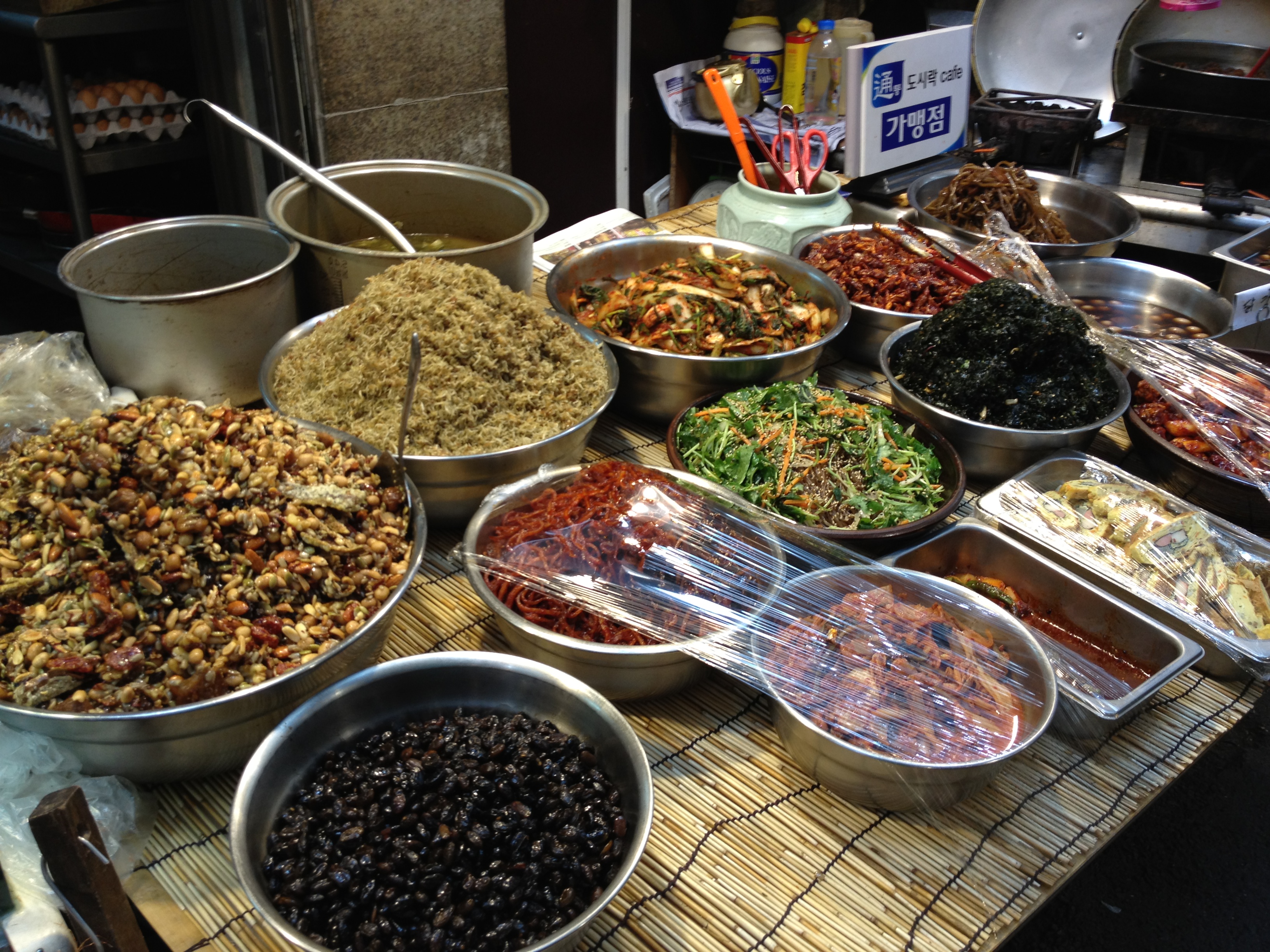 On another day I visited Art Center Nabi and (on Ran’s recommendation) the Lock Museum, which is housed in a fabulous Cor-ten steel building by Seung H-Sang, who was deeply involved in Bookcity. The museum has been a highlight of my trip thus far. Ran and I will be meeting with Seung next week. 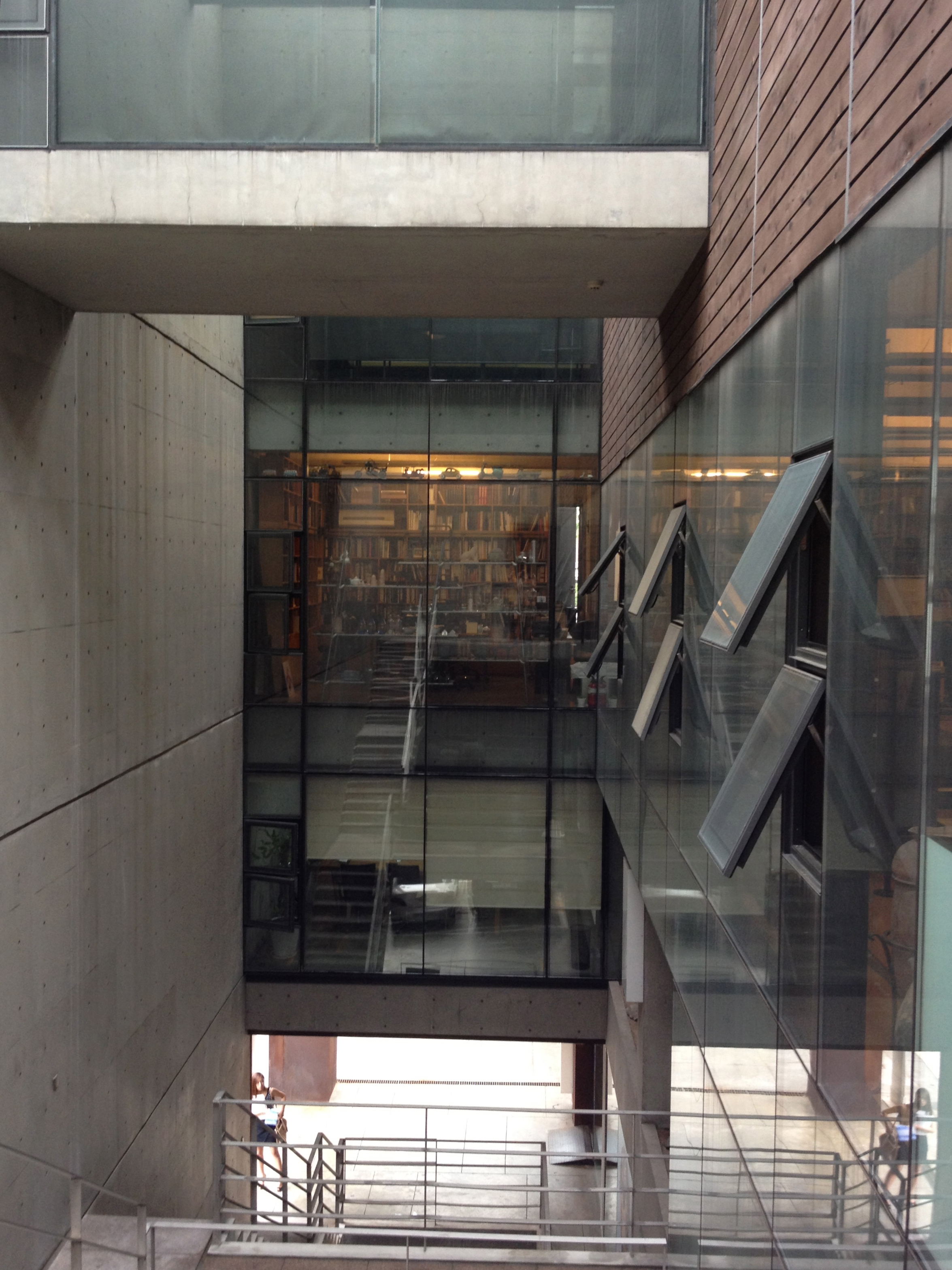 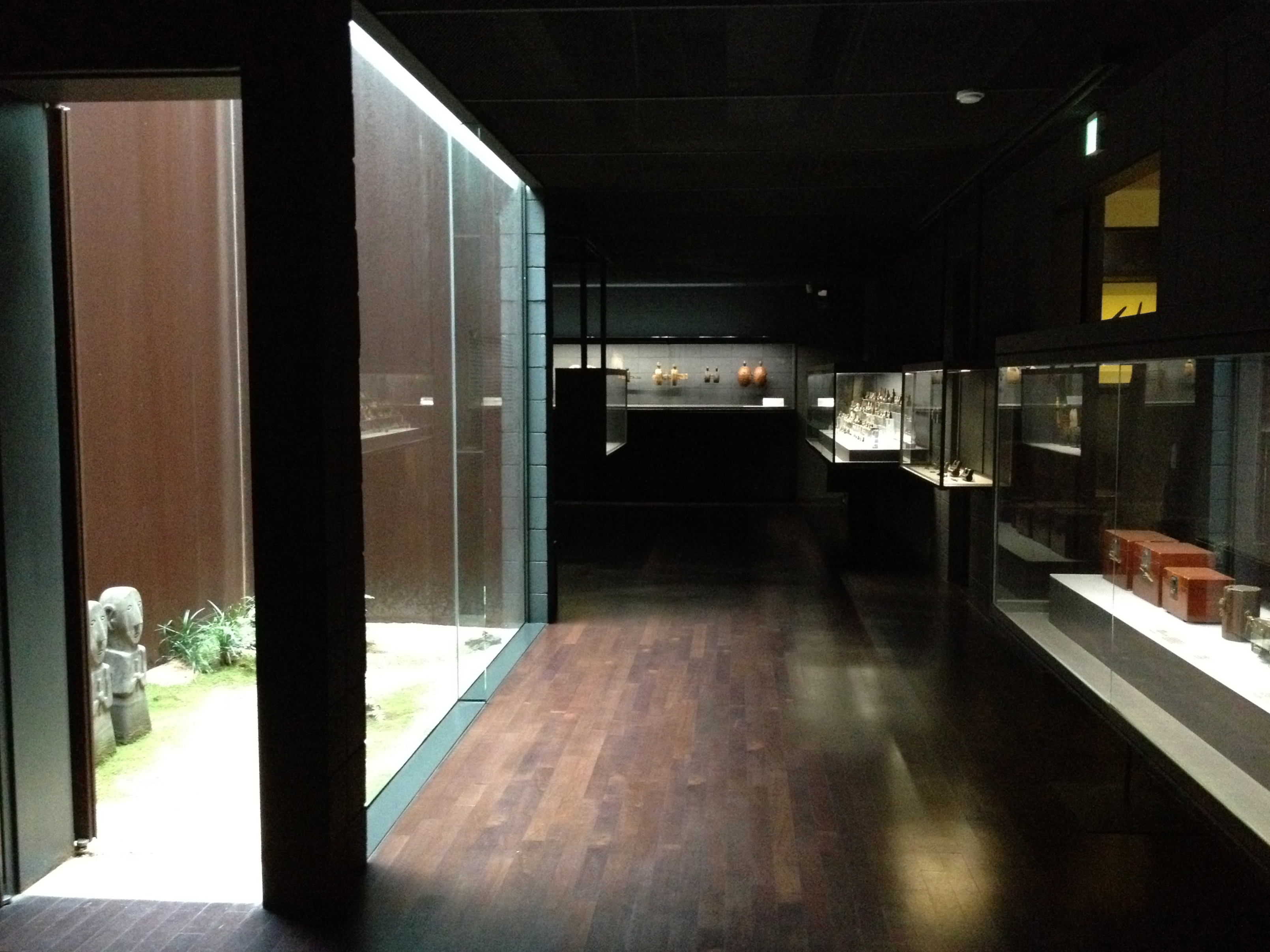 On one of my long walks I also stumbled upon a really cute neighborhood in a valley just north of the grounds of the Blue House, the presidential residence. And last night Minhyoung and I walked through Insadong. Today it’s raining — again — but I have plans to stop by the Seoul Art Museum… and finish writing a book chapter I meant to wrap up weeks ago.

I saw the IL LEE show at Gallery Hyundai … pretty amazing as he works uniquely with ballpoint on canvas and many of the works are huge. Filled with energy and each stroke builds to overall calming if not poetic imagery.