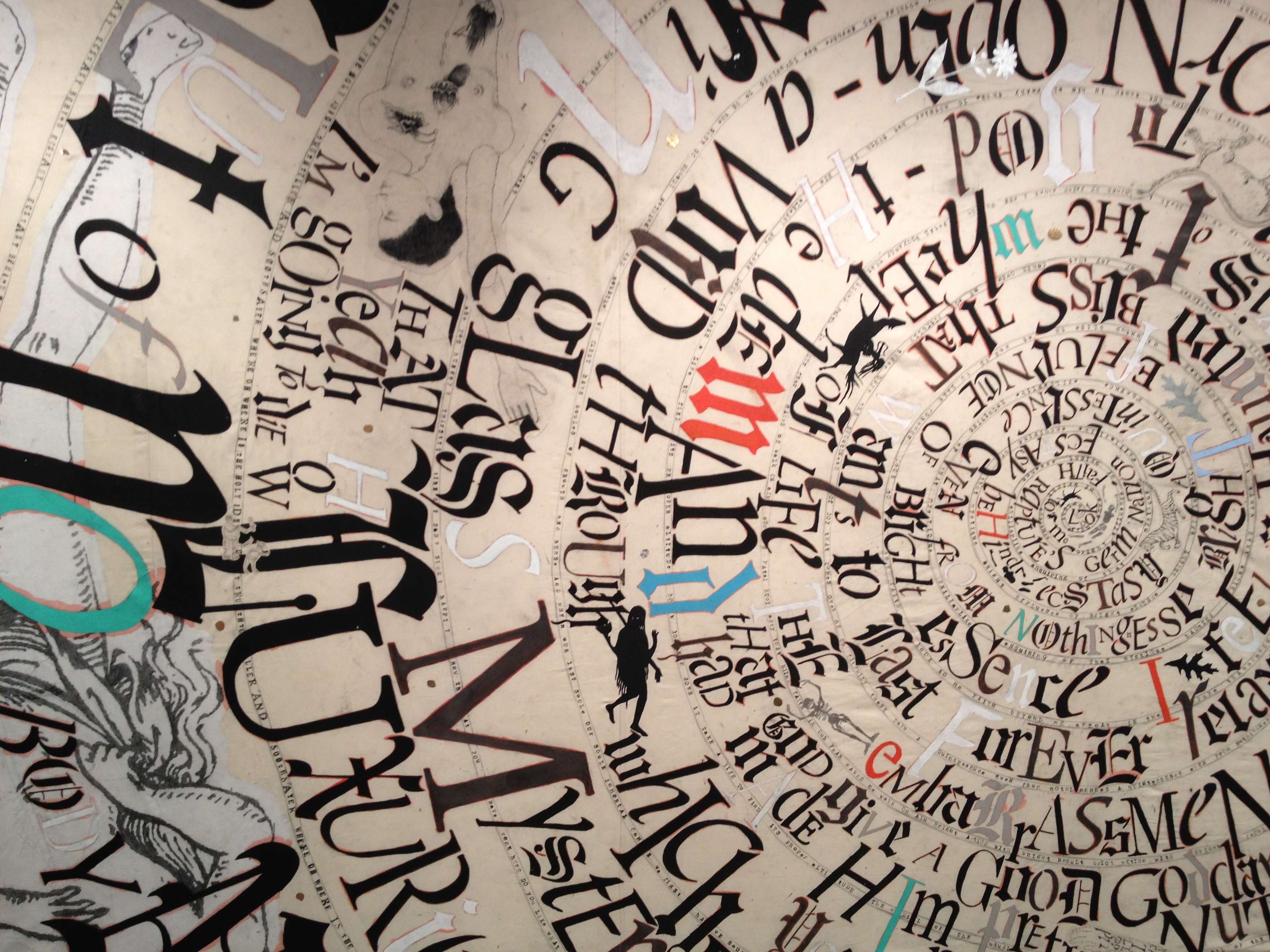 In a few hours I’m off to the first of two month-long summer fellowships. First stop: Montreal. Second: Seoul. I’m looking forward not only to having (relatively uninterrupted) time to get some serious research and writing done, but also to exploring these cities. I’ve been to Montreal a few times before, but never for more than a couple days. I look forward to seeing some art; finally stopping by the Montreal Biosphère (which I’ve missed on all my previous visits); and maybe catching the tail-end of Mutek and, I hope, a few other shows. I have tickets to see Japandroids near the end of the month, and if I weren’t giving a talk on the 14th, I’d be seeing Diiv the night before. Seoul will be entirely new to me. The city has so much great art I’ll have no idea where to begin!

Because I’ll be away from New York until roughly mid-August, I took some time over the past few days to catch some exhibitions that’ll be closed by the time I return. I revisited Tom Sachs’s Space Program: Mars at the Park Avenue Armory and stopped by the Newspaper Spires show, on late-19th / early-20th-century newspaper headquarters, at the Skyscraper Museum. And I made a quick trip to Chelsea. 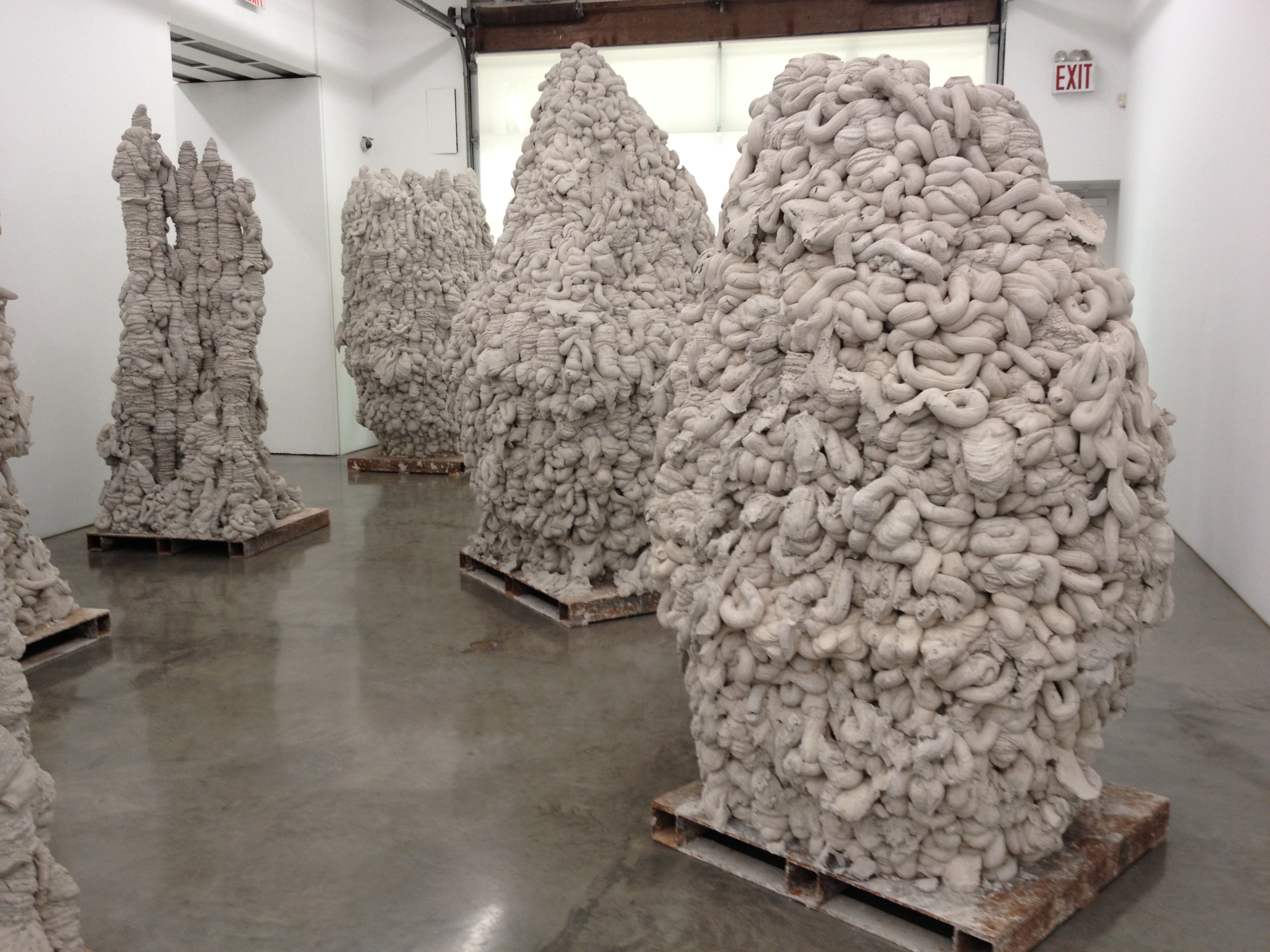 There’s a very different materiality here than one typically associates with poured concrete. As the press release explains: “…these heaping sculptures evoke the sensorial nature of materiality and mass… These works linger in a state between coalescence and collapse, a relationship that speaks to Kapoor’s ongoing interest in the idea of ‘objectness’ and the incomplete nature of the sculptural form.” Continuing that thought: 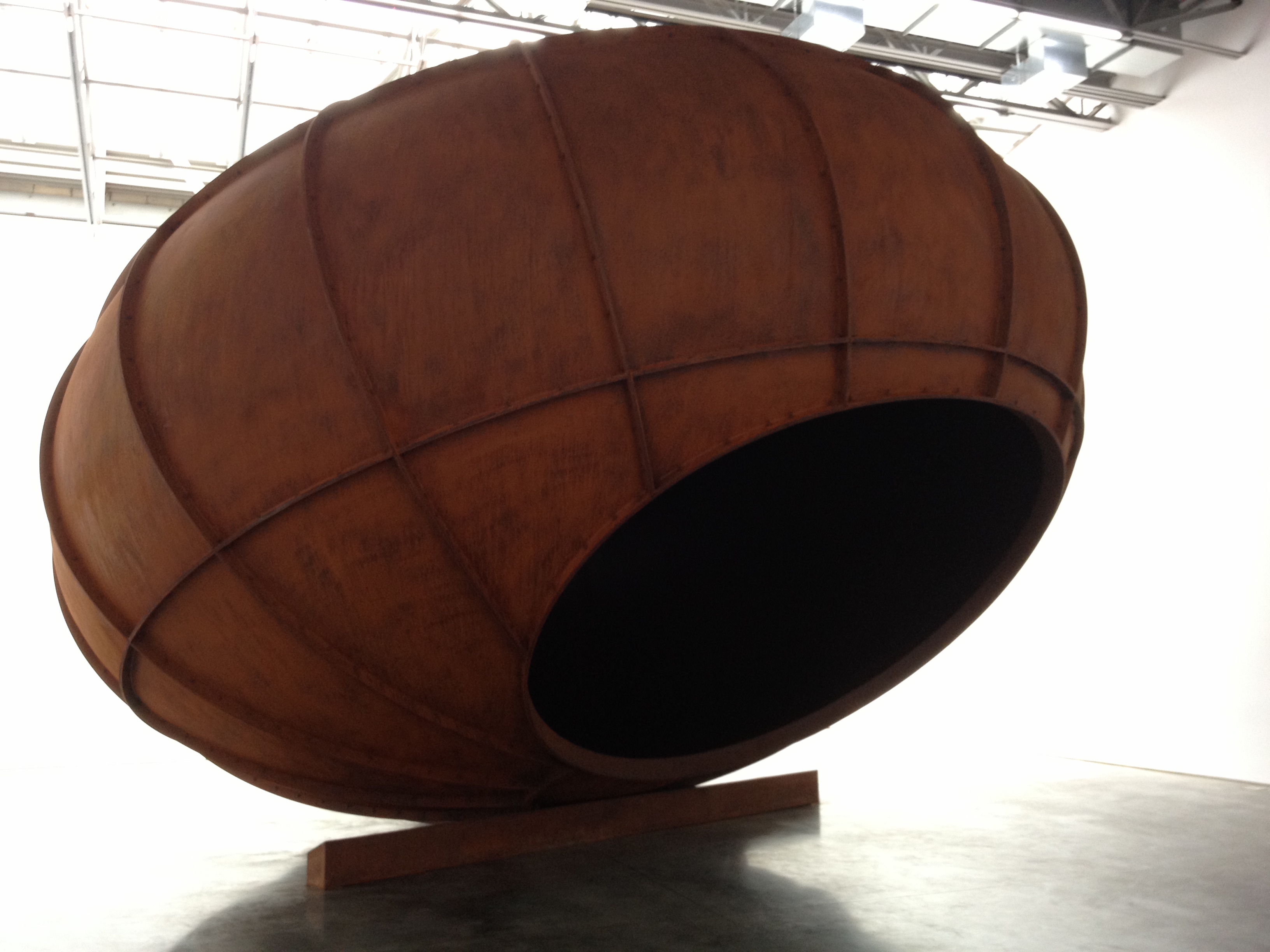 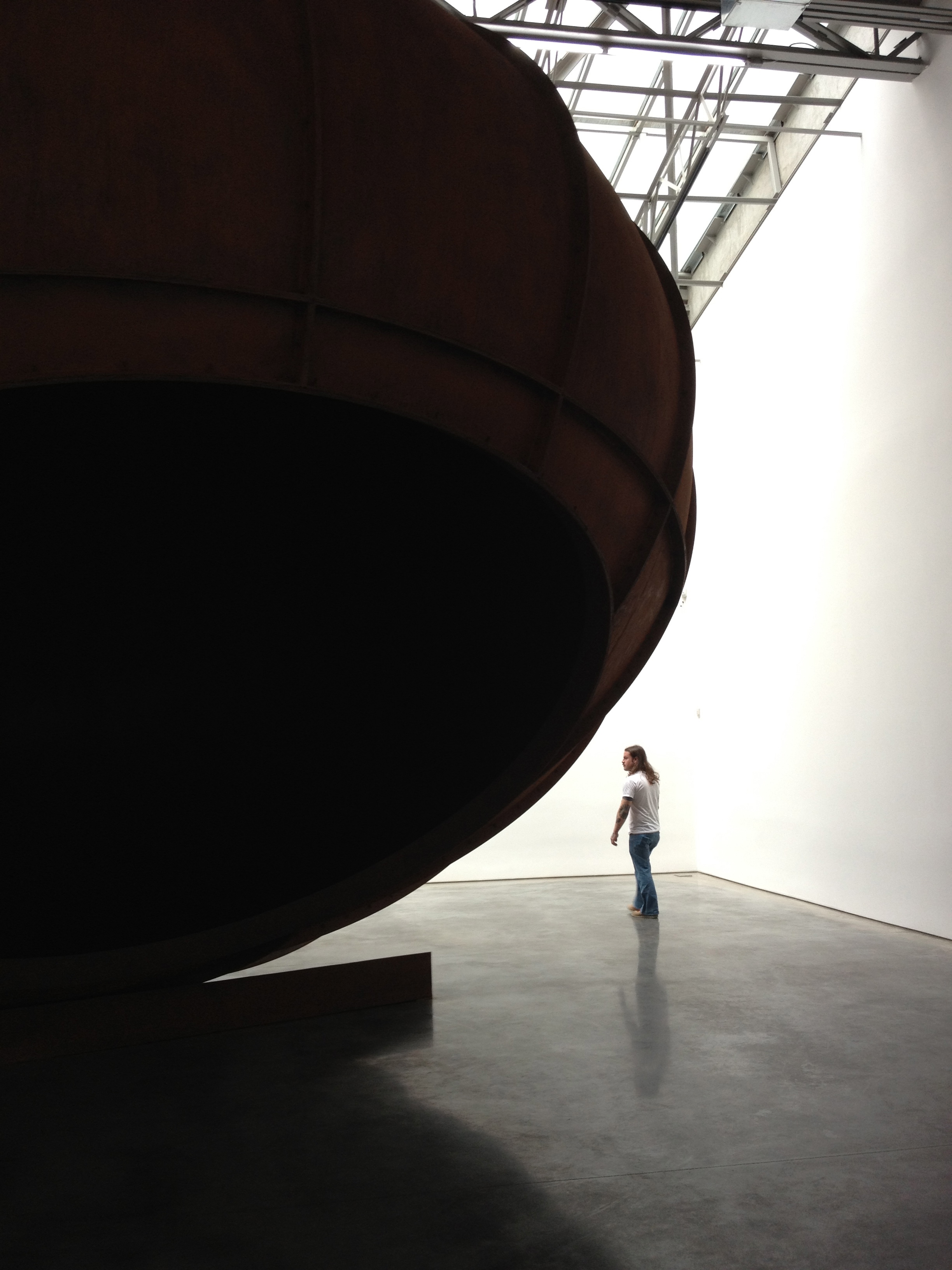 And here he is again at the 21st Street gallery, with Cor-Ten steel, obviously. It’s The Bean-meets-Richard Serra.

Then at Andrea Rosen: Josiah McElheny, whose glass works explore a different materiality. I’ve always been taken by not only his craftsmanship, but also his eye for display: glass things in glass vitrines. There’s something anthropomorphic and organic about these shapes, which, in a weird way, connected them in my mind to Kapoor’s concrete towers. 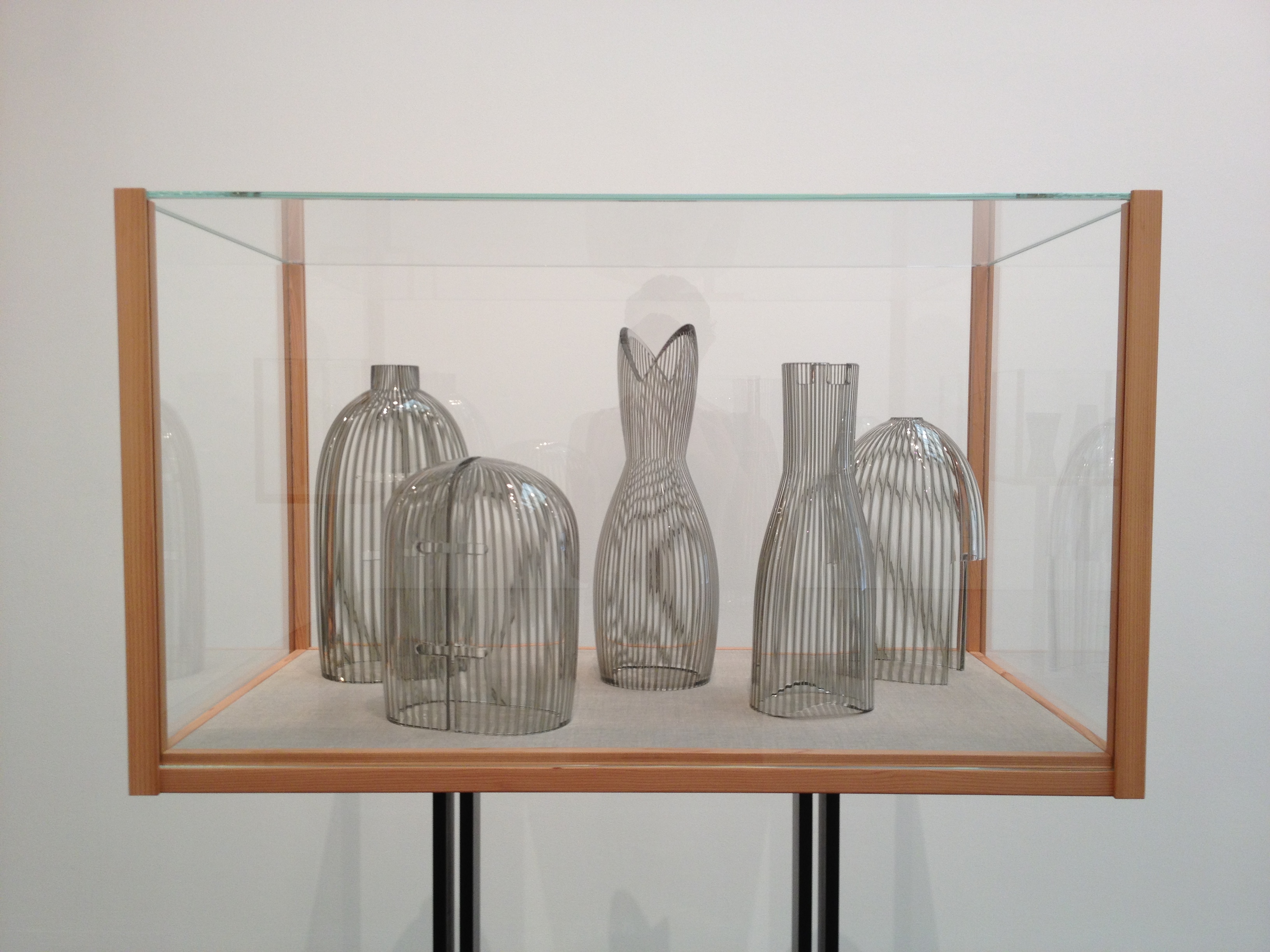 Then I was off to Galerie Lelong for Hélio Oiticica‘s Penetrables, which weren’t quite as containing or immersive as I had hoped they would be — I didn’t feel as if I was penetrating anything — but considering that this work, created in the 60s and 70s, is thought to be among the first art installations, I have to give him props — particularly for the orange juice dispenser at the exit! It was only afterward, when reading through the press release, that it became apparent that, in drinking the juice, I was “drinking the final color” of the color-space. Rather than my penetrating the space, its color fields penetrated me! 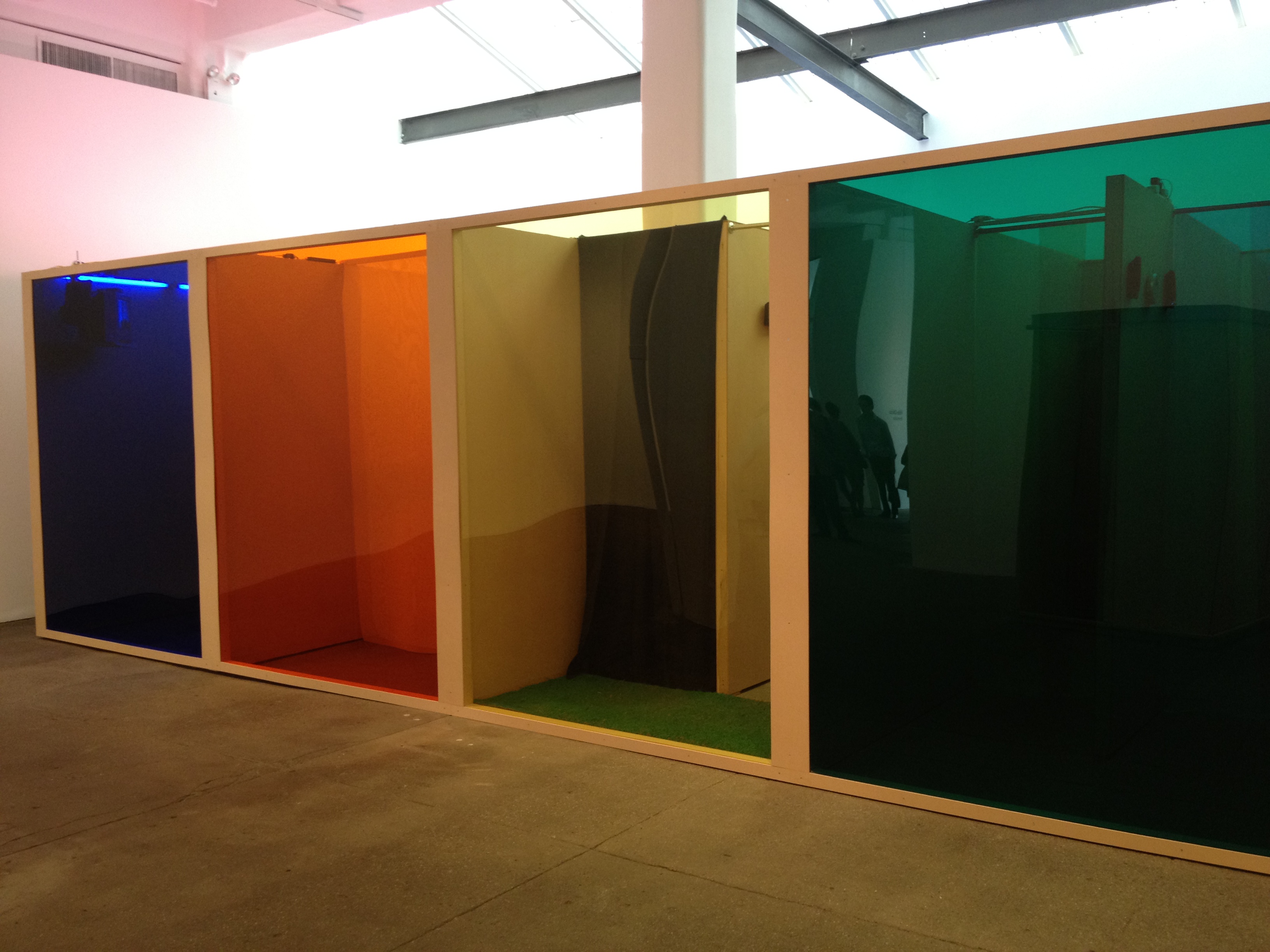 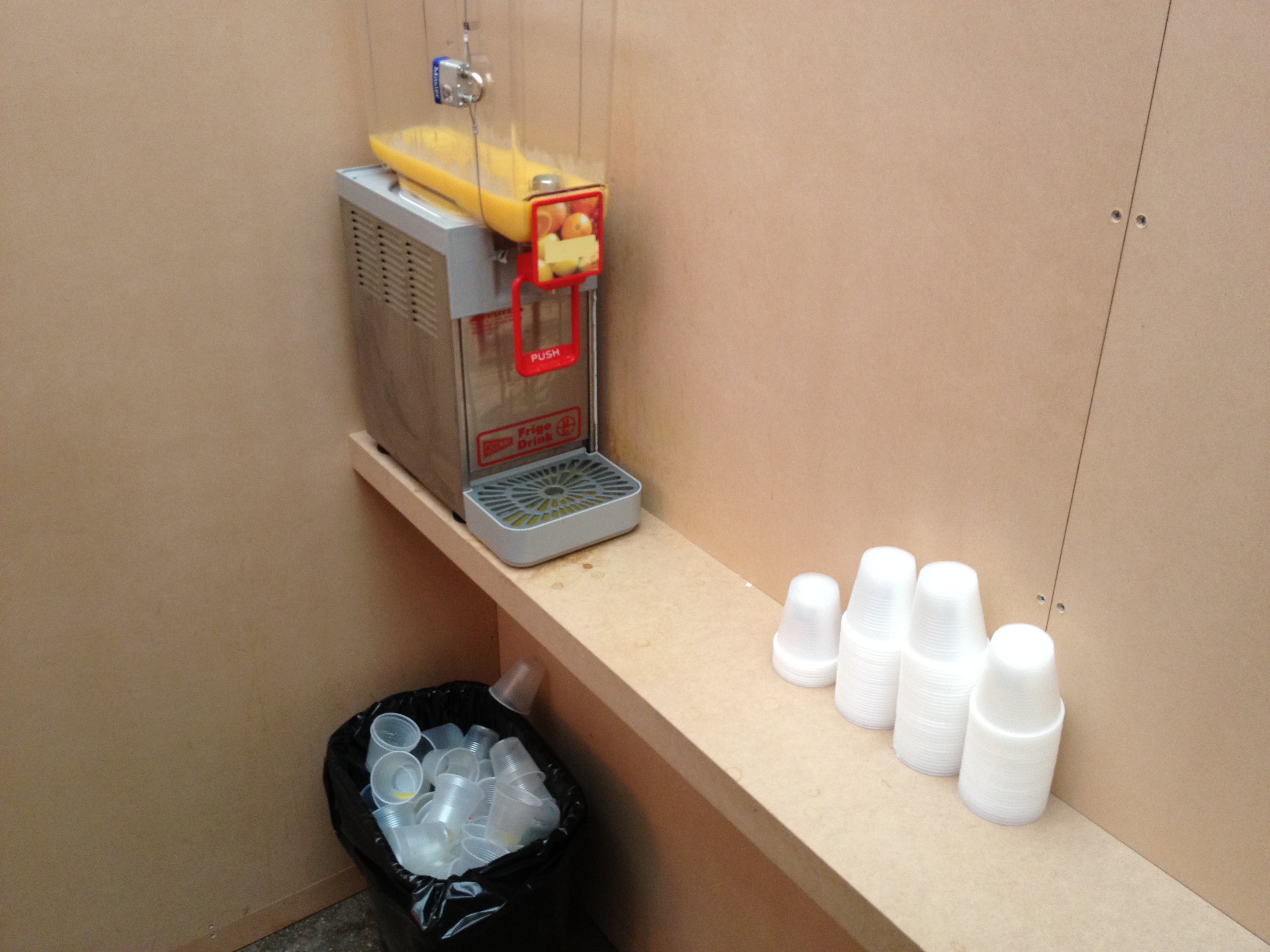 I also saw Lesley Dill’s “Faith and the Devil” at George Adams. As a sucker for all word art, I loved this — but because I’m running short on time, I’ll quote from the press release rather than trying to articulate my own thoughts about what’s going on here:

Faith & the Devil is a large-scale installation which investigates the philosophical and existential conundrums of evil and underlying faith in the world…. The mural-size drawings behind Big Gal Faith and Lucifer, a dense forest of interlocking words and images stenciled on fabric, function as a theater backdrop… I use the words of poets (Dickinson, Dante, Kafka, Milton, Neruda, Sleigh, Kner, Harwell, Donne, Espriu); the vernacular stories as told to me of visionary experience in North Carolina; the words of folk artist and preacher Sister Gertrude Morgan; my own experiences from years of living in India as well as my childhood visionary experience; and as-told-to me stories from Iraq, Afghanistan, Sudan and Liberia. The language for this installation is collected from poets both historic and current and from transcripts given to me by a video journalist of his recent work in Liberia and South Sudan. 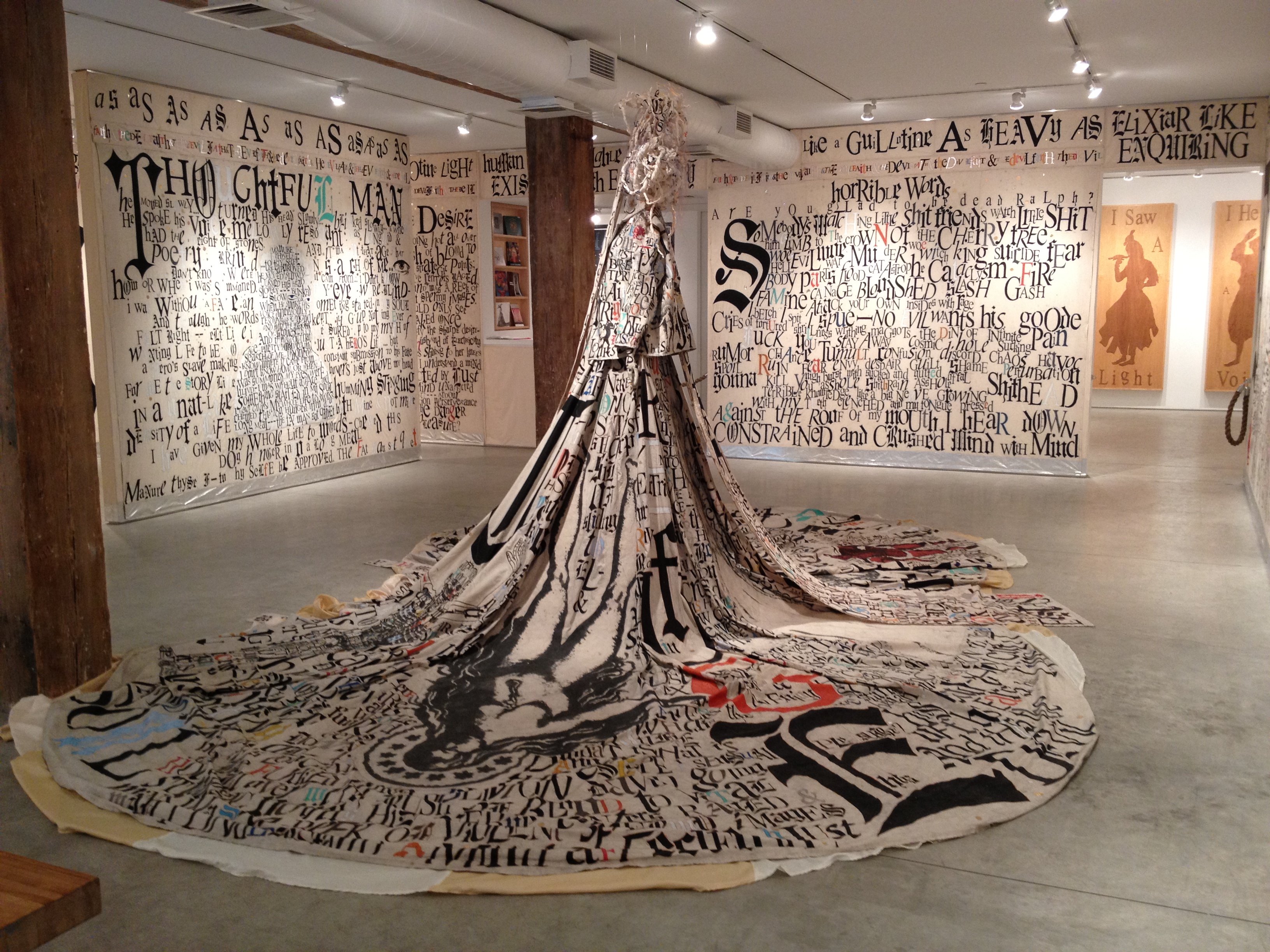 And finally, a personal favorite: Thomas Demand. His Control Room photo is a recreation of the interior of the Fukushima Daichi power plant; and Pacific Sun is an awesome stop-motion animation based on a video of a cruise ship caught in a storm. 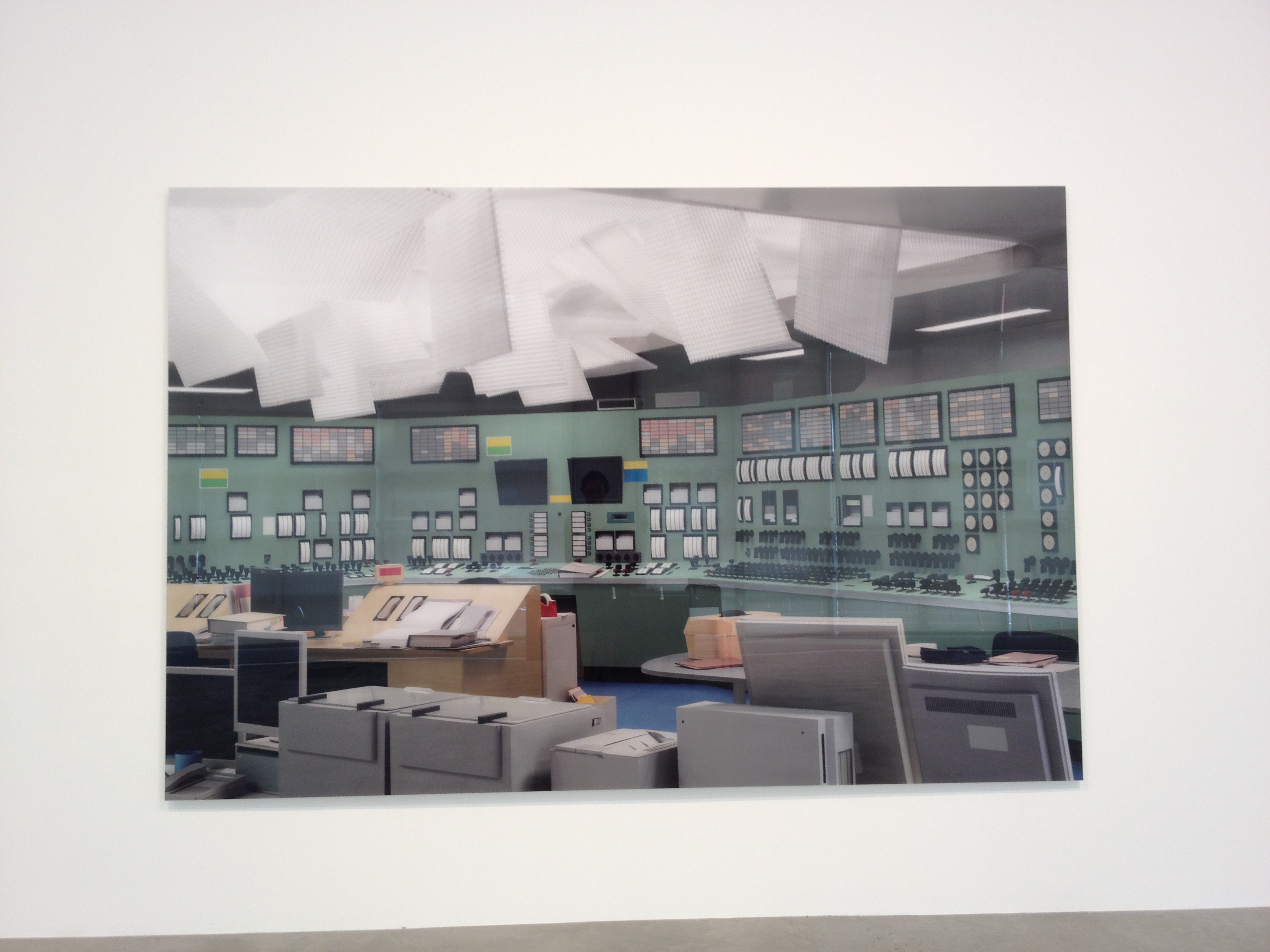