If I were an artist, I’d want to make work like Sarah Sze’s. Or, now that I think about it, I’d be happy to model myself after Ann Hamilton, too. As I see it, both play with techniques and structures of display, modes of communication and representation, objects’ physical properties, and dimensions and textures of the line. In short: all the stuff I nerd out on.

I’ve been following Sze’s work for the past decade or so, I guess, and last weekend I saw her lovely little show, “Infinite Line,” at the Asia Society. I say “little” not to trivialize the work, but to point out that the exhibition is significantly smaller than others I’ve seen — particularly her fantastic and sprawling show at Tanya Bonakdar gallery in Fall 2010 (see the two images below).

“Infinite Line” focuses ostensibly on the relationship between drawing and sculpture (although the Times didn’t seem to find this theme particularly engaging), and consists of eight “closet-sized” (my term) installations (which Sze reportedly calls “Random Walk Drawings”) and, in a separate gallery, several rarely-exhibited drawings, some of which look an awful lot like Julie Mehretu’s work. Photography isn’t allowed in the museum, and there was a particularly vigilant guard in the south gallery, where the drawings were hung, so I managed to surreptitiously snap some photos of only a few of the installations in the north gallery. 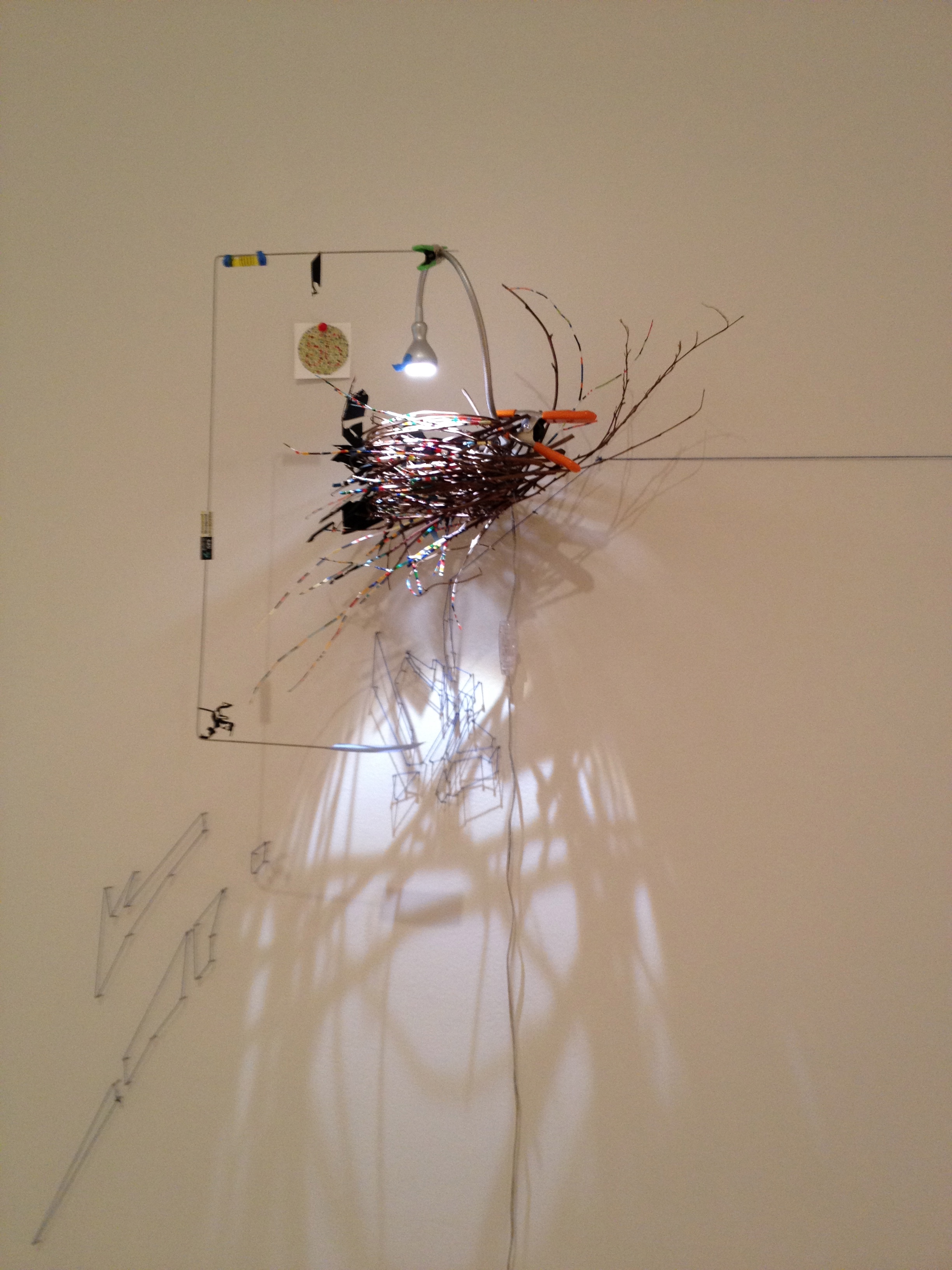 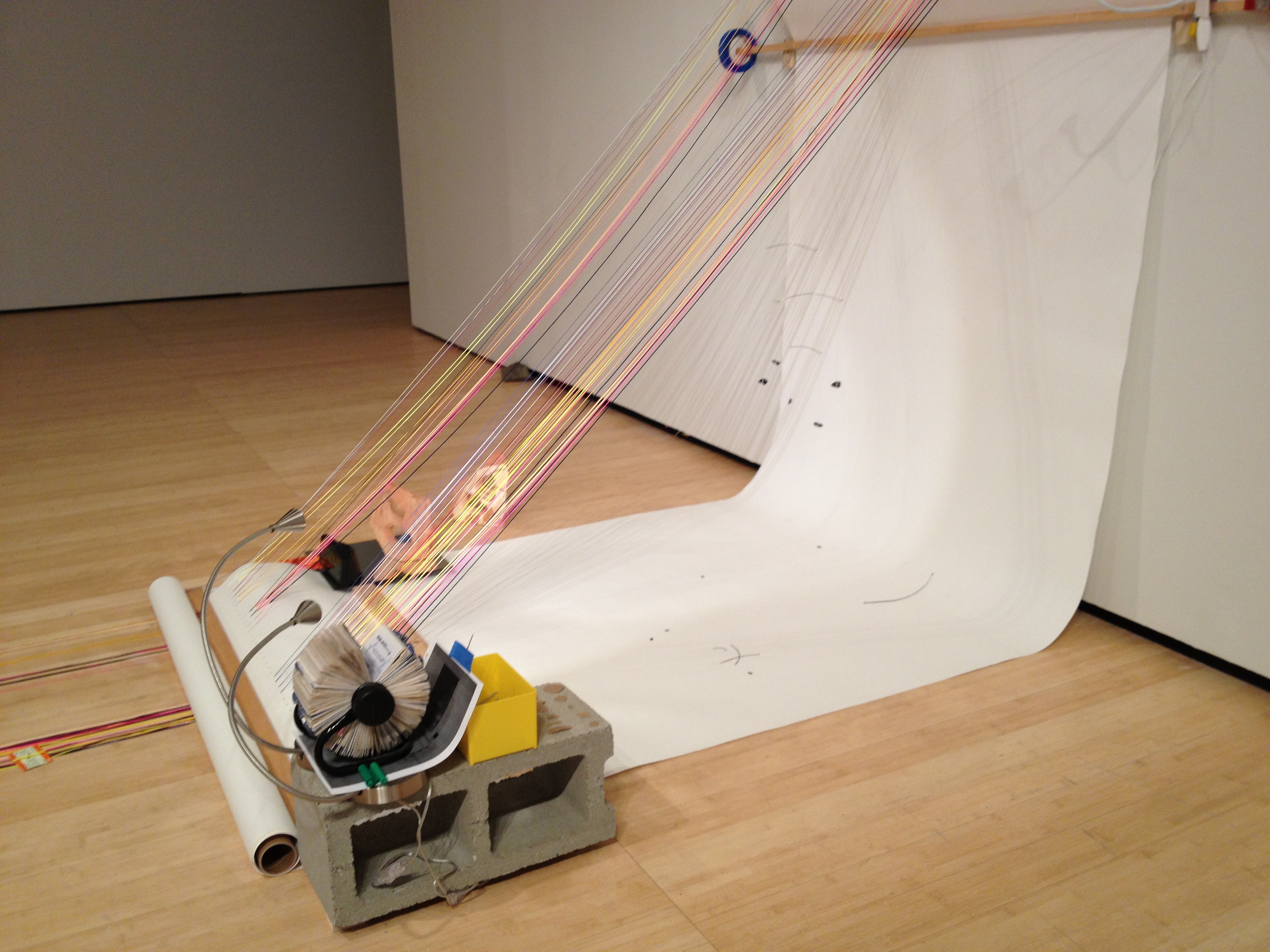 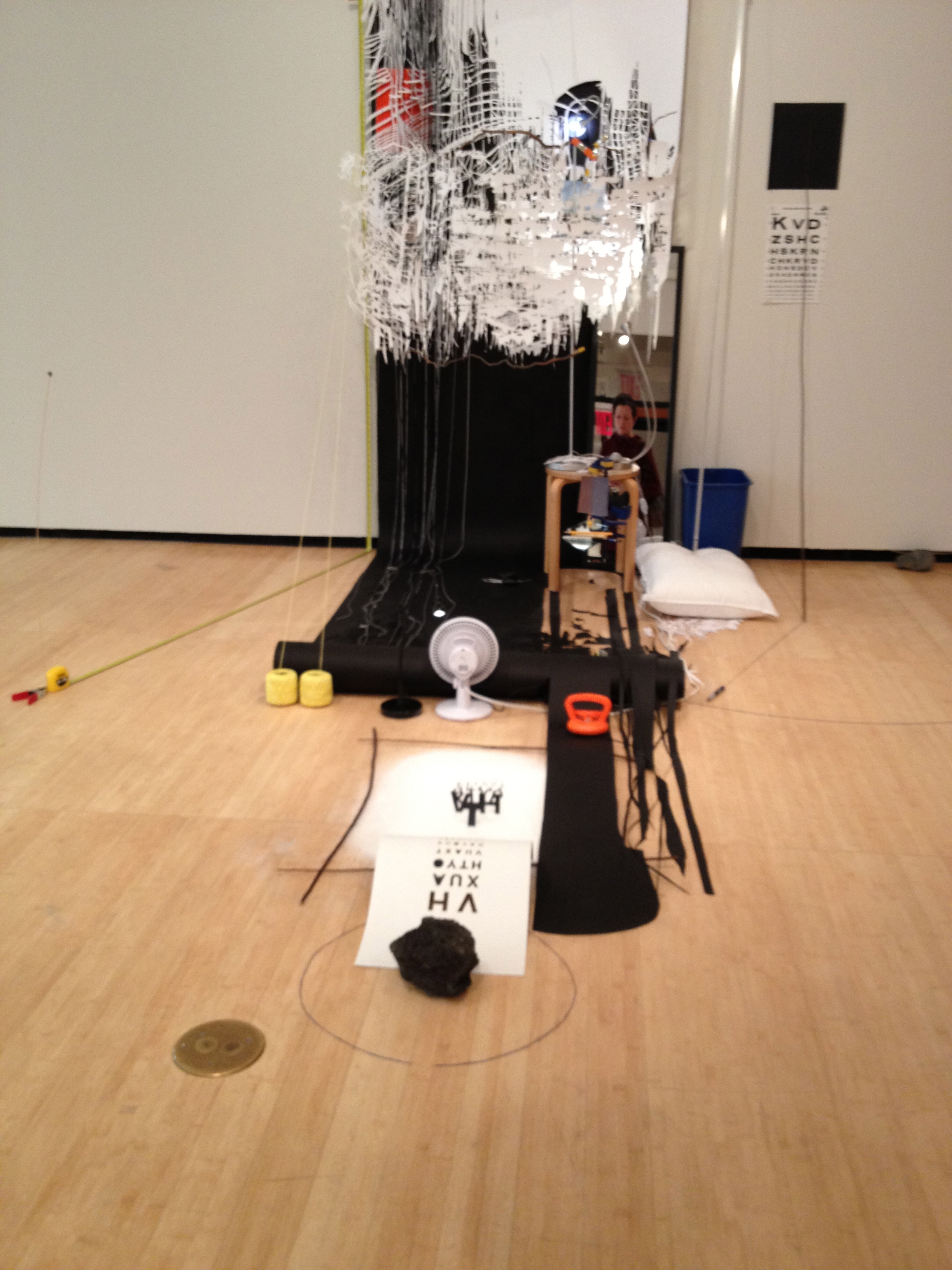 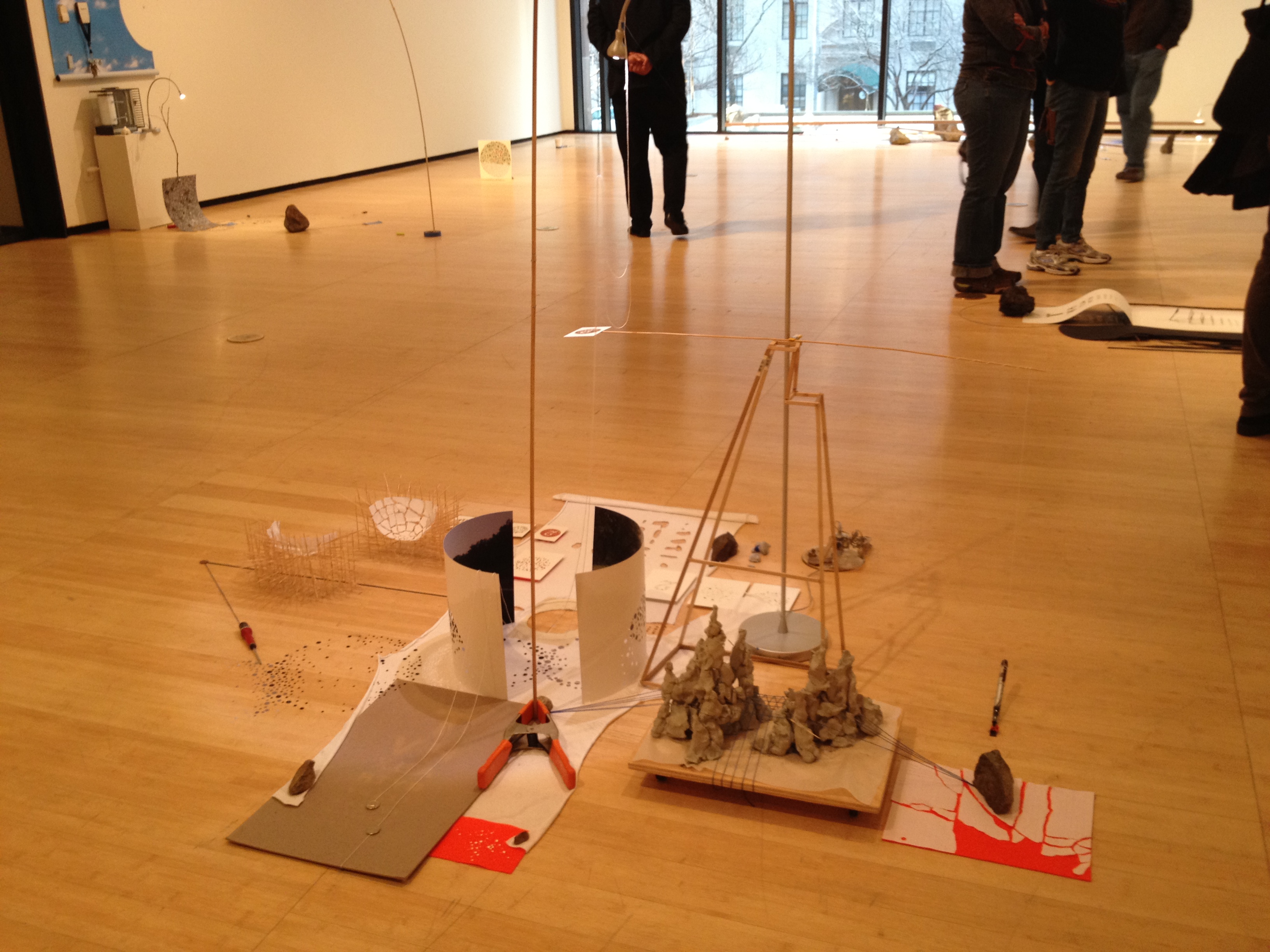 Many of Sze’s sculptures involve slight movement; in some pieces, pages are designed to flutter in ambient drafts, and in others, small fans create breezes that subtly sway strings or ruffle feathers. A similarly subtle kinetics characterizes another show that I was delighted to encounter on the Asia Society’s third floor: U-Ram Choe’s In Focus project. Choe has created an animatronic seal-like creature, the mythical Custos Cavum, which guards the channels between two worlds. As Choe explains it:

Whenever a Custos Cavum felt the generation of a new hole somewhere, it fell into a deep sleep. From the body of the quietly sleeping Custos Cavum grew winged spores called “Unicuses.” These spores took flight and each flew to a new hole, where it gave rise to a new Custos Cavum.

As the skeletal creature breathes, its unicuses sway, dispersing spores, and we marvel at the intricate, polished gears that make this organo-mechanical movement possible.