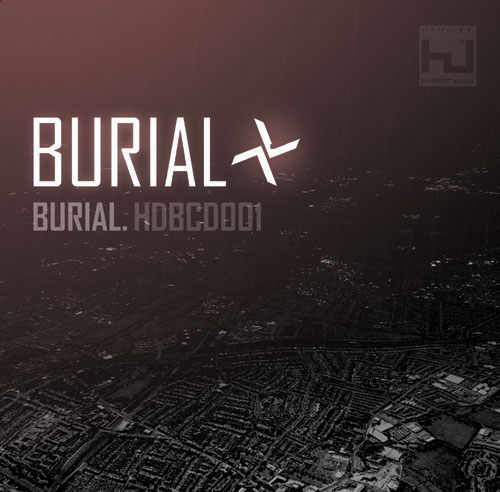 Within the past two weeks I’ve moved back to Brooklyn, taught my regular classes, delivered a couple lectures, and attended 41 meetings. Did you hear that? 41 meetings! I should be dead.

I’m not, obviously — but being so overextended has inspired some new coping mechanisms: in particular I’ve decided to try on a new style of semi-laissez-faire pedagogy that involves disentangling myself to some degree from a few pet projects. Recent frustrations with one of my fall classes — the lecture class I wrote about late last year — have forced me to entertain the possibility of killing one of my darlings. And when you’ve spent as much time and effort as I have rearing this particular darling, that’s not an easy decision to come to.

As I mentioned before, our program developed an intro-to-grad-studies-type course back in 2006-7, and I taught the inaugural section in Fall 2008. That course drew on work I’d been doing — initially in ad hoc fashion, to serve my new-student advisees; and then more intentionally and systematically —  to collect resources that address new students’ needs, noting skills they typically lack and problems they commonly encounter upon entering the program. I won’t go into detail here about just what those deficiencies and problems are — but these same issues have been noted repeatedly by many of my colleagues, and I’ve addressed some of them in a series of guides I created a while ago and have updated over the years.

Since initially offering the course, I’ve kept track of useful resources; chronicled common new-student misunderstandings, mistakes and concerns; and made note each time I heard an advanced student say, “I wish I had known that earlier….” Even during the semesters when I wasn’t teaching this particular course, its development has eaten up a huge amount of my time — largely because I really care about the class and believe in its function. And when I was teaching the course, its development commonly took months of work; it required coordinating 60 or 70 individuals’ schedules, training and supervising TAs, coordinating advanced student ambassadors, prepping guest presenters, consulting with A/V and Maintenance regarding microphones and video cameras and tables and chairs and lighting, etc. It was intensely complicated teaching and intensely complicated event production rolled into one.

I remain convinced of the course’s value and utility. The course material is of use, I think, to both well- and lesser prepared students; even those who are already, say, strong writers and researchers could benefit from reassessing their practices. Most of the things we address in class I certainly didn’t know (or didn’t know I didn’t know!, which is very often the case with my own students) as a new graduate student — and I don’t think I was a particularly naive or stupid beginning graduate student. And many of my TA’s, and random folks who write me after finding my course material online, say that they wish their own programs offered similar courses. The class also speaks directly to desires expressed by our own former students and to the documented wishes of graduate students and teachers of similar courses at other institutions.

If only more of my own students felt the same way. There’s a vocal faction that doesn’t want to talk about graduate-level writing, or research strategies, or methods for integrating research and media production, or the value of praxis, or approaches to organizing what C. Wright Mills calls our research “files” — because they learned how to use the Internet and write an essay and keep a notebook in fifth grade. As if designing, researching, writing, and executing projects are the same activities in grad school as they were in fifth grade. (Another not-uncommon perception is that research and writing are irrelevant to media production and management.) I’ve come to realize that some students have little interest in reflecting on their own practice, and no matter what I do, I can’t cultivate that interest. Some have very particular (and limited) understandings of “challenge” and “achievement”; the instrumentalists among them want immediately measurable, marketable skills, and the academically inclined want theory whose very difficulty supposedly proves its worth. They want to master a piece of software, or to be able to claim they’ve read A Thousand Plateaus. They don’t seem to value finding time for intellectual self-reflection, which, if you ask me (and lots of other folks whom I’ve found inspirational) is just as “challenging” and worthwhile as learning Final Cut or reading Badiou.

Another faction (perhaps the same one?) doesn’t seem to care about the “breadth of the field.” These students are getting an MA in Media Studies, a field that, as our program conceives it, represents “the liberal arts in a new key.” Sure, students can specialize within the program, but we also want them to recognize their responsibility to be aware of — and perhaps draw upon — work from across the field. After all, they are preparing to be masters of the field as a whole. As I aim to emphasize, students have to know how to connect their interests to the field’s needs and interests. Yet when we bring in various guests to represent different parts of the field and areas of concentration within our own curriculum, some students don’t seem to understand why they should care. Their response isn’t simply confusion (“I don’t get this”); they go straight to resentment. They complain that they’re wasting their time listening to a renowned expert in a subfield that’s not their own — as if hearing about, say, documentary bears no relevance to one’s own interest in film; or hearing about international media has nothing to do with one’s work in media management.

What’s happening here? Is this simply an inability to extrapolate? Myopia? Entitlement? My own ineptitude?

I constantly wonder what I’m doing wrong — if, how, why I’m falling short. I’ve had colleagues and friends visit to observe me. They have only positive things to say. They remind me that I’ve been recognized — through years of strong evaluations and peer reviews and teaching awards — as a highly competent teacher, and that I should trust my judgment. I do trust my judgment, to a certain degree; I still believe in what this class represents, and my not-insignificant experience tells me that students need to hear the things we’re addressing in the class. Even, perhaps especially, those who “already know this stuff.”

But I don’t know if they can be encouraged to want it — to want to make time to reassess those skills they’ve supposedly already “mastered”; to want to expose themselves to segments of the field that are tangential to (what they assume are) their narrow areas of interest; to want to allow their minds to be changed, their interests to evolve. Try as I might, marshaling all my experience as a traditionally successful teacher, I just can’t convince them otherwise.

Times have changed. The economy, the weakening of undergraduate education, the amplification of undergraduate ego-boosting, and a host of other cultural and political-economic factors have transformed student expectations. For some students — what seems to me a growing faction — instrumental rationality and workplace training reign supreme. I suppose I can’t blame them; school is expensive, jobs are scarce.

To think that these priorities squeeze out the classic values of the liberal arts is devastating. Yet recognizing the futility of my own efforts, and exhausted by my incessant and failed attempts to reach those students who remain unconvinced, I’m preparing to kill my darlings. Perhaps I simply need to focus on those who want to be there, and who share in the pursuits that I (and most of my colleagues) find so meaningful — and leave the rest to their own devices, even if that means “customizing” our program into something it really wasn’t meant to be, something I sadly can’t recognize or wholeheartedly endorse.