I managed to squeeze all of the following into a two-hour between-meeting window last Friday afternoon. I don’t recommend breezing through as I did; but when two hours is all you got, you make the most of it!

And Another Thing @ the James Gallery, CUNY Grad Center

“A paradigm shift away from subject-object relations towards the consideration of humans as no more or less important than any other object is taking place. So posits “And Another Thing,” the James Gallery exhibition that takes its inspiration from the philosophy of speculative realism and object-oriented ontology. Here objects are given their own place. As opposed to deriving their meaning from a proximity to humans, this exhibition presents them as specific, self-contained and non-reducible.”

Ruslan Trusewych’s this is the way the world is: oscillating fans aimed at a cluster of nightlights. Had I been permitted to take photos, I would’ve shot the ceiling, where the lights’ electrical cords heap upon one another in a seemingly desperate attempt to reach the power supply.

There is no longer a “front page” to act as a societal filter through which, we can learn about important events and trends. Even the role that the physical café once played in our communities—the place we went to discuss and digest what’s going on around us — has become fragmented across a myriad of virtual spaces. Where should we turn for our information? How can we function as a society with so few common reference points? How can we intelligently sort through all the images and information available to us?….

The exhibition What Matters Now? Proposals for a New Front Page will combine the crowd sourcing of images and ideas with the curatorial engagement of six experienced individuals, each hosting a table and a conversation within the space, where on corresponding walls each group will present its proposals for the contents of a ‘New Front Page’. Hosts include a variety of visual image specialists: Wafaa Bilal, Melissa Harris, Stephen Mayes, Joel Meyerowitz, Fred Ritchin (who conceptualized this project) and Deborah Willis. As the exhibition opens, each of the hosts will have a designated space, but the walls will be empty. Progressively throughout the first two weeks of the “exhibition,” the walls will be filled in whatever manner each table decides. 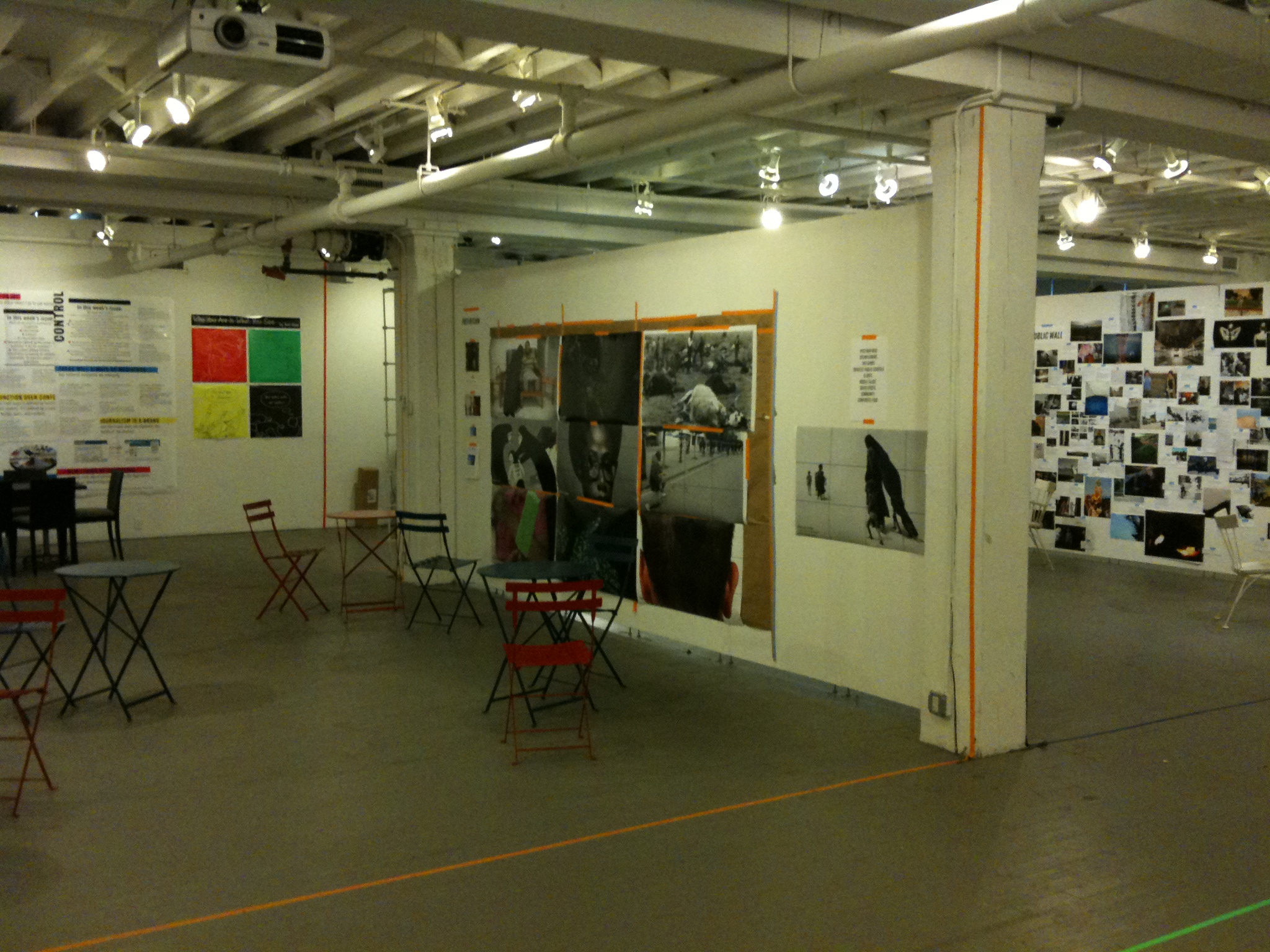 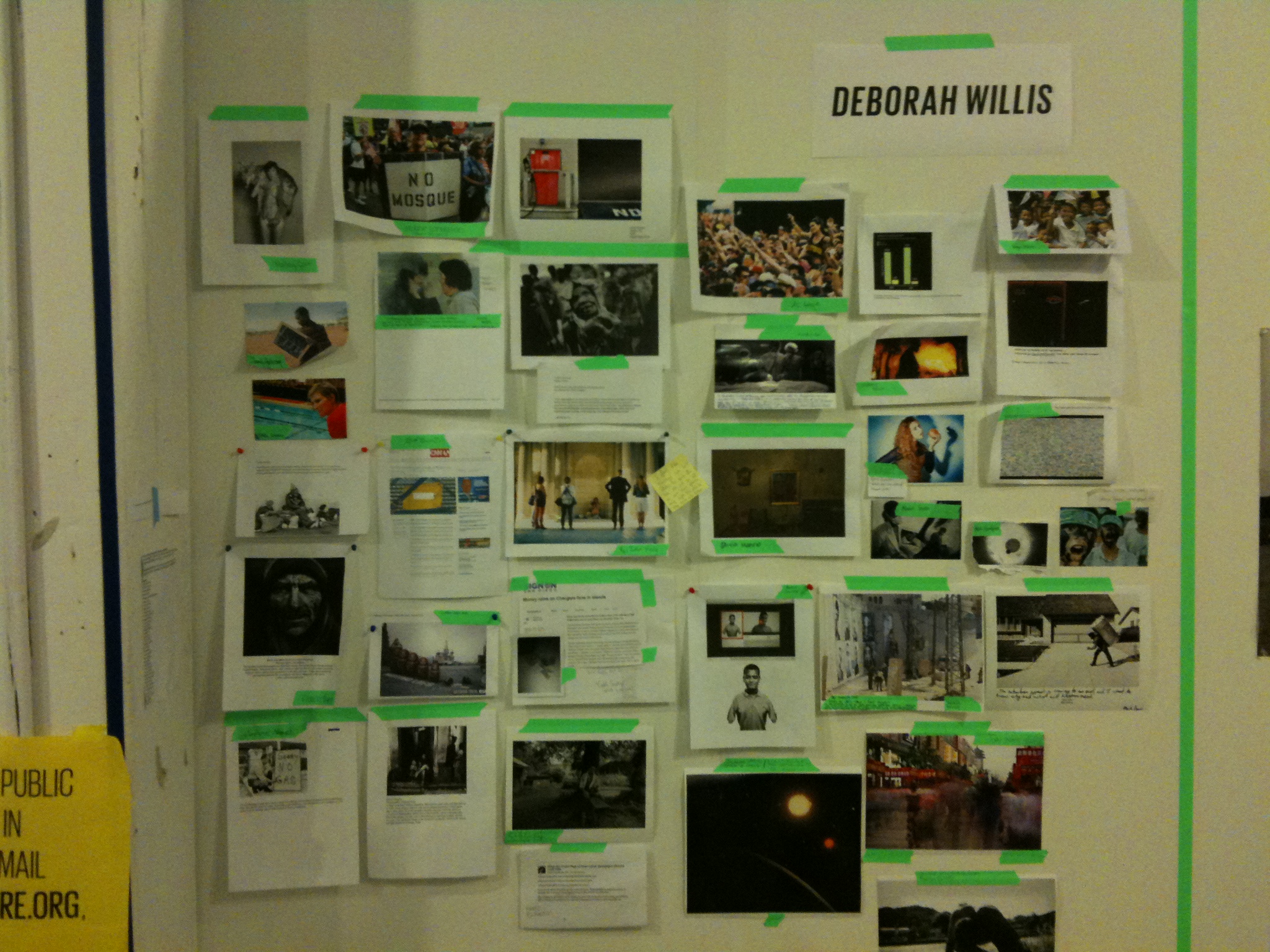 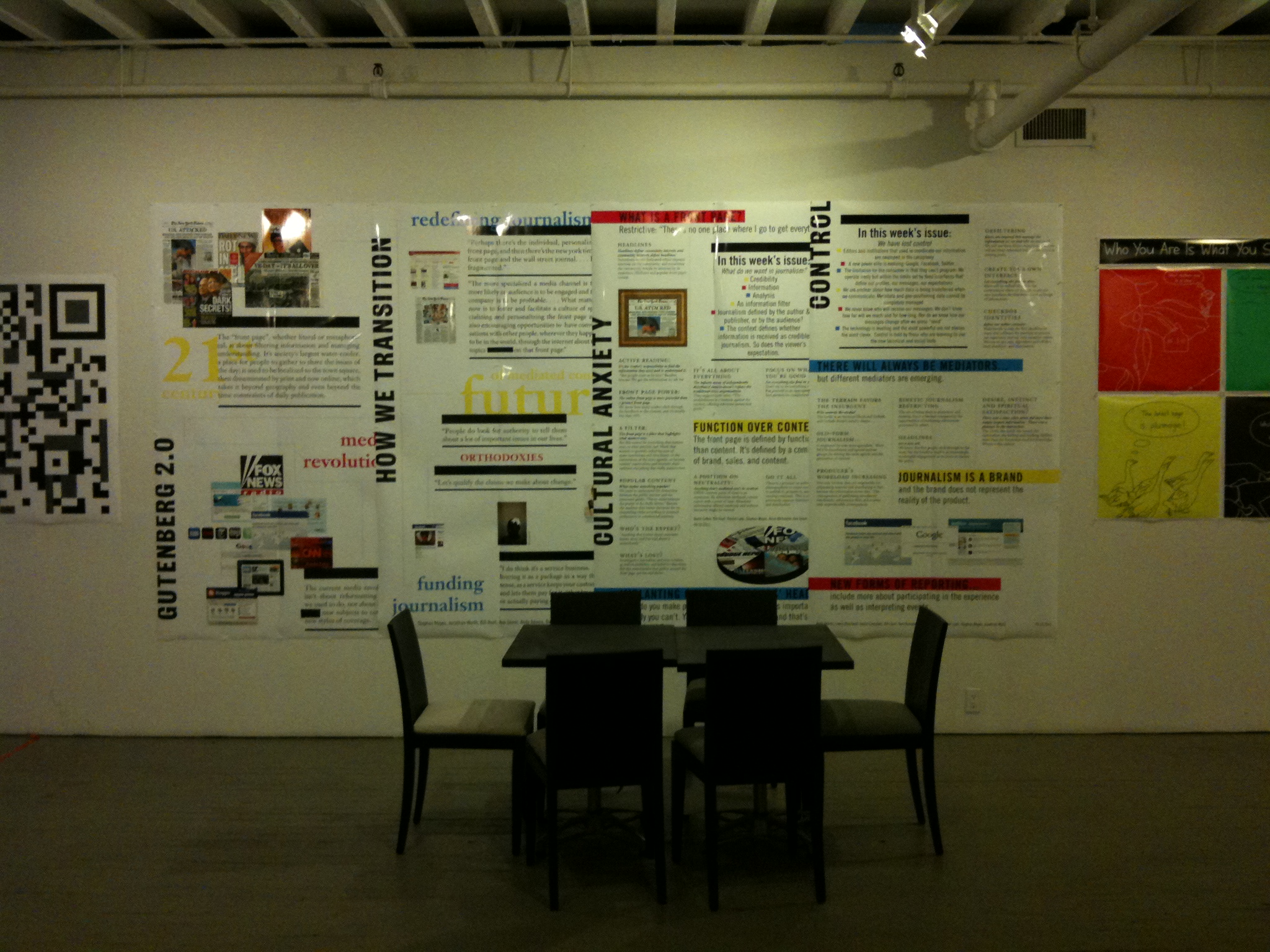 I saw Vonna-Michell a the X-Initiative two years ago and loved his work. The new show continues to investigate materialities of memory. Via Metro Pictures:

…Tris Vonna-Michell exhibits a new sound edit combining hahn/huhn (2003-ongoing) and Leipzig Calendar Works (2005-ongoing), which recalls the peaceful 1989 demonstration of East German citizens at the Ministry for State Security, or Stasi, district headquarters in Leipzig. Merging this with descriptions of a feverish initiative to destroy incriminating documents before citizens stormed the agency’s Berlin headquarters, Vonna-Michell’s chronicle becomes a patchwork account of the months leading up to German reunification. Here, signals and pulses, repetition and overlay are edited in the recording to correspond to the slide sequences he displays on anachronistic projectors. As Vonna-Michell seems to earnestly meander through his monologue he alludes to the crafted structure of the very story he is telling, and suddenly the credibility of the words he speaks and the images he presents are cast into fiction. Vonna-Michell develops his narratives over extended periods of time, altering and adding to them to make each of their iterations unique. 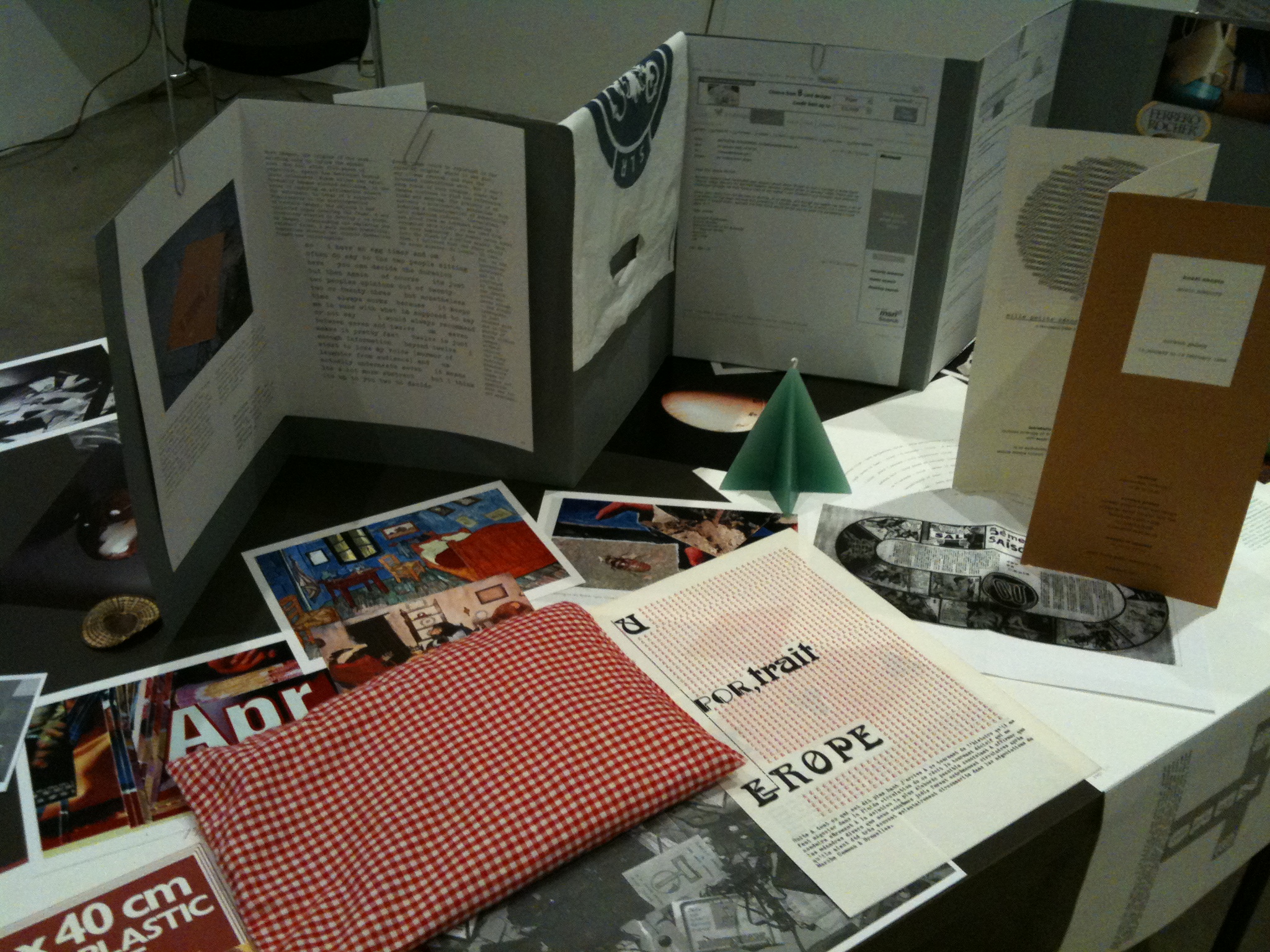 Jennie C. Jones re-contextualizes the material output of sound recording in order to explore how we listen and how sound operates physically and metaphorically.  This new show centers on a sound score in three movements, titled From the Low, which is a digital “re-composition” from appropriated samples that operate in the psychological and emotional territory of ‘dark notes’, ‘deep chords’, and low frequency. Accompanying this sound score is a new series of “Acoustic Paintings” made with soundproofing materials (also known as absorbers and diffusers) typically used in audio engineering and studio recording. In transforming the resources and products connected to both the industry and act of listening, Jones’s work layers the formal languages of Modernism — abstraction and minimalism — over the conceptual and technical strategies of avant-garde jazz to extend and complicate these parallel legacies of experimentation. 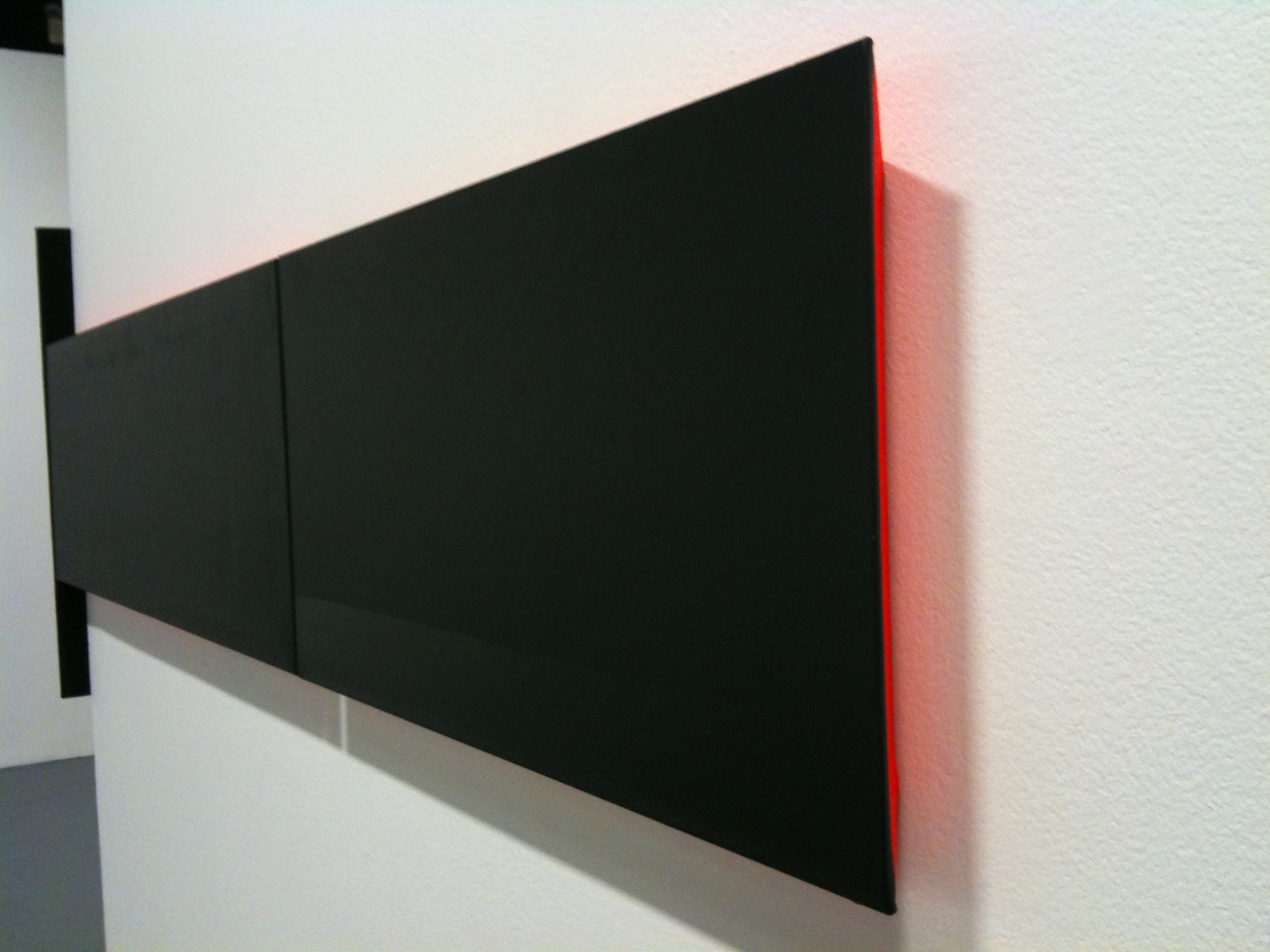 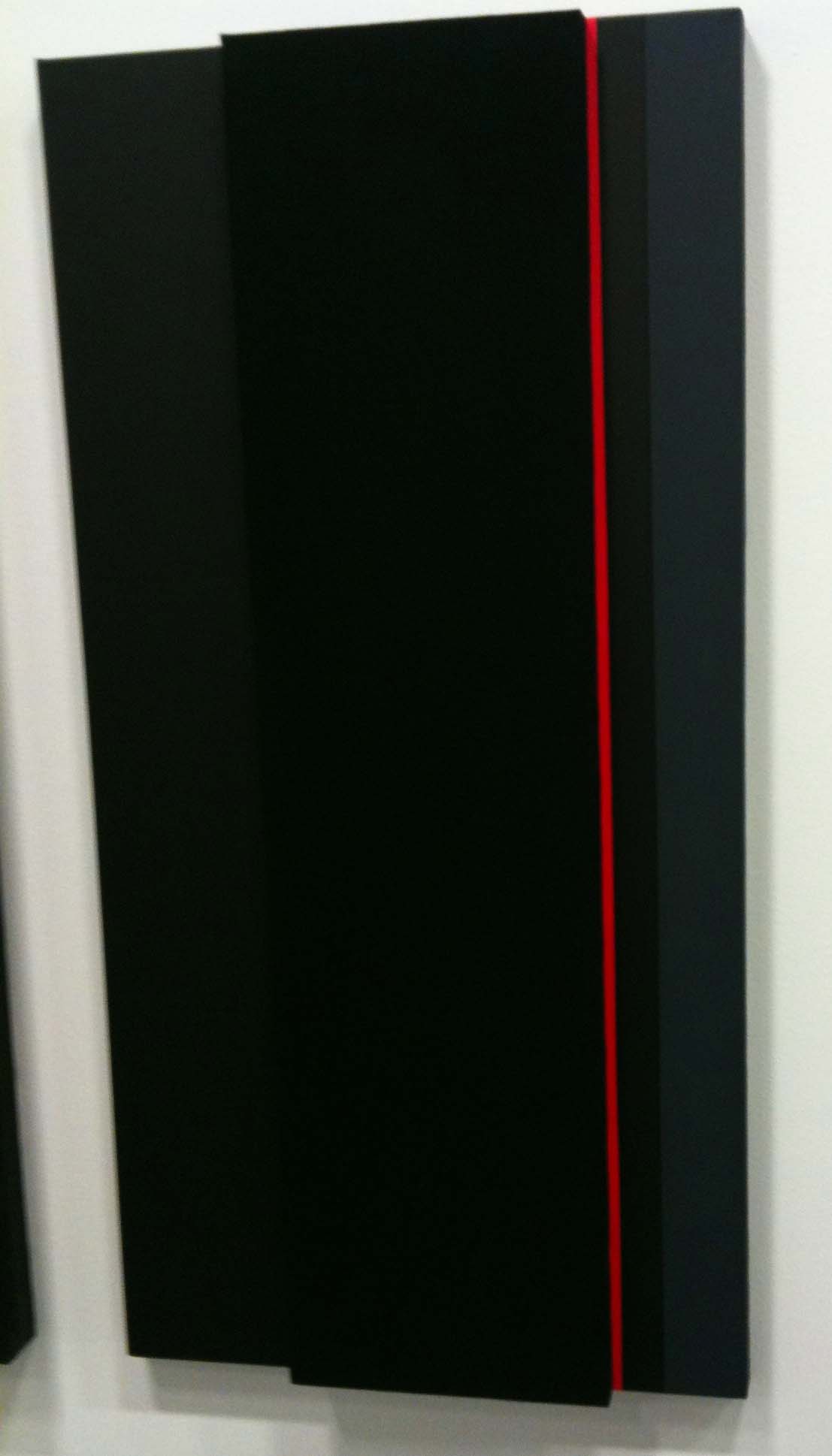