Before catching the bus to Boston on Thursday afternoon, I decided to do a quick loop around Chelsea to catch some shows before they closed. Chris Marker’s Passengers was eh, but Ellen Kooi’s photographs were quite enchanting. I knew nothing about her, but surmised, based on her work, that she’s either Scandinavian or Dutch; I was right: she’s Dutch.

I had high hopes for Carter Mull’s The Day’s Specific Dreams, but I found the execution less compelling than the conceptualization. According to the press release, “The exhibition’s title takes its cue from Stéphane Mallarmé’s essay, Un Spectacle Interrompu (An Interrupted Spectacle), in which the author proposes that major cosmopolitan cities’ newspapers should chronicle the dreams of their population. This is a fitting proposal for Mull, who breaks apart the newspaper into temporal poetic fragments, erases differences between found images and ones of his own making, and buries the indexical potential of the photograph in favor of its ability to capture the abstract and elusive ruminations of our cultural imaginary.” The show was just as much about image-making as it was about newspapers. I appreciated the juxtaposition of this Photoshopped image of a printer, drawn from Diderot’s Encyclopedie, and 1,800 metallic prints, scattered across the floor, each featuring a frame from an iPhone 4 commercial. The images feature lots of splotches and bleeds — a skeuomorph of the analogue “glitch”? 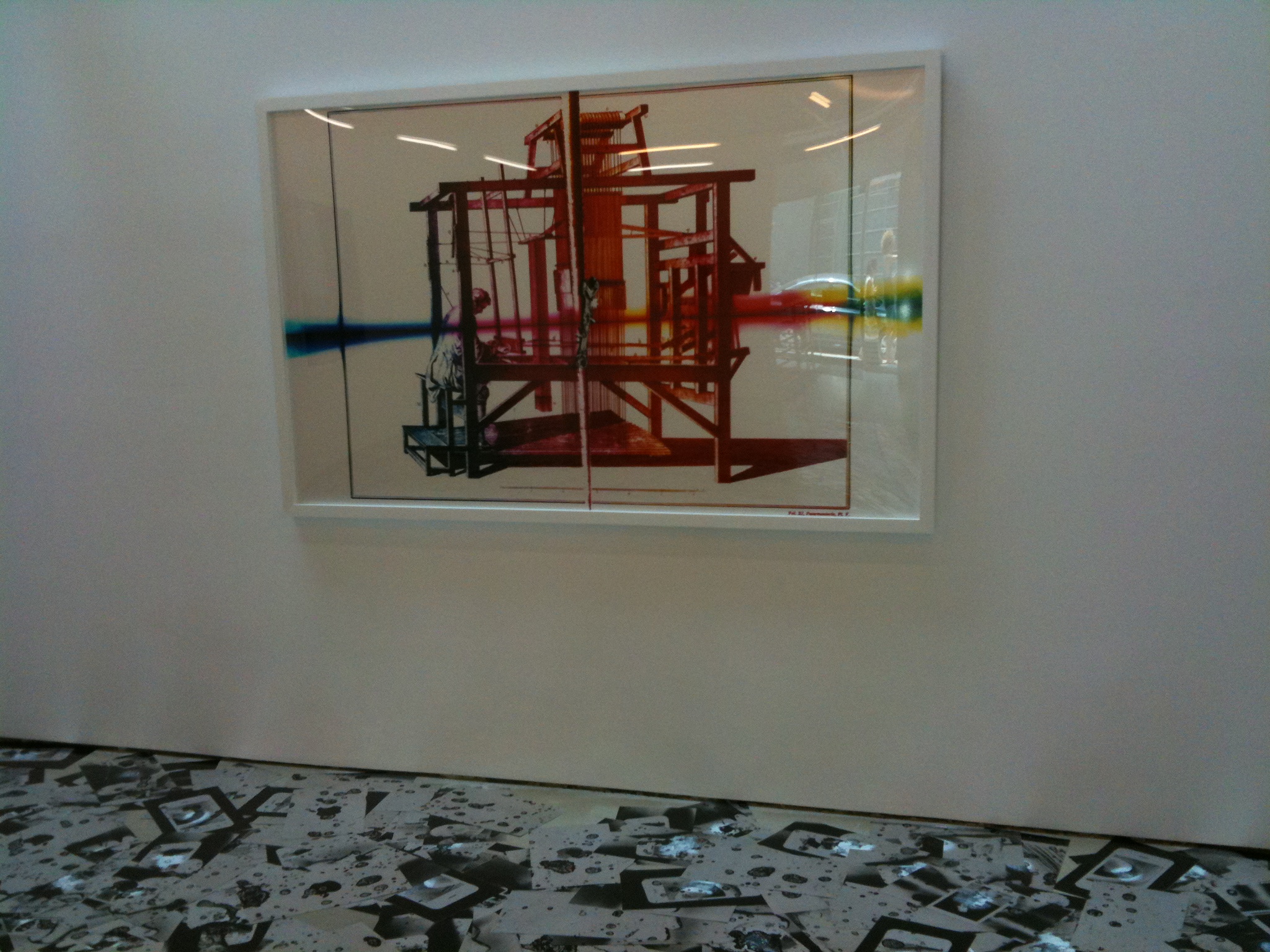 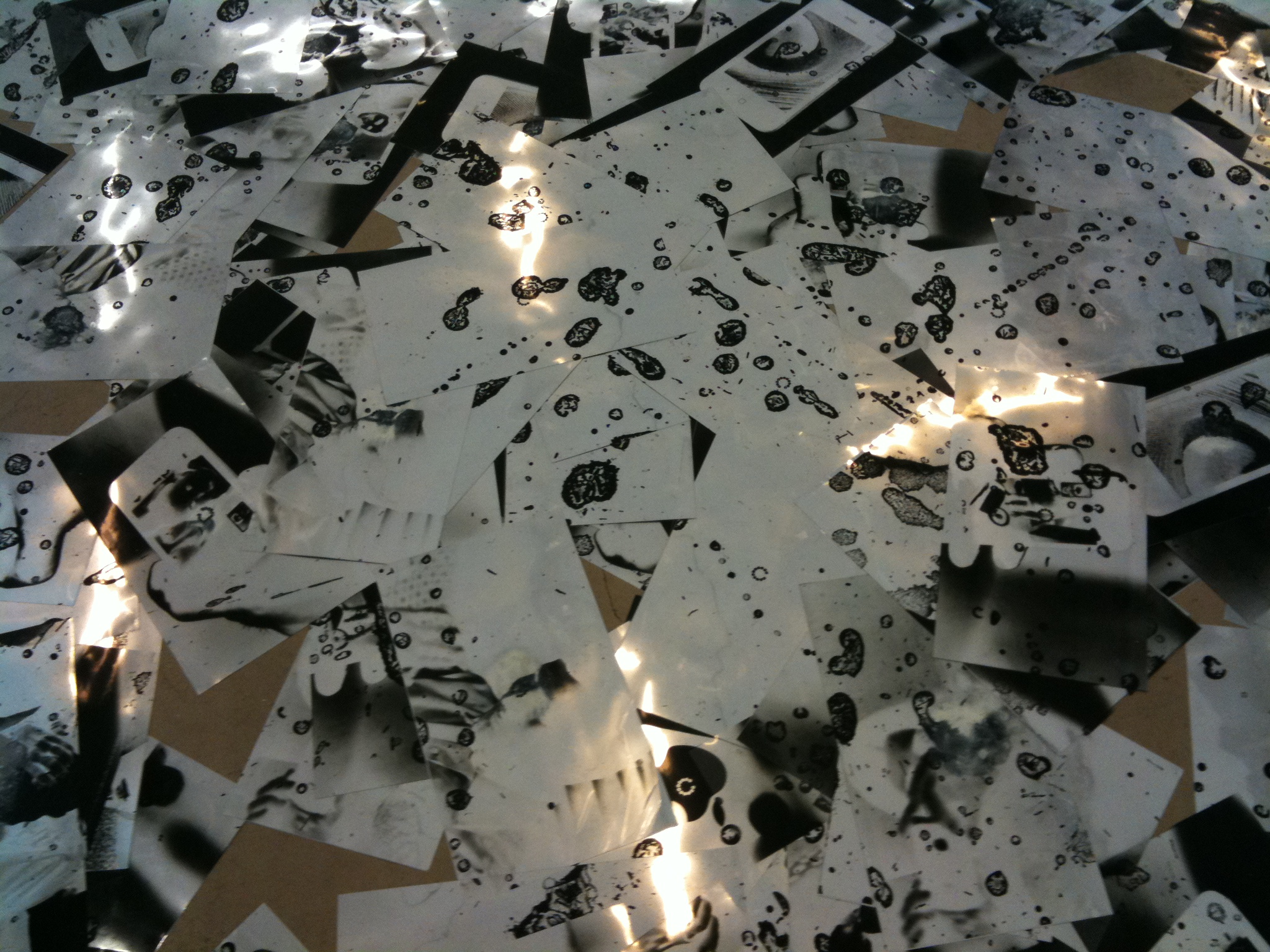 I’m not sure if it was considered an “official” part of the show, but Sara and Gerald, a broadsheet that Mull co-edits, was free for the taking in the gallery. I always like a show with tangible take-aways; I have a few boxes in the basement that are full of postcards, posters, trinkets, and other ephemera I’ve picked up at various galleries over the past 15 or so years. 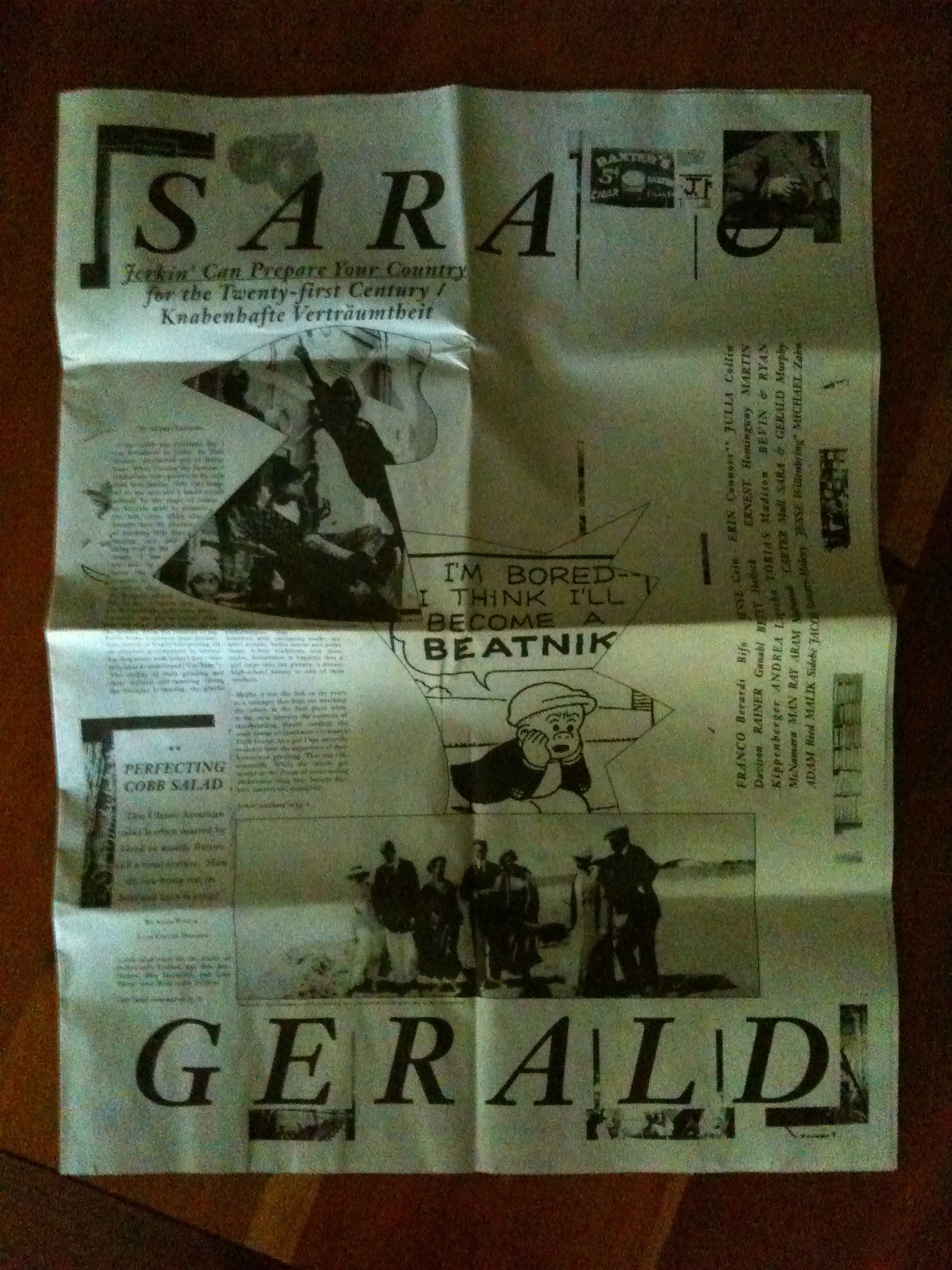 I was surprised to discover inside, just today, this fitting hauntological (are we using this word anymore?) reference: 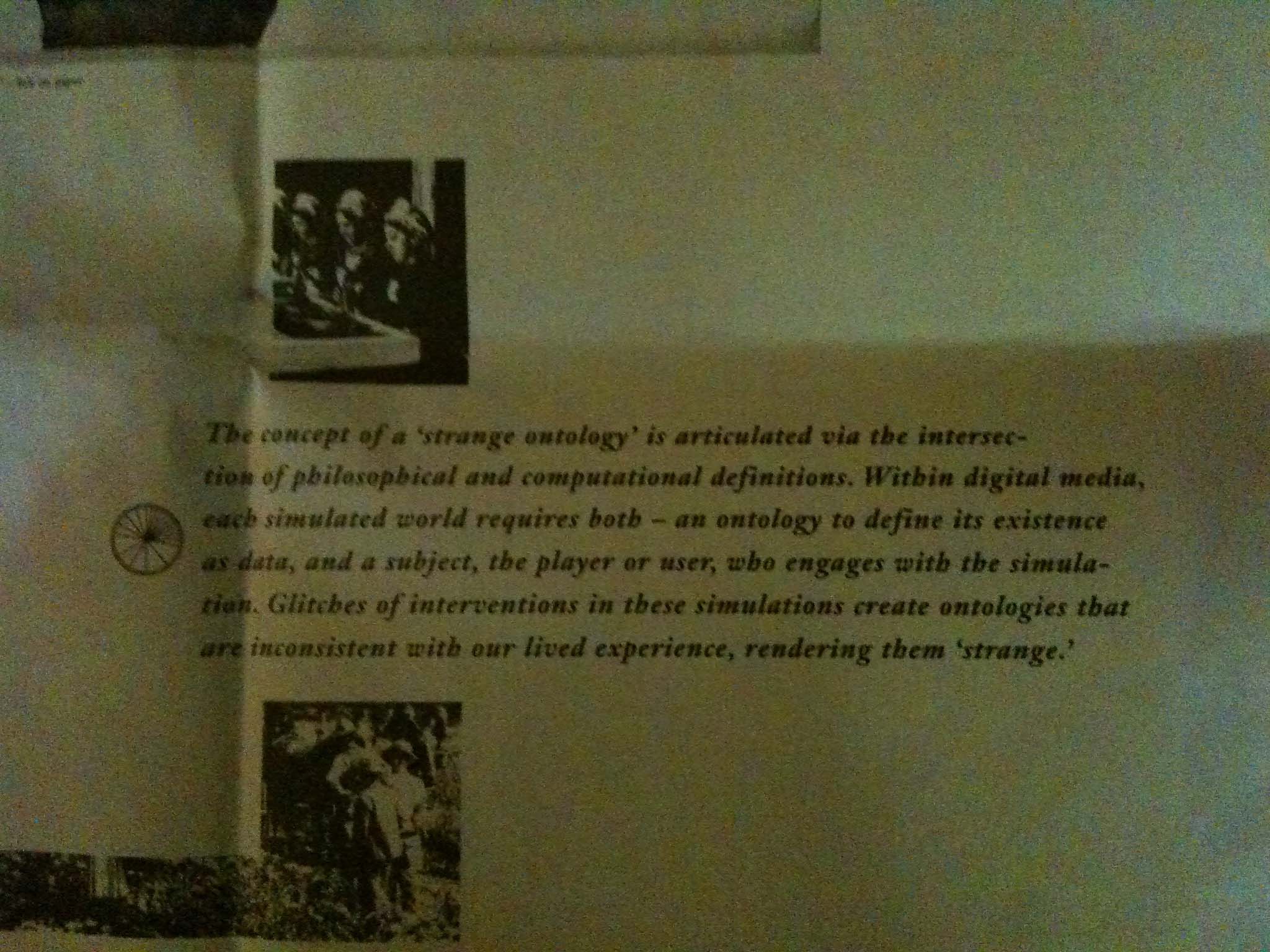 Then at bitforms I saw Tim Knowles’ Recorded Delivery, in which he tracked, via photography and audio recording, a package along its 902-mile journey from London to the Isle of Barra. This piece reminded me a lot of sensor-driven projects, like SensibleCity Lab’s Trash Track, but Knowles’ work, from the point of view of the package itself, is more a manifestation of object-oriented ontology (creating an interesting ontological resonance with Mull’s broadsheet). 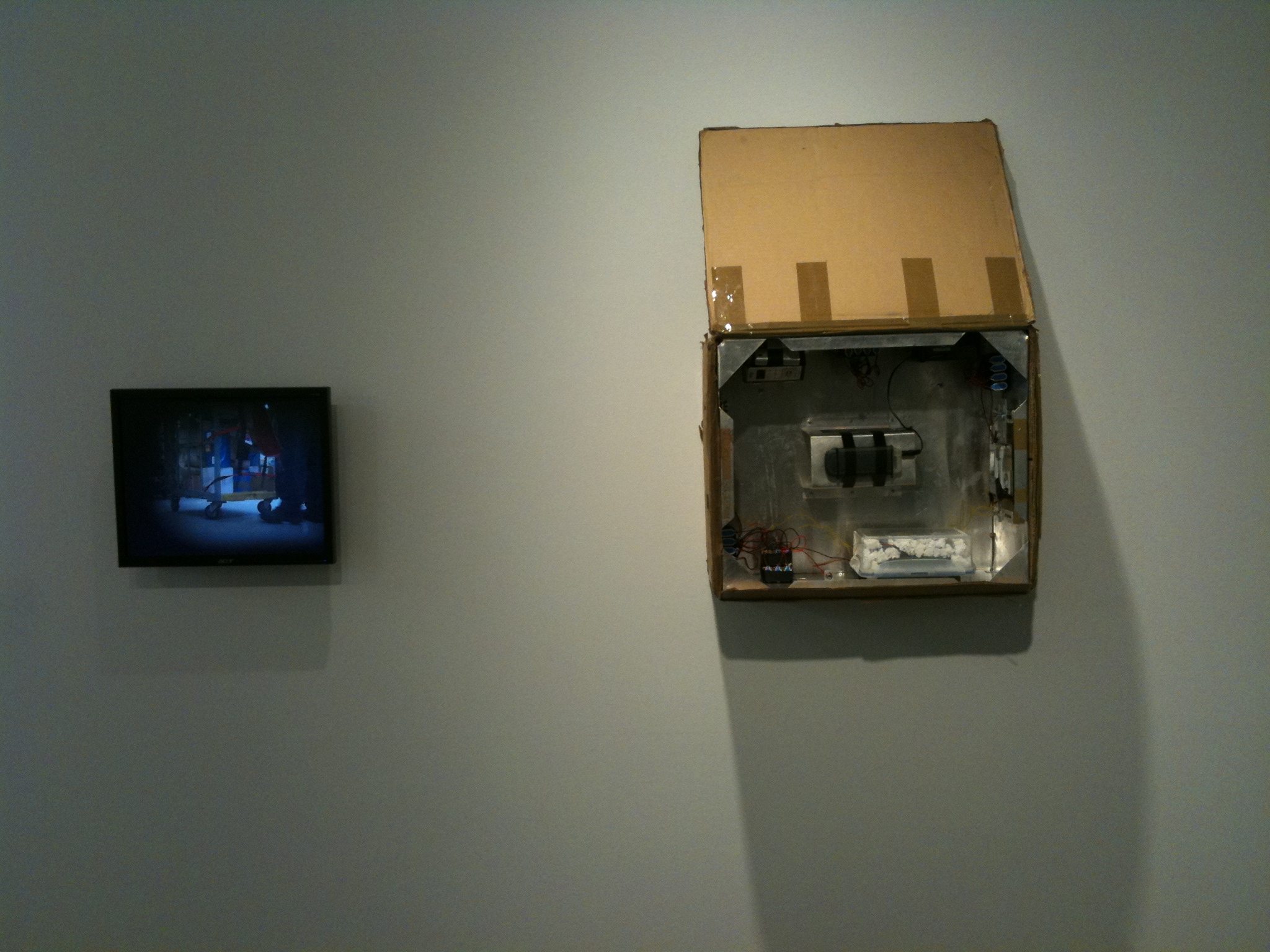 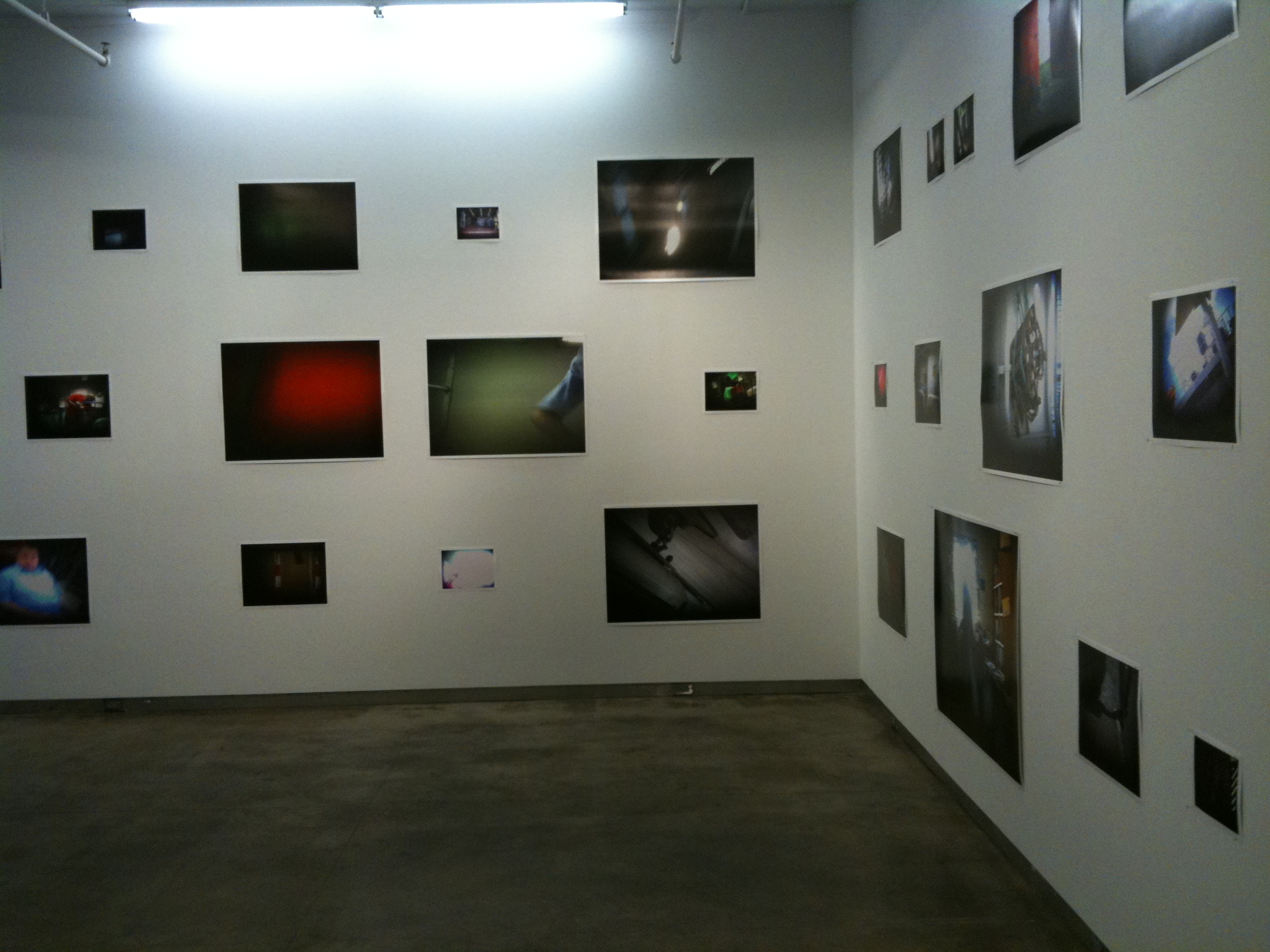 I wish I knew how to make sense of this: 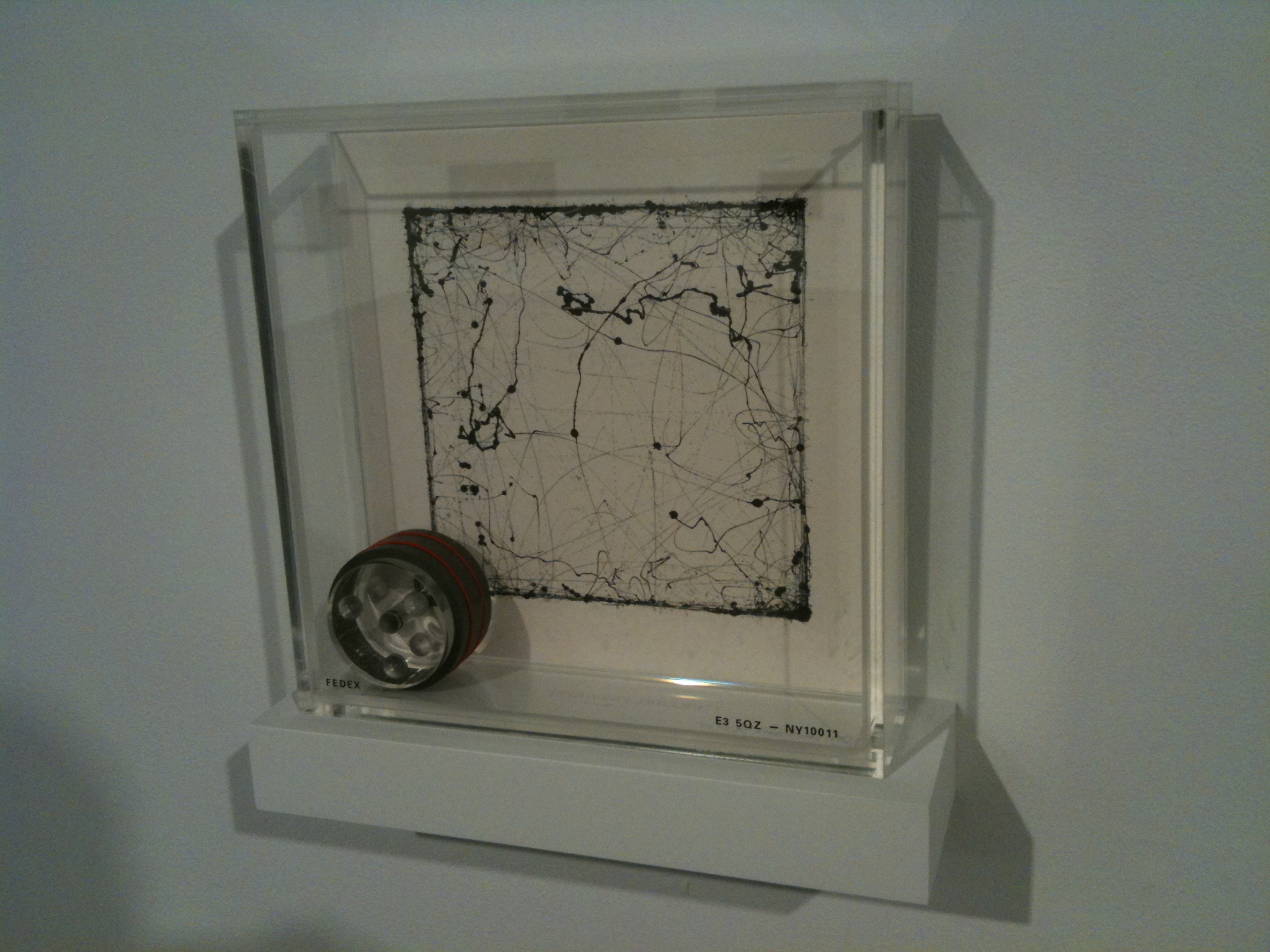 Finally, my favorite of the afternoon was Simon Evans’ Shitty Heaven, in which he “assembles prosaic materials, such as scraps of paper, scotch tape, pencil shavings and correction fluid into diagrams, maps, flowcharts and diary entries that obsessively catalogue the fragments of a life.” I’m a complete sucker for this kind of work. It’s an obsessive — almost outsider-art-ish — mapping of the comical or the absurd: 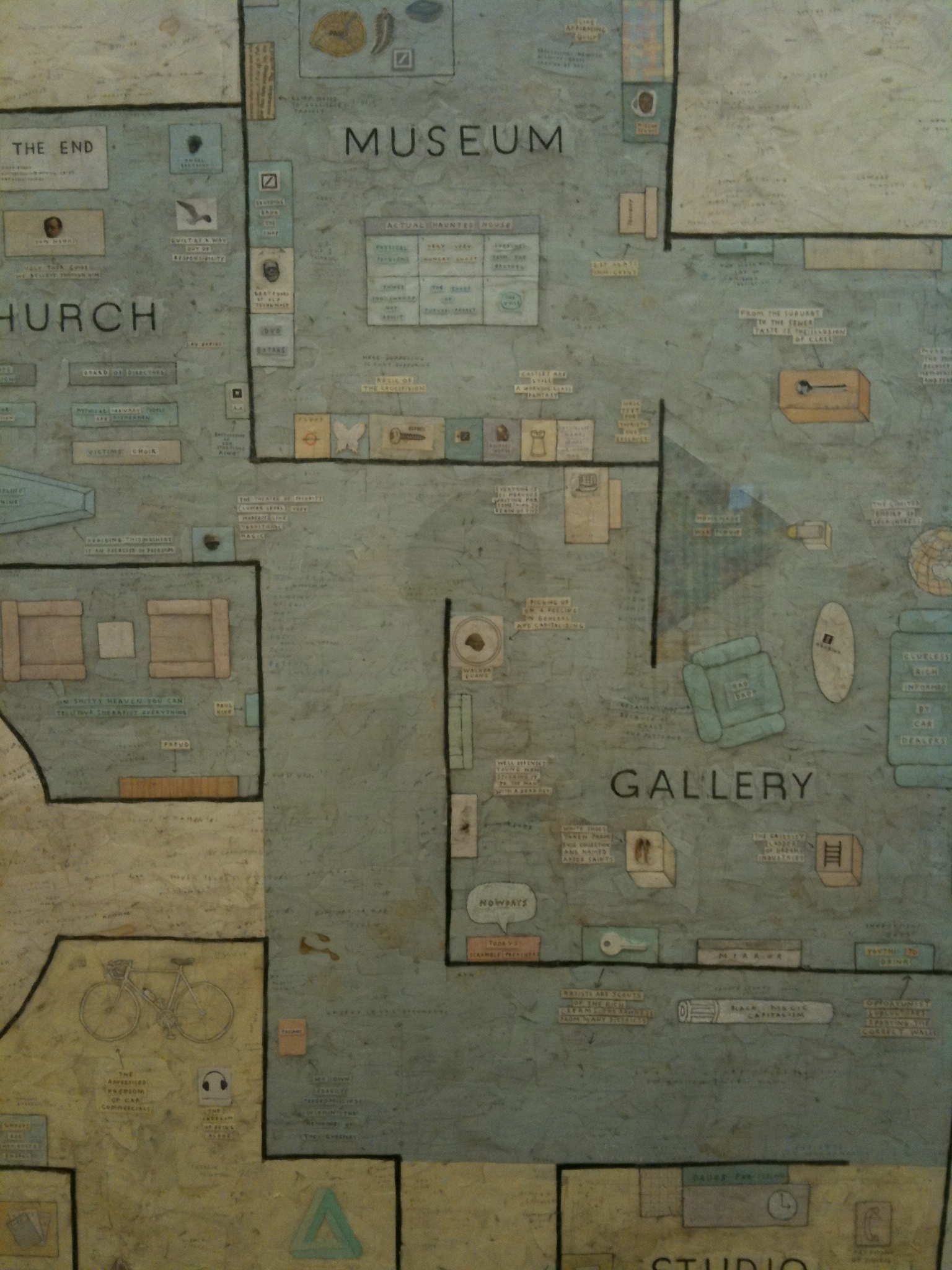 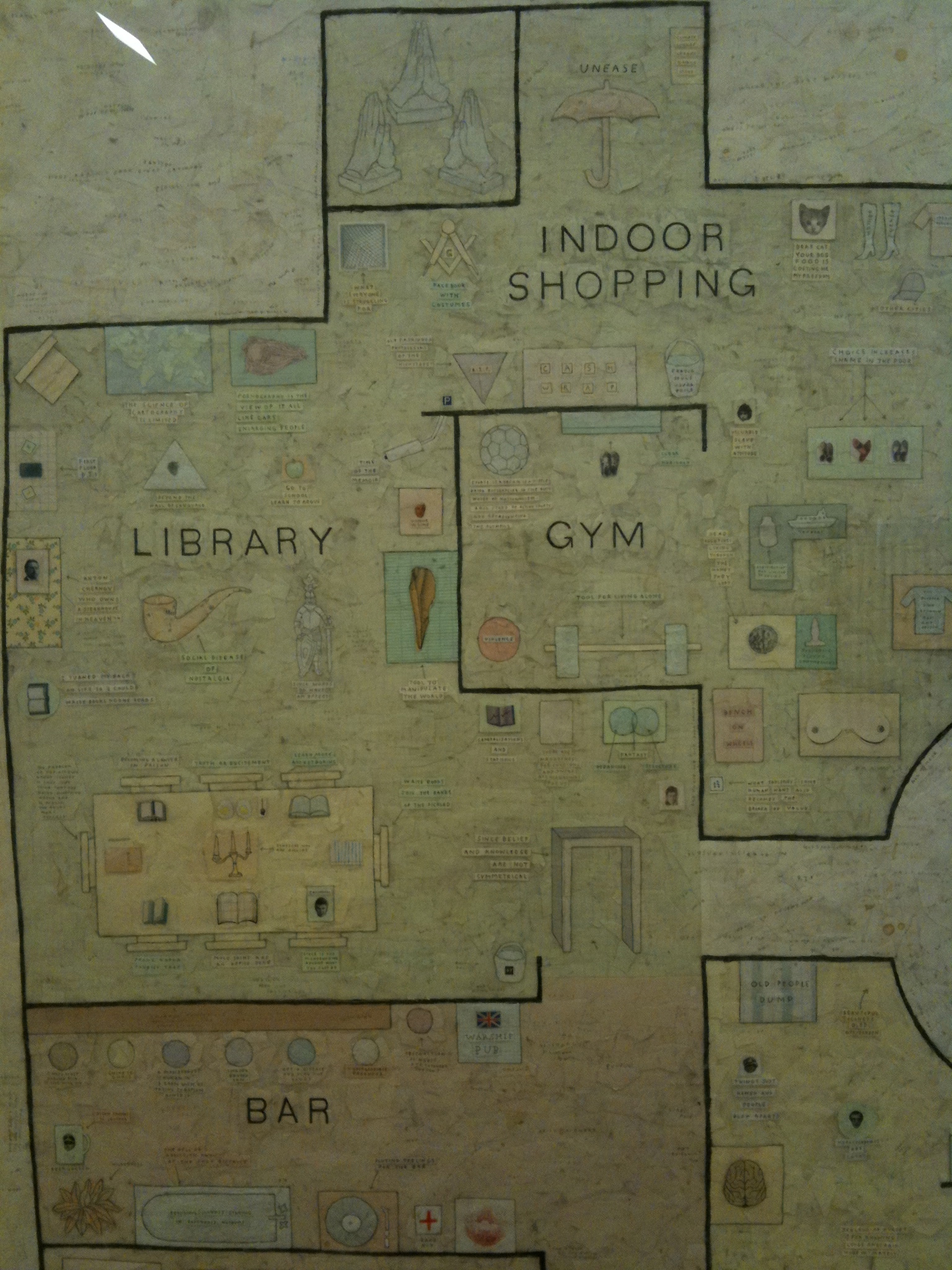 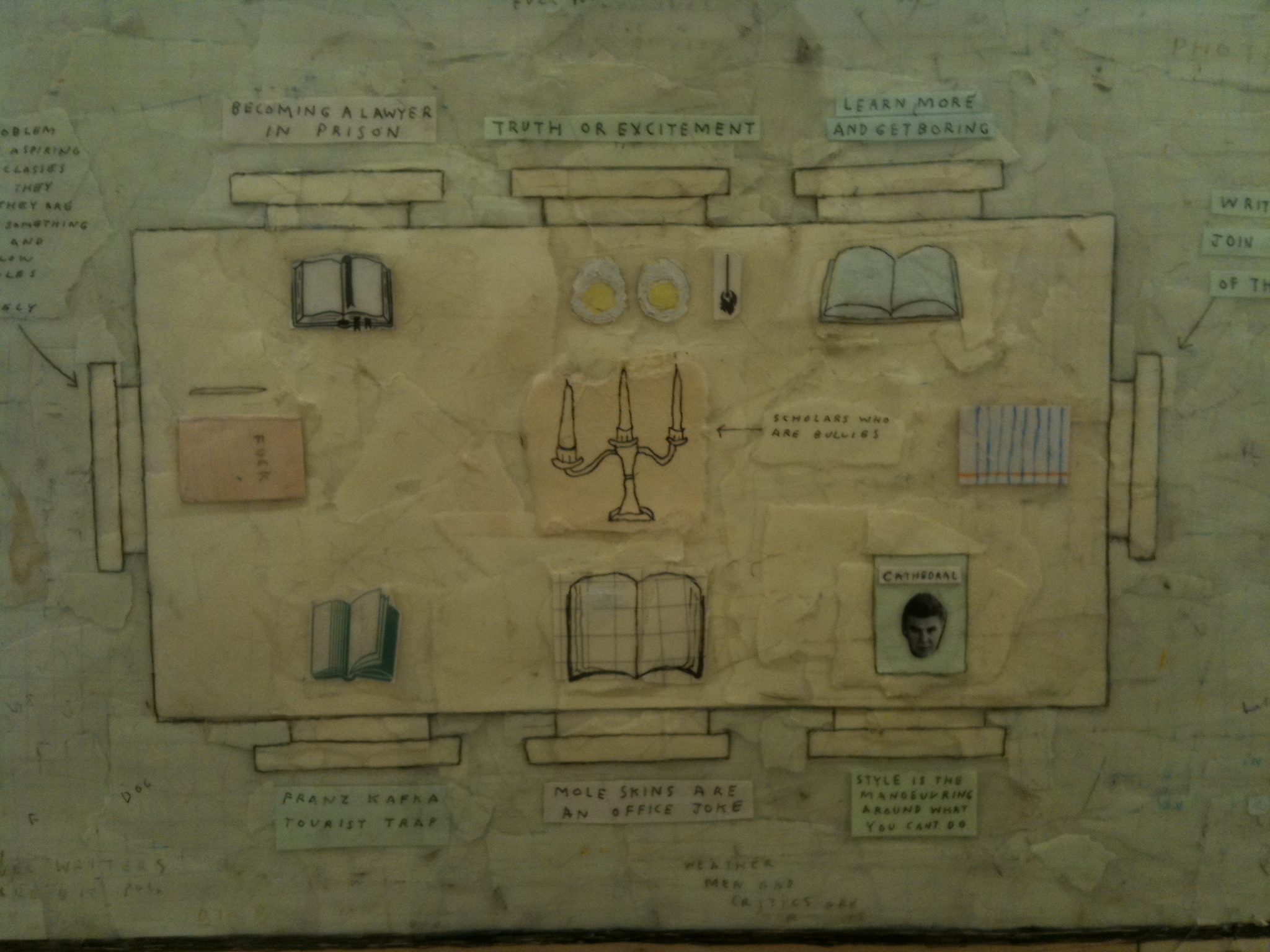 These supposedly function as “yantras,” or visual energy diagrams. And of course the material object itself makes one conscious of the physical energy expended in copying the text and assembling the work: 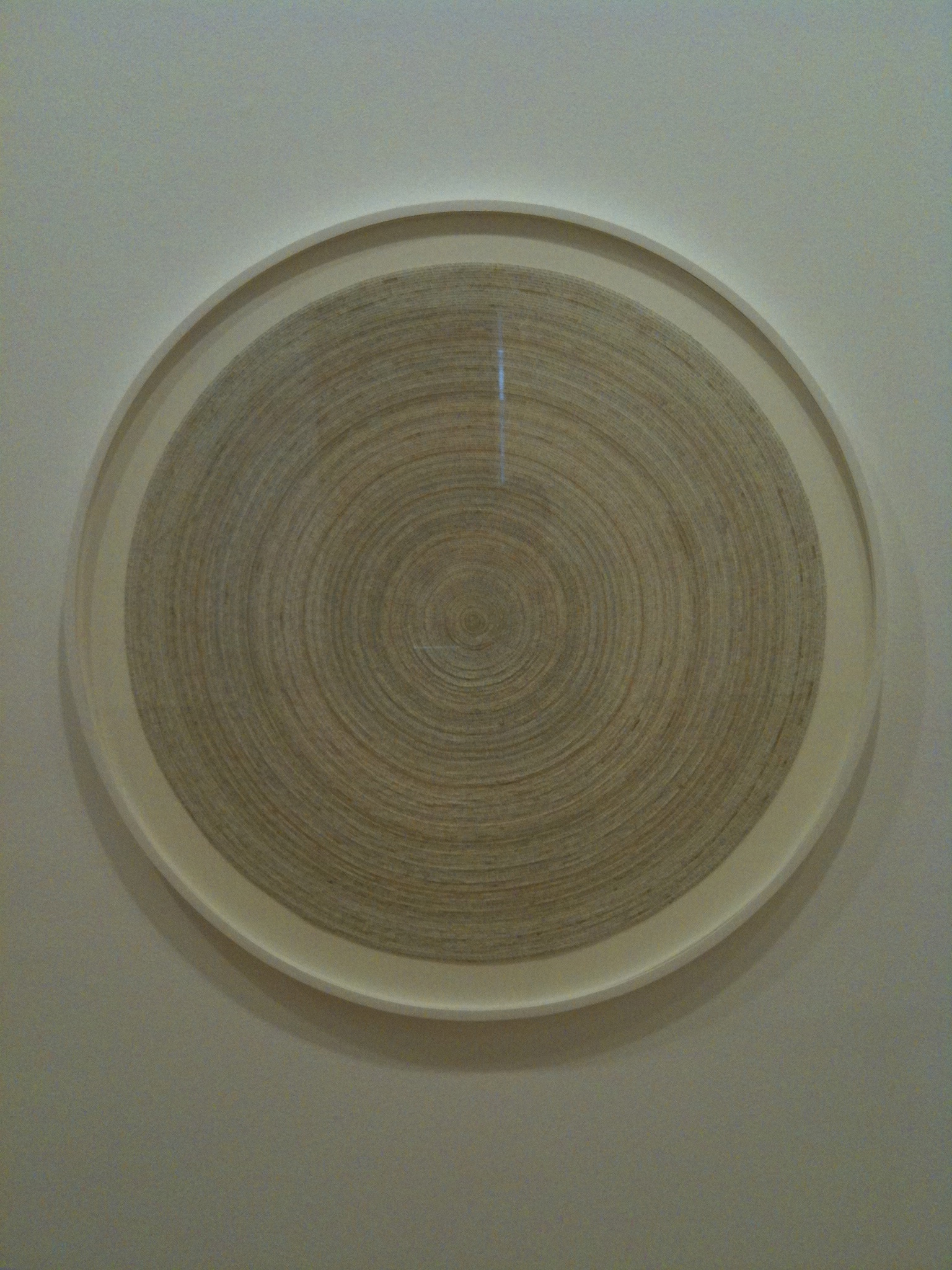 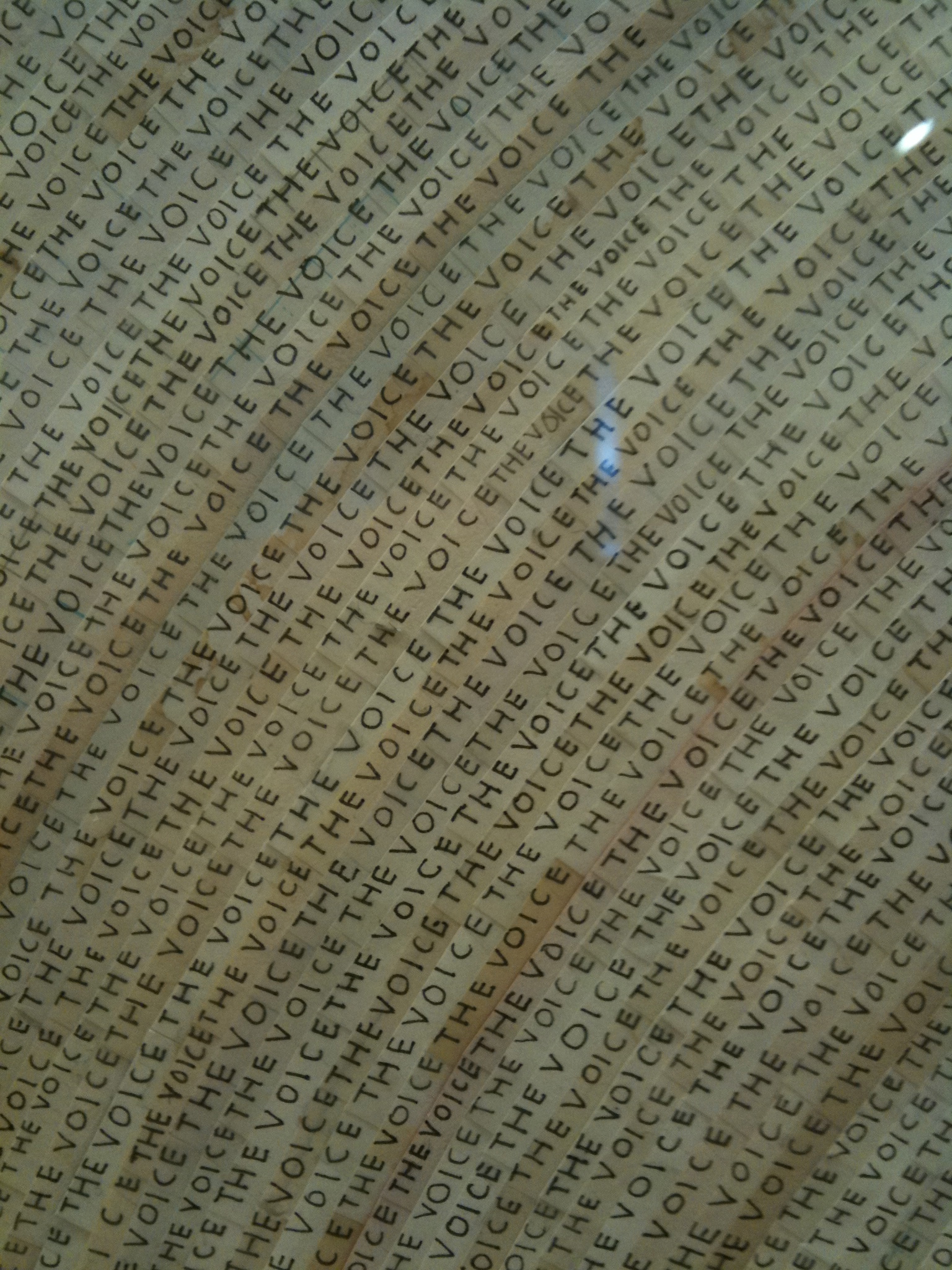 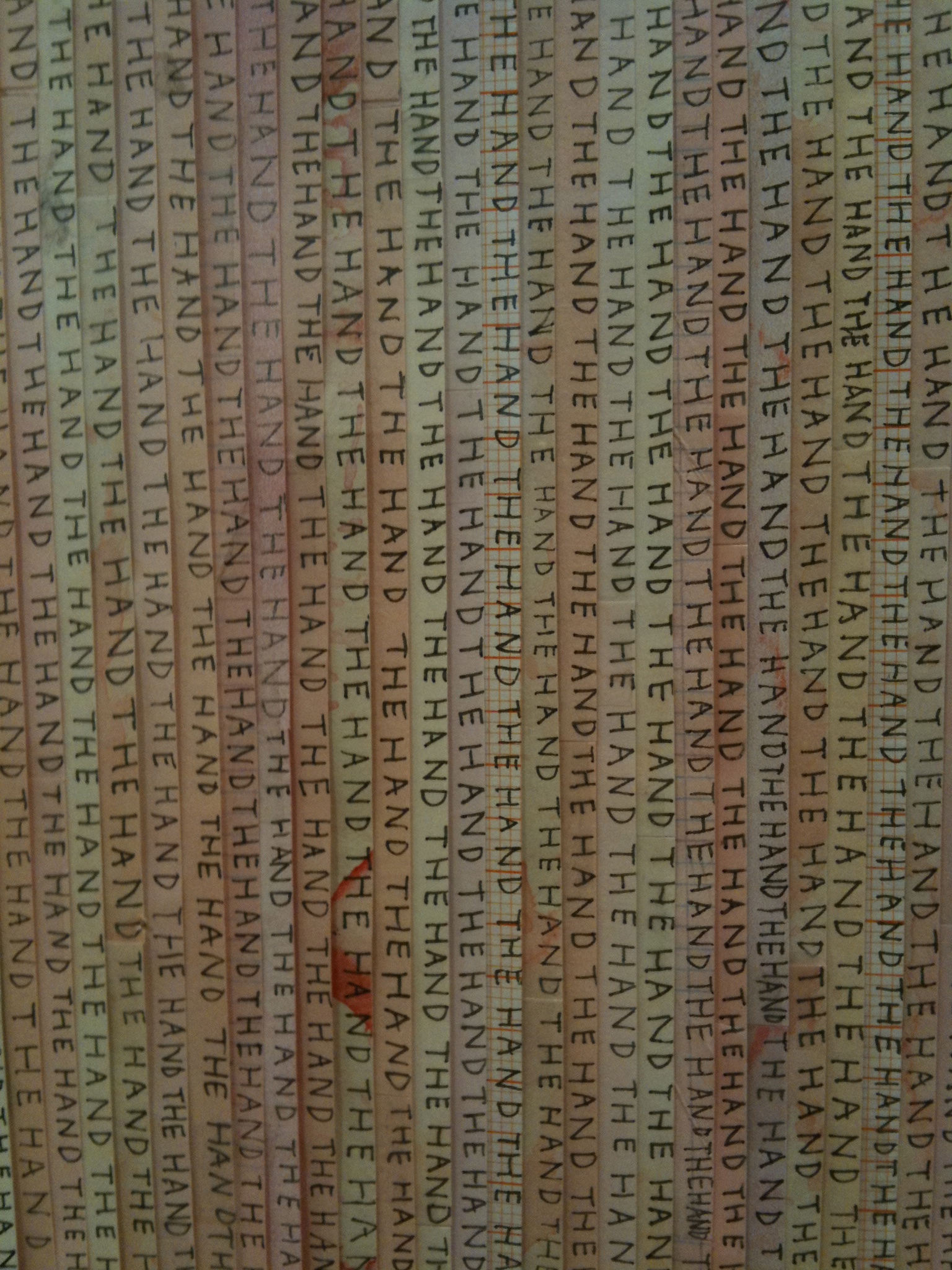 And this reminds me of a more tactile, egocentric version of a Mark Lombardi chart: 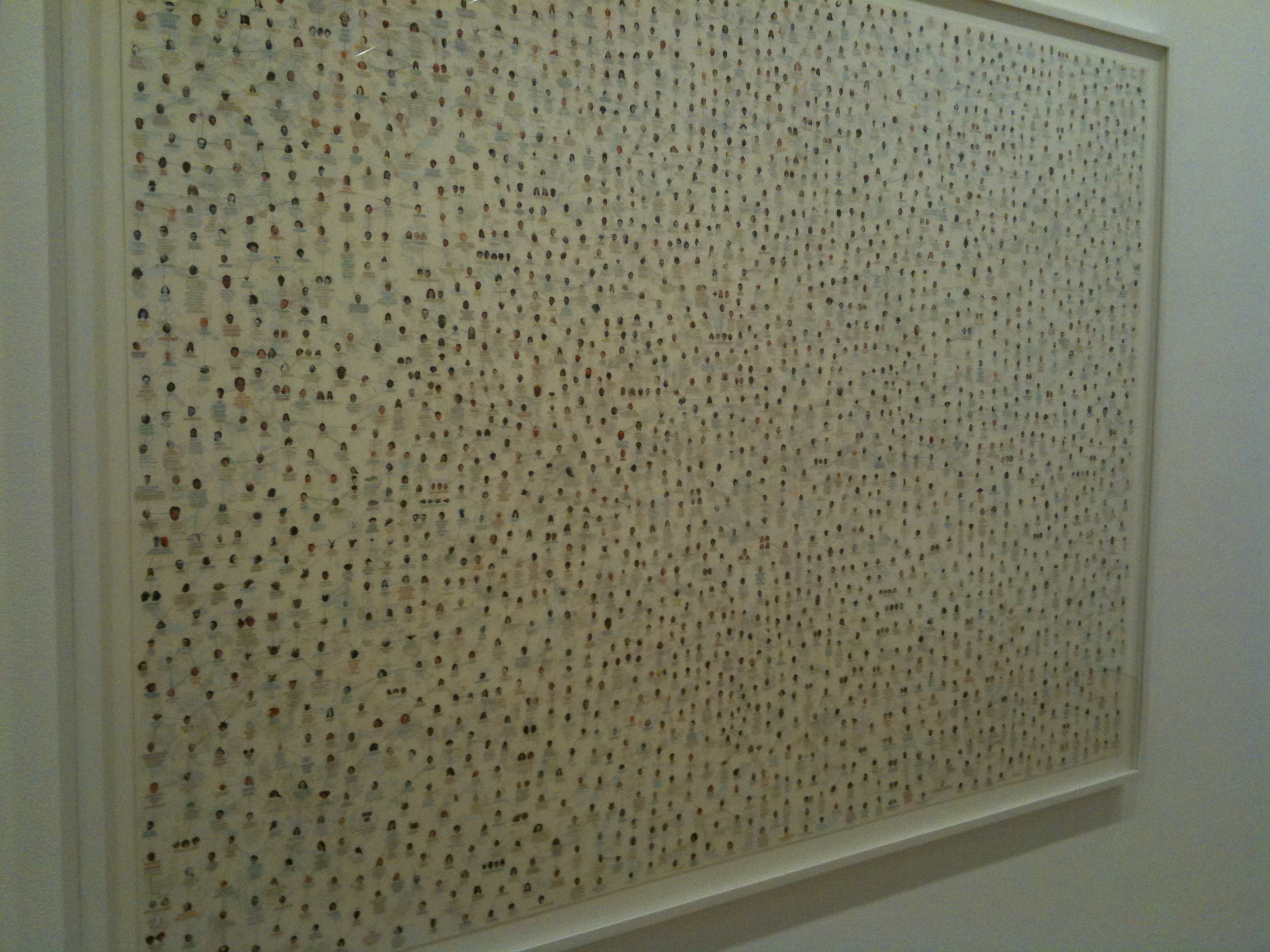 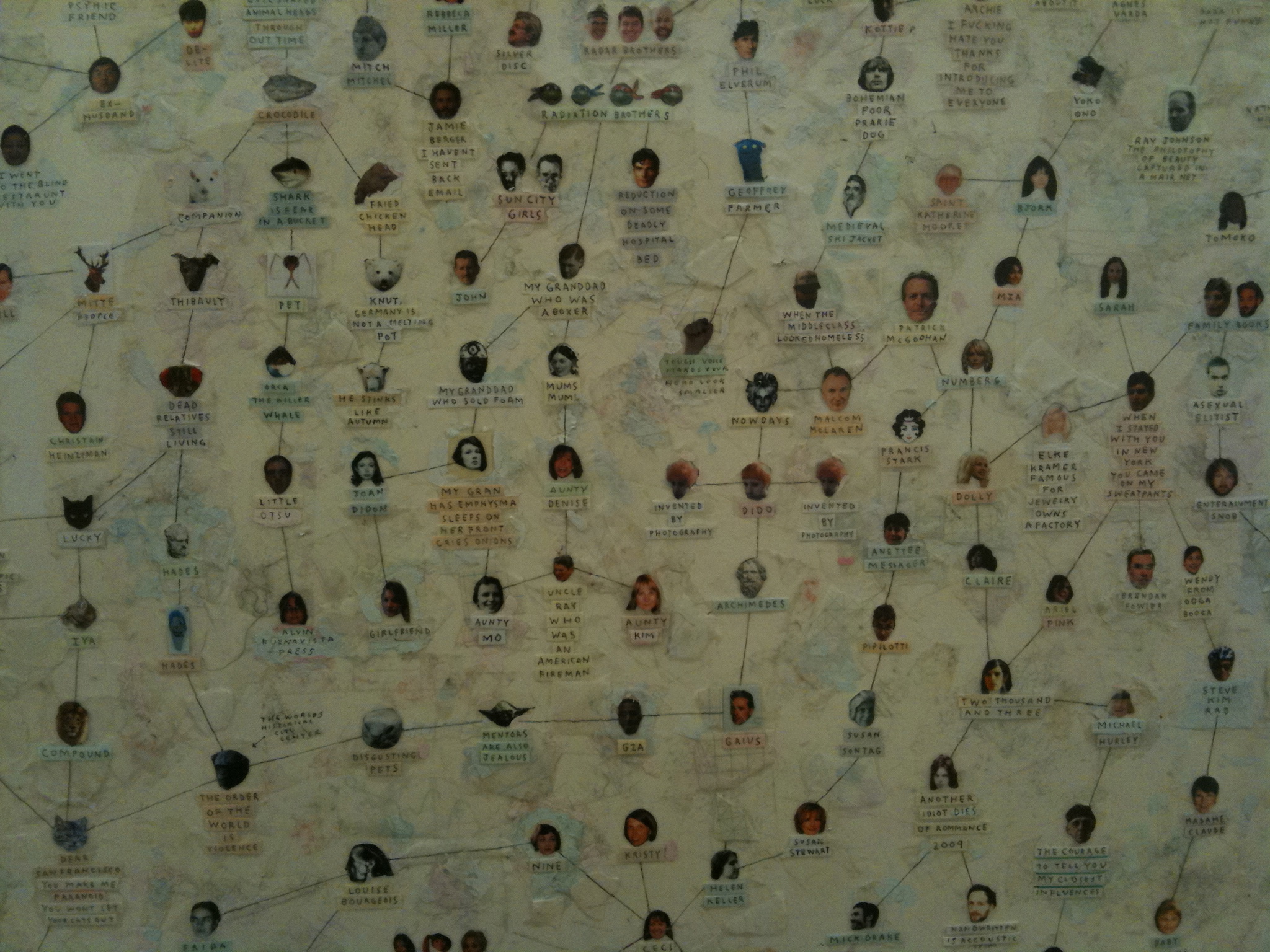 Then we were off to Boston, where I caught The Record: Contemporary Art and Vinyl, which I was so excited about last year that I pre-ordered the catalogue. I knew I’d never made it to NC to catch the show at Duke’s Nasher Museum, and it was a lucky coincidence that it was in Boston while we were in town. Lots of great stuff (and some of my favorite artists) were here, playing with the record as both a sonic and physical resource. 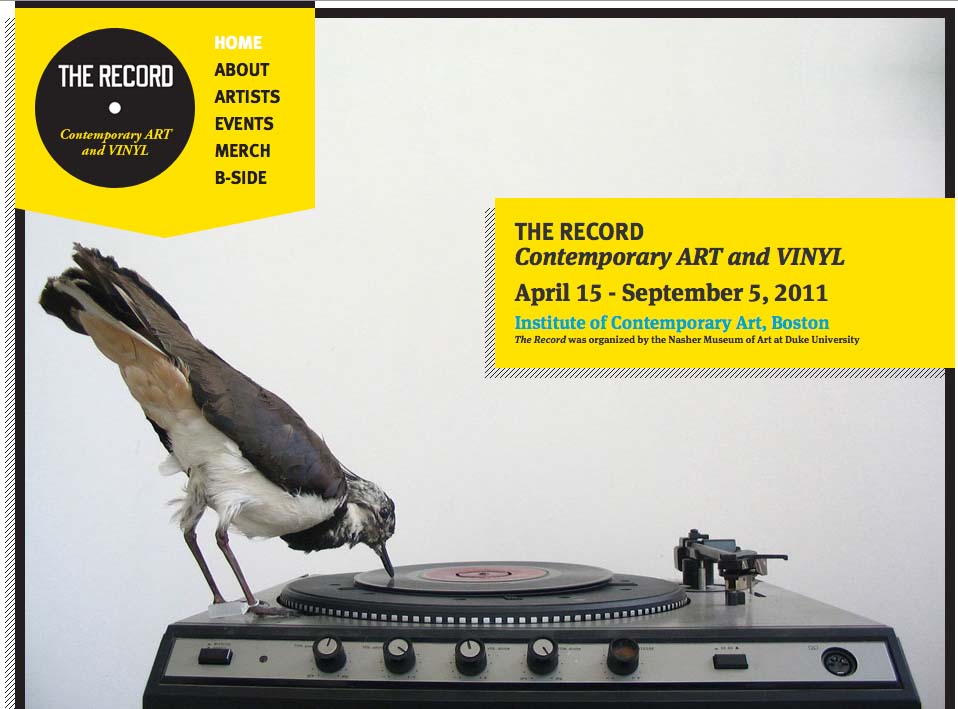 And then to wrap it up, I was very grateful to have had the opportunity to meet two fantastic object-oriented comm/media colleagues on our “Design and Communication: The Philosophy of Objects, Systems, and Spaces” panel at the ICA conference. I’m glad to know more about Liz Moor’s fantastic work on branded materials and Christine Harold’s exciting work on the “makers movement.”

In short, an object-filled week!