This weekend we went to MoMA to see the AbExNY show, which was wonderful — but I was just as happy to encounter even more evidence of the growing interest in the materiality of media. Following up on all the recent zine and little magazine shows, the Looking at Music 3.0 exhibition incorporates a table full of photocopied Riot Grrrl zines.

And then I encountered Henrik Olesen, who, according to the wall text, has drawn inspiration from Artaud:

“When you have made him a body without organs, then you will have delivered him from all his automatic reactions and restored him to his true freedom.” 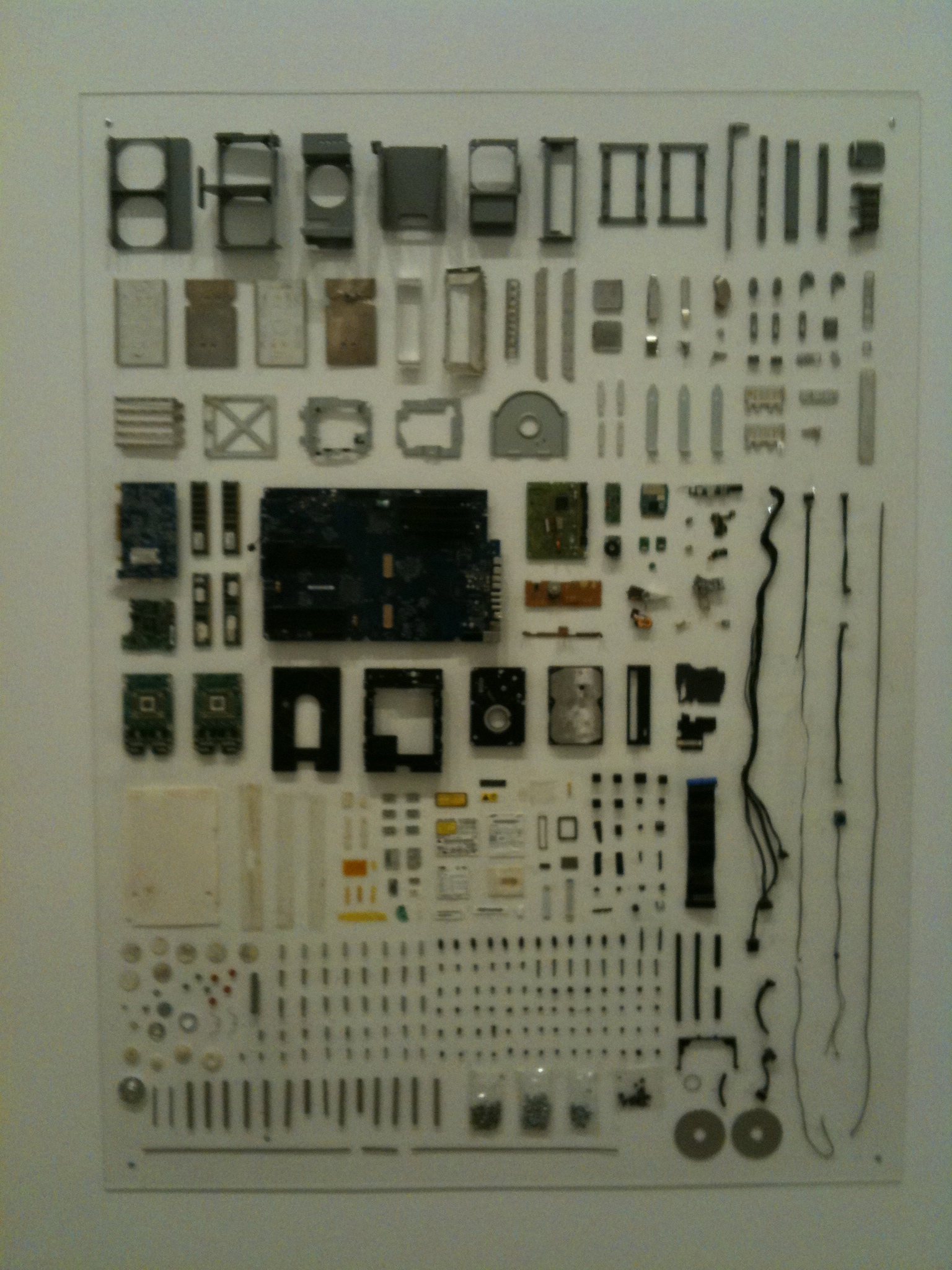 Thinking about BwO, I felt a weird resonance with this Paula Hayes piece I saw on the way out:

And then, later on, I dug out the Deleuze & Guattari and recalled that “the body without organs is an egg” (Anti-Oedipus), and it’s also “the Earth — the Deterritorialized, the Glacial, the Giant Molecule” (A Thousand Plateaus). How wonderful to see on two adjacent floors the Body without Organs in two such disparate forms: an exploded PowerBook and a giant terrarium.