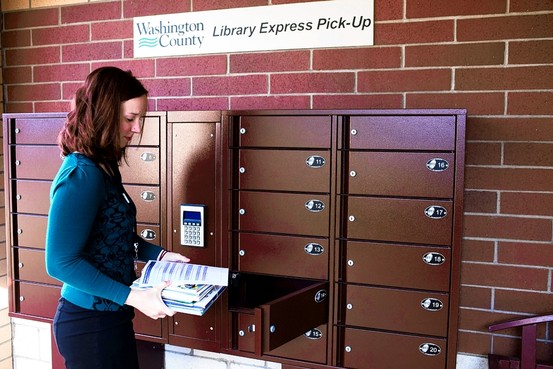 The Wall Street Journal featured an article today about Hugo, Minnesota’s, new librarian-less library. It’s a set of metal lockers, located outside city hall, where patrons can pick up material they’ve ordered online a couple days before. It’s presented as a valuable cost-saving measure (although not one without its critics). The article quotes Audra Caplan, president of the PLA: “Many of us are having to reduce hours as government budgets get cut, and this enables people to get to us after hours.” Actually, these machines don’t allow people to get to you, public library; they allow them to get to your stuff. 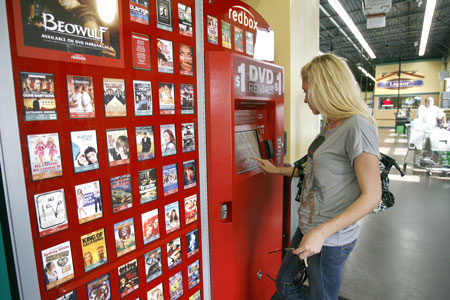 Yeah. I’m sorry, I just won’t go there. This is not a library. It’s a freaking vending machine. And your Library Express, Hugo people? Ceci n’est pas une bibliothèque. What you’ve got there is a chocolate brown book locker (perhaps an International Style descendant of Allen Lane’s Penguincubator, which dispensed Penguin books in the 1930s?).

Why do we keep doing this? Why keep assuming that access to content is sufficient? That our libraries, and even our educational institutions, exist primarily, if not solely, to provide “access”? As I wrote in my book,

Library scholar Ernest Cushing Richardson pointed out the distinction between the Greek and Latin words for library: the Greek bibliotheke emphasizes the physical place, perhaps the building or room that houses the library’s material; the Latin libraria emphasizes the books themselves. Most Romance languages have adopted forms of the Greek bibliotheke to refer to the library and forms of libraria to refer to a bookshop. If the library is both a building and its contents, then the Latin libraria must somehow be merged with the Greek bibliotheke. But even such a compound term seems inadequate to capture the definitive aspects of the library. A library is its contents and their containers, its publics and their activities—perhaps even its city and that city’s character. A library is information and knowledge; it is multiple epistemologies. It is multiple pedagogies. It is a collection of atmospheres and auras. It is an ideology with both timeless and evolving ideals and values and timeless and evolving ways of expressing those ideals and values. …At the same time, it is a physical space, a spatial organization, that makes many of these things possible. It is a physical structure that codifies these ideas and values and makes them apparent

A library is more than a box o’ books (and other media).

Then again, maybe that’s all some people want: access to stuff. Maybe the librarians’ expertise, the community space, the vital symbolic value of the institution are, in some people’s minds, superfluous. If that’s the case, well, that’s really sad. But fine — you can have your book-dispensing machines. Just don’t confuse this glorified locker with a library. ‘Cause it’s not. 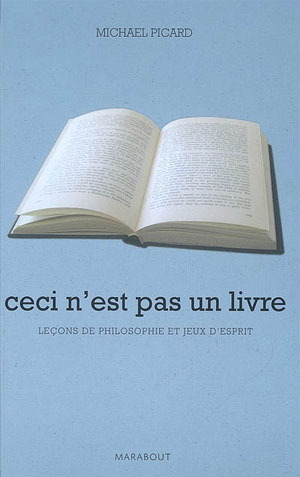 It is also a place staffed with librarians! I think Walter Benjamin would have a field day with this concept – a library without librarians is like a canvas without an artist. Just not possible.

Thanks, Katie. It just occurred to me how perfect it is that the town featured in the WSJ article is named Hugo — as in “Ceci tuera cela” Victor Hugo. Oh, the irony!